Cristian Amigo is an American composer, guitarist, producer, and educator who explores connections between art (classical and jazz) music and American popular and roots musics. Known as an acoustic and electric guitarist, and improviser, Amigo writes avant-music for chamber ensembles, orchestra, opera, theater, and film; he composes and performs in various roots and experimental music groups including The Gotham Roots Orchestra and Kingdom of Jones. 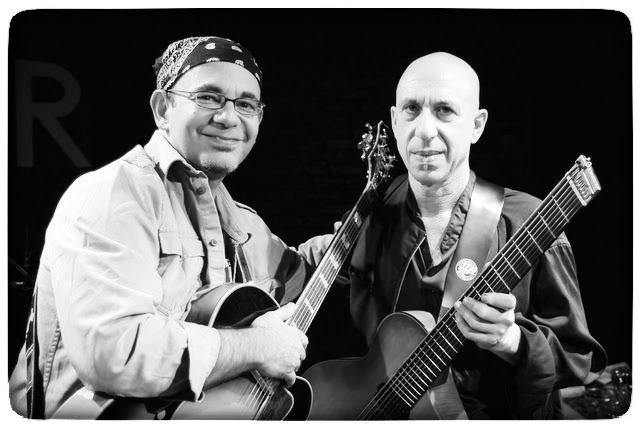 His awards include fellowships from the John Simon Guggenheim Memorial Foundation, the Smithsonian Institution Center for Folklife and Cultural Heritage, and Meet the Composer. His work has been supported by the National Endowment for the Arts, the New York State Council for the Arts, the Brooklyn Philharmonic, the American Composers Forum, and Innova Recordings, among others. 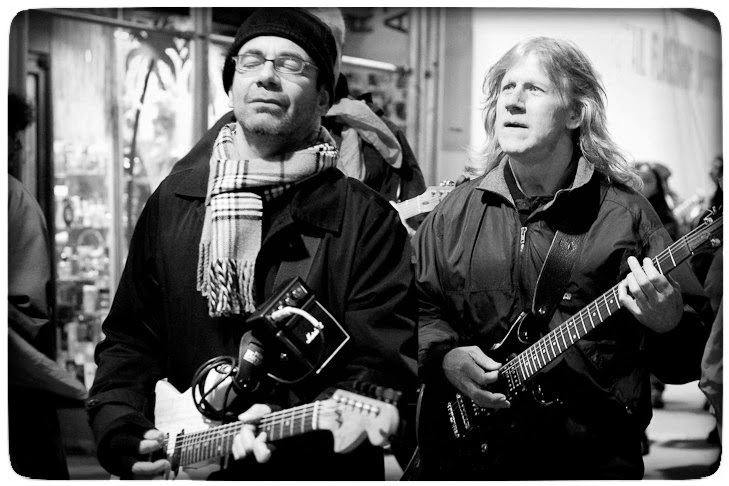 with Nick Didkovsky in Tilted-axes-music-for-mobile-electric-guitars.

The 2012 New Grove Dictionary of American Music contains an entry on Cristian and his music. In 2011, he produced the recording NYFA: 25 Years of New York New Music, an anthology that includes music from Meredith Monk, Pauline Oliveros, Joan Tower, ETHEL, and hundreds of others.

It was a no-brand Spanish guitar (nylon strings) that was lying around the house. My father had two licks he could play on it from an intro to an Argentinean zamba. The strings were literally about a half inch off of the neck so it was nearly impossible to play or tune.

I do not know why I need music because it is such an ingrained part of my living. At this point, I cannot separate nature from nurture. I am just used to doing it every day for three hours minimum. It is scary, but when I take a break from playing the guitar, I can easily forget about it. But I begin to get ill-tempered and uncentered.

The physicality of it.

When I improvise freely in a concert context, new things happen; things I don’t ever practice. That’s nice, liberating.

I grew up with so many kinds of music. My family emigrated from Chile when I was three, I think largely due to my father’s imaginary American rock ‘n’ roll soundscape. He liked 50s and some 60s rock, tango, Argentinian folk music, French chanson, American country music, and pop music.  In the early 70s he had a radio show in New Haven, CT where he explored the mixture of “Latin” music with American music, back when there was not a common use word for intercultural. My uncle Arturo jammed with Louis Armstrong once.

My own influences are more musical than guitaristic although I love so many guitarists. Miles Davis and Stravinsky have been the biggest continuing musical influences in my life by far.

I am a fan of roots-based guitar musics, so some of my favorite legendary guitarists are Atahualpa Yupanqui, Violeta Parra, Charlie Patton, “Mississippi” John Hurt, John Lee Hooker, Carlos Hayre, Oscar Avilés, Jerry Reed, Chet Atkins, Merle Travis, James Burton, Falú, Paco de Lucia, Sabicas, and on and on. On the jazz side my all time favorites are George Benson, Tal Farlow, and Joe Pass. On the experimental side Sonny Sharrock, Elliott Sharp, Bern Nix, Dom Minasi, and Hans Tammen among many others. Carlos Santana of course for being himself and the only Latino role model in mainstream American culture when I was growing up. Jimmy Page and Led Zeppelin for the sound and dream of freedom. Anybody with soul and/or an open vision.

Seventeen. I choose the 1962 ES-175 given/perma-loaned to me my good friend and author Glenn Kurtz (Practicing: A Musician's Return to Music) It is the finest electric guitar I have ever played. The wood, the age, the frets, the set-up… are from a different age. It has a specific voice like a great singer. It’s been very hard for me to figure it out, but I keep trying. I'm scared Glenn's going to take it back if I don't figure it out soon.

I want a sound like Miles and Violeta Parra; a sound that immediately touches the listener’s heart, a sound wherein the player and the listener are one vibrating entity.

What would you ask to the next guitarist in this serie?

Well, it is very important to my development and confidence as a musician, but sometimes I think it is a fetish that musicians use to give conceptual meaning to something (sound) that the body can understand without so much conceptual mediation. Alas, Western people, including me, are still stuck in this limited concept of mind detached from body duality. The other day, I saw something in the Times about “the continuing mind-body problem.” Ha! That’s a white culture white man problem that a yoga class and meditation can help alleviate.

The Afro-Peruvian and Criollo maestro Carlos Hayre (I was his second guitarist for a time) told me once: “if you are going to play cowboy music, play cowboy chords or else you’ll be taken for an idiot and also get your ass kicked.” These were wise words about context.

I have lots of gear, but my set-ups are always simple. Guitar (tele, Les Paul, semi-hollow body types) to some kind of light overdrive to Malekko delay is the most basic right now. I play with my fingers, use different picks, and beat, rub, and vibrate what I can. Oh, and Fender amps:  a vintage 1957 Champ, a Super Champ XD, a ’65 Deluxe Reverb reissue, and a vintage  ’69 Bandmaster Reverb head into various speaker configurations.

Goya and Eric Dolphy in a free-form trio. 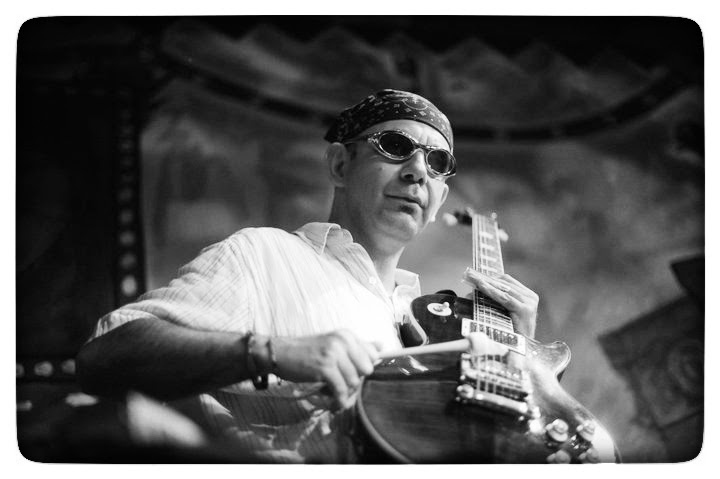