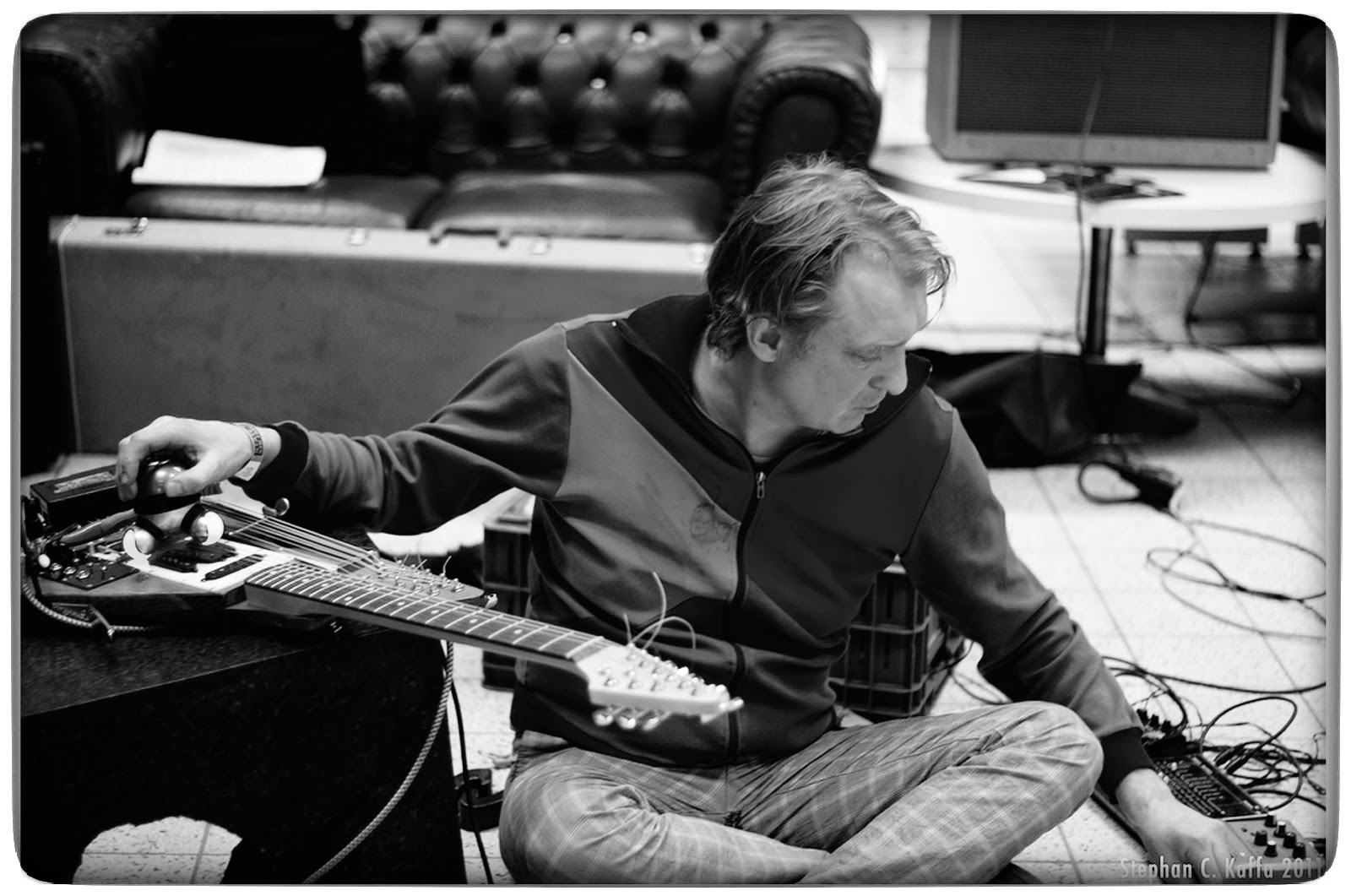 Lukas Simonis has his roots as an instrumentalist and musical 'activist' in the industrial music and noise rock of the Eighties ( Throbbing Gristle, the Residents, Pere Ubu, Sonic Youth and beyond).Being a part of the Rotterdam jazzbunker scene (a collective that consisted of heavy drug induced punk rockers, freejazzers, early electronic musicians and pre-postrock combo's) he discovered the delimited world of improvisation. In the meantime & after he played in bands like Dull Schicksal, Trespassers W, Morzelpronk, AA Kismet, Liana Flu Winks, VRIL, Stepmother and Coolhaven. At the same time he was organising concerts, events and films, first at the Jazzbunker in Rotterdam later on the Dissonanten festival, the Dissidenten festival, Popifilm, Dodorama and WORM, a multimedia centre for experimental art and nowadays as KLANGENDUM, a foundation for radio-art & soundart that organises concerts (VROOOM), makes radio (as Dr Klangendum on the Concertzender), organises residencies (@the Worm/klangendum studio) and does all kinds of sound related projects. 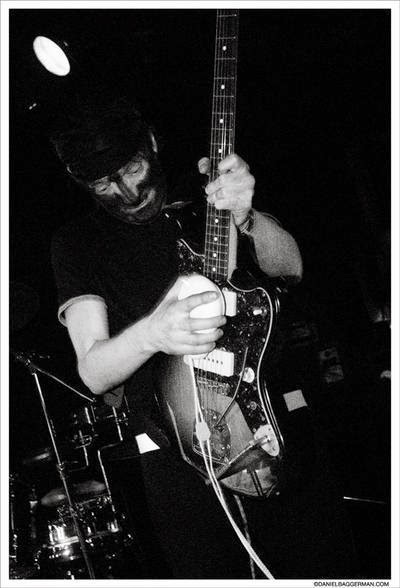 Simonis collaborated with lots of people from different backgrounds. For instance; Apricot My Lady (with Ann La Berge and the Bohman Brothers), Vril (with Bob Drake and Chris Cutler), Goh Lee Kwang (Kuala Lumpur), Jim Whelton (London -as Perfect Vacuum and It's A Miserable Day). Pierre Bastien (Paris/Rotterdam), Dave Brown (Melbourne), The X-Static Tics (with Henk Bakker and Steve Beresford), Eugene Chadbourne (USA), Peter Stampfel (usa), Stepmother (with Jeroen Visser, Bill Gilonis and David Kerman), and lots of other people. The last year (2013/2014) Simonis worked mainly on Radio Projects (for the Concertzender and the Radia Network), soundwalks (curating but also producing) and sound Installations (with Dirk Van Lieshout). The next year (2014-2015) will bring some new releases and a return to playing more live-concerts, both as a solo artists and with different bands and projects, ao. Stepmother, X-Static Tics and Coolhaven.

songs on the radio. this was the sixties and fm radio was still ok to listen to. i remember 'no milk today'. And there was this DJ that had phone-ins with people and he asked them 'Make the sound of a cigaret' (or a woolen sweater or an oak tree or anything else). If they did it well he gave them 20 singles and 3 LP's or the likes. So that must have influenced my musical practice a lot i realize now...

I tried to avoid it my whole teenage years through... Allthough i was always thinking about playing a guitar. This kind of routine is just part of my character. Then finally, when i was 21/22 i started a band and was forced to take up an instrument, starting with bass i took up the guitar very soon afterwards.  Why? Because you could make a lot of noise with a guitar without too much trouble...

Nothing in particular, as i have fondness for most of the stuff i did, but always for different reasons. I cannot understand musicians that make stuff and never listen back to it. Just getting it our of their system i guess. This is not the way i work. It might also be the reason i don't have a huge catalogue... If i don't like to listen to something repeatedly, why release it... The first and foremost reason i make stuff is for myself... I want to make stuff that I like to listen to... 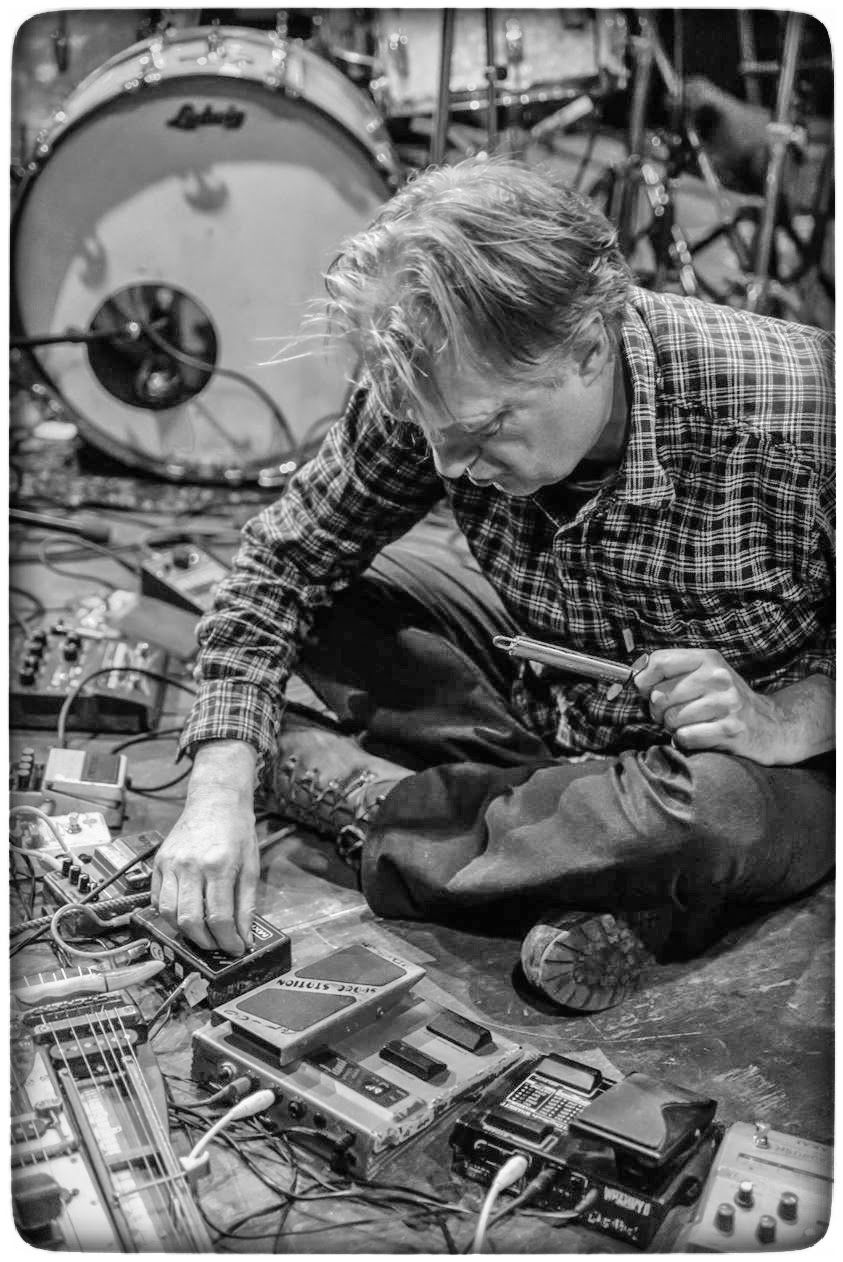 But answering your question whatsoever; Perfect Vacuum, Stots & News; because i didn't know what those records would end up like when i (we) started making them.  For example, Perfect Vacuum started as an improv duo...

As a boy i really liked the Beatles (still do). I'm exactly the punk generation so that influenced me a lot, and though i loved the Sex Pistols/Gang Of Four/Stranglers/Wire /Swell Maps music a lot i almost immediately discovered great stuff like The Residents (we're talking 1977-1982 now), Throbbing Gristle, Half Japanese, Mayo Thompson, Come Organisation,  Art Bears, L.Voag, The Work, etc.
Later in the 1980's i became part of a musician's collective  that mainly consisted of hardcore punks and free jazzers. In those days i got into jazz a bit, mainly improv & free stuff. Coltrane, Pharaoh Sanders, Ornette, Taylor, etc. but also a bit of Monk a lot of Mingus and stuff that was around in those days like the NY downtown scene (Laswell, Branca, No NY, Zorn) and the so called 'Dutch Swing '(Mengelberg,  Breukers, Bennink).
In the meantime i checked out (and am still checking out) any good music that comes from anywhere in the world; african (ethiopia) south american (cumbia), asia (tuva), but i also like the sixties a lot (from punk to electronic to obscure pop and rock and folk), not to mention 20th century classical music (weil/stravinsky/schoenberg/ives, etc). 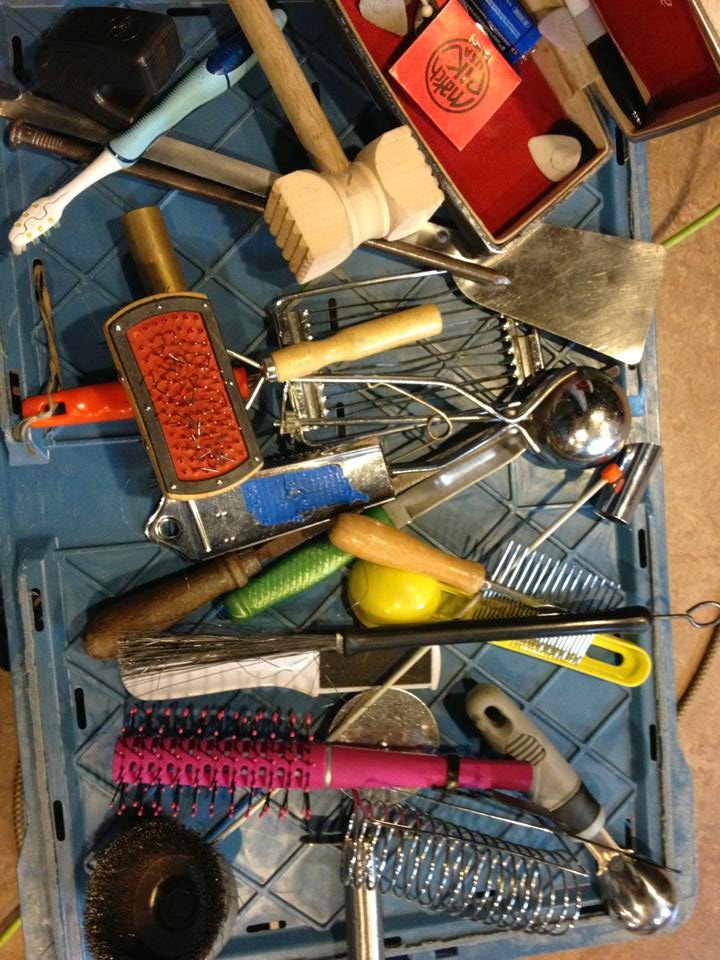 But i'm not answering your first question....
My musical roots; the George Baker Selection (especially the song 'Holy Day' which is about holidays). My influences: All things Outsiderish.

How would you define "danger" in an artistic work?.

Here's a little poem i took from Hedayat's 'Blind Owl'.

other thing which brought their contribution of anxiety and fear
were coughing
which sounded like that of the gaunt,
black horses in front of the butcher's shop;
my spitting
and the fear lest the phlegm
should some day reveal a streak of blood,
the tepid, salty liquid which rises from the depths of the body
the juices of life,
which we must vomit up in the end;
and the continuous menace of death
which smashed for ever the fabric
of the mind and passes on.


Nature Stands Aside by Candlesnuffer

you mean if i work with them for the first time?
if yes;

nothing. just play and see/hear what happens.

if i hire them to do a project of my own?
if yes;

please do what i say.

you mean out of general interest?
if yes;

an incoherent answer;
-  when i started taking guitar lessons in the 80ties my teacher (who played in a well known rock band) compared my technique with 'a car with square wheels'.  I enjoyed that comparison.
- Jad Fair never bothered to learn to play proper guitar, his 'technique' is still the same after 40 years -strumming... as if he plays a tennis racket (an out-of-tune tennis racket) Still he made some great albums and did some great shows.
- i lose interest when i see or hear people that cannot use their instruments in a way that makes any sense; either through poor technique or by thinking that being virtuoso is a good reason to stop thinking about what they're doing...
- don't confuse technique with anything that is according to the rules.

'Music is good when it sounds good ' (Keiji Haino -somebody compared this with David 'Grashopper' Carradine's so-called Profoundness in the Kung Fu series on TV, but i totally agree with this beautiful open door)

i have a fender jazzmaster that i use a lot, together with a Yuri Landman built guitar that i only use for improv/soundy stuff. I have lots of effects, nothing special. Utensils. Tools. Anything that helps me mutilate my guitar...

A Void. Not so much in the artistic sense, but logistically; what to do with your music. Give it away on Spotify or Soundcloud or sell it for a dollar/euro on Bandcamp... Releasing records (or even cd's) only makes sense if you do a lot of touring (which i don't) or are a household name in any kind of niche , and even then it's hard.
This is one of the reasons i didn't release a lot the last few years.

In artistic terms anything is possible.... But finding out about new interesting stuff is kind of difficult as all media hold on to their own little niche (or big niche for that matter). And what interests me the most is stuff that operates outside the lines... Hybrids, Monsters & Iconoclasts...

At the moment i'm doing a few things at the same time (you asked for it, so you're gonna get it);
- making a soundwalk with 5 poets for 'the poets quarter' in amsterdam
- sounddesign & music for Stella Van Voorst van Beest's new film about sleeping and dreaming
- making an album with my 'swiss' new band Stepmother  (the other 3 live in CH, allthough nobody is swiss; david kerman, jeroen visser and bill gilonis)
- last stages of the long awaited (well, at least by it's members) Coolhaven album which will be called 'Mwoaahh'
- radio project with the X-Static Tics called 'Ireland Perverse'.
- duo CD (?) with Dave Brown aka. Candlesnuffer. 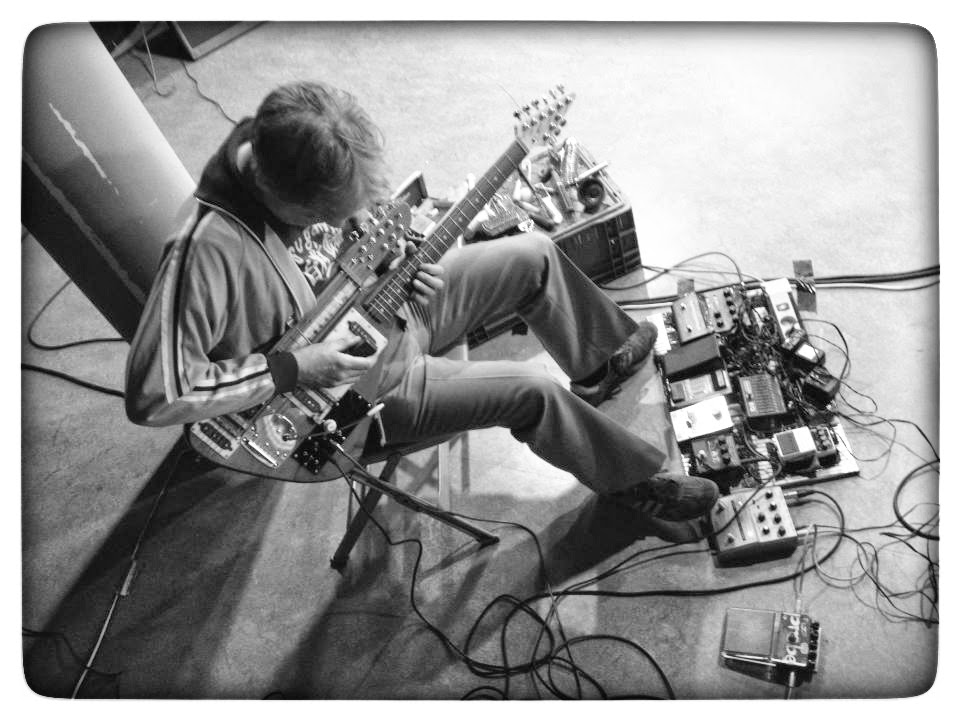 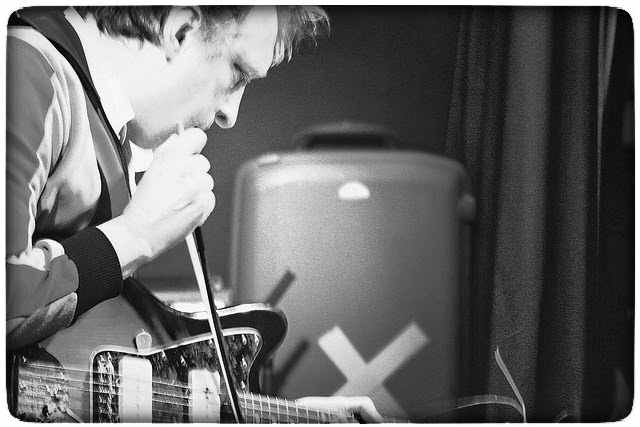 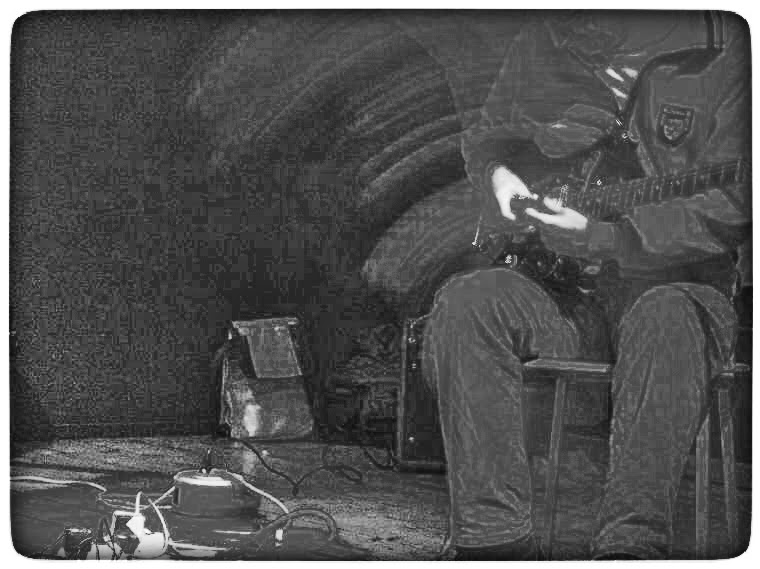 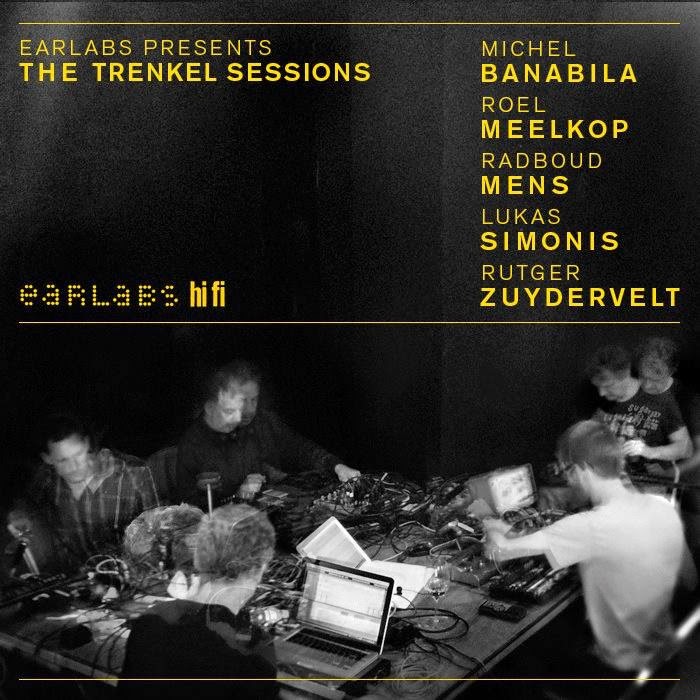 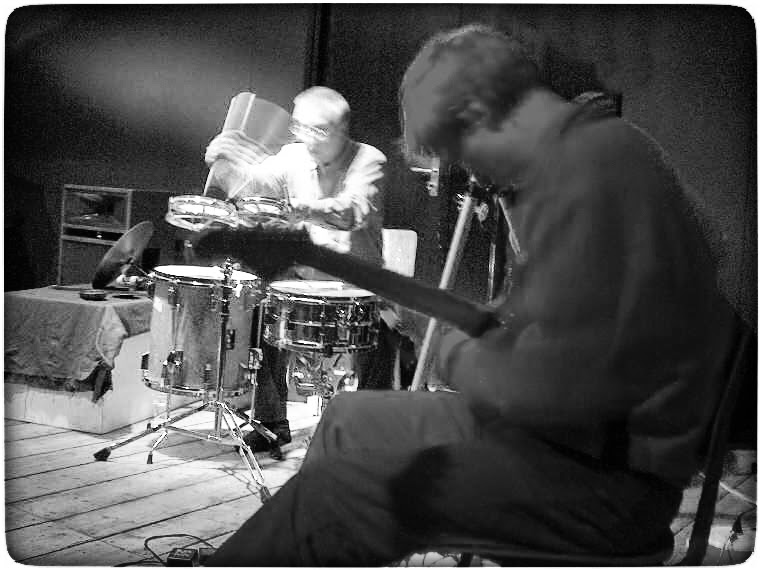 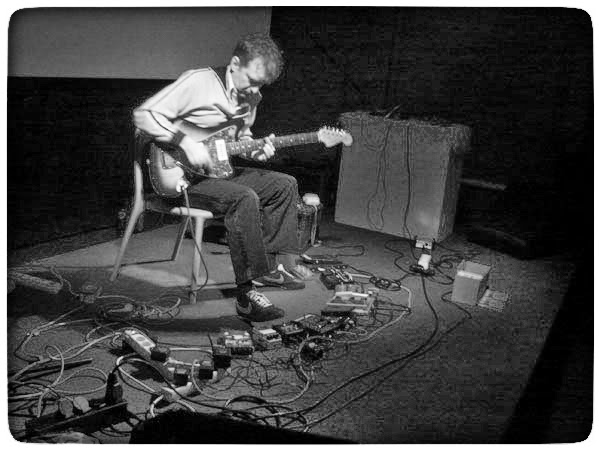 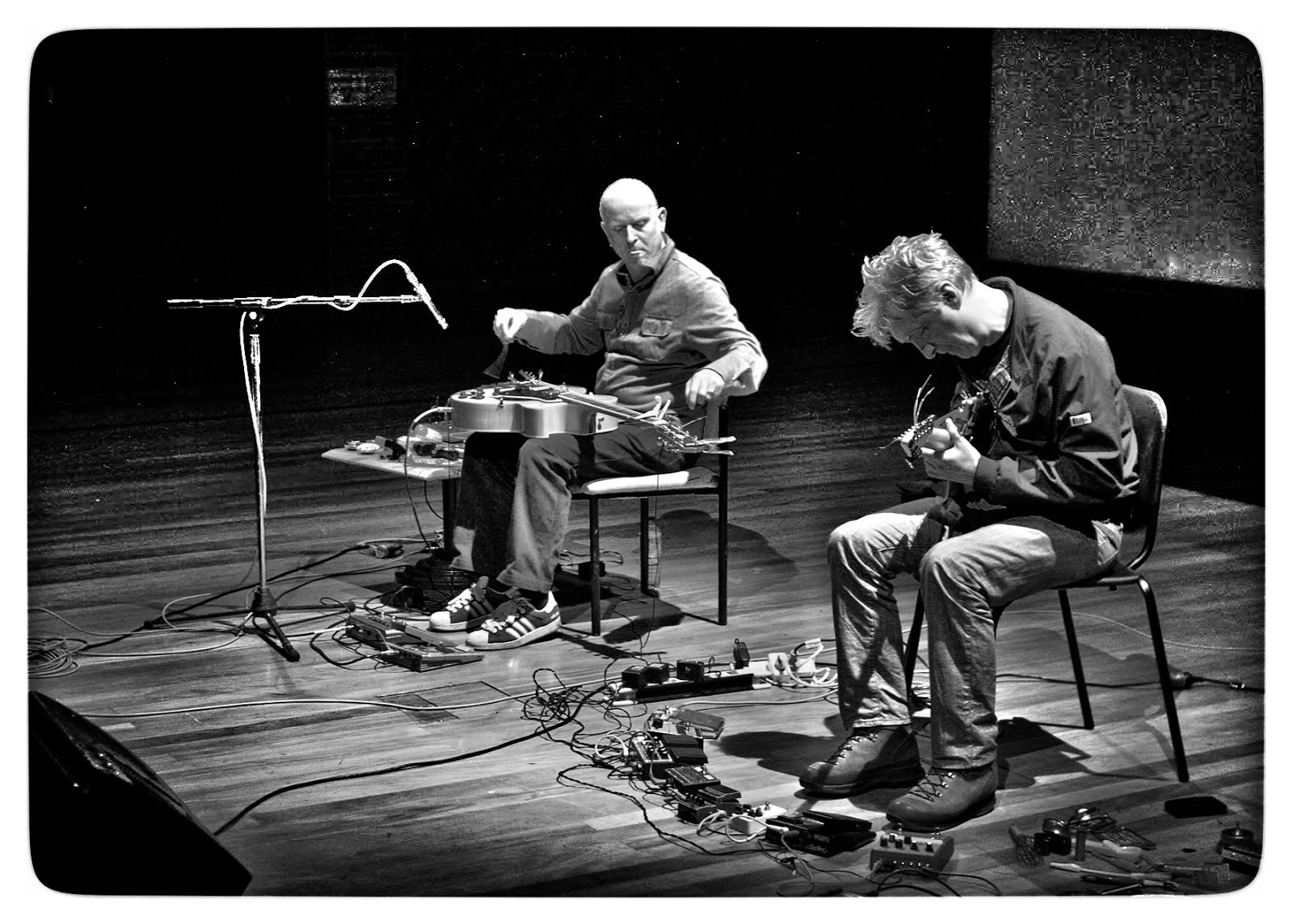 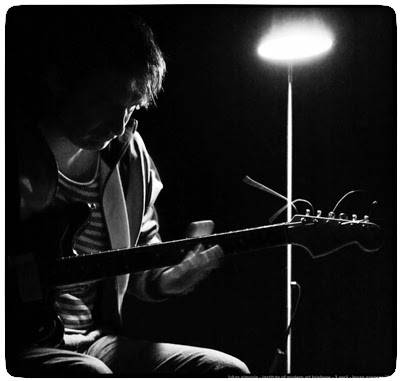 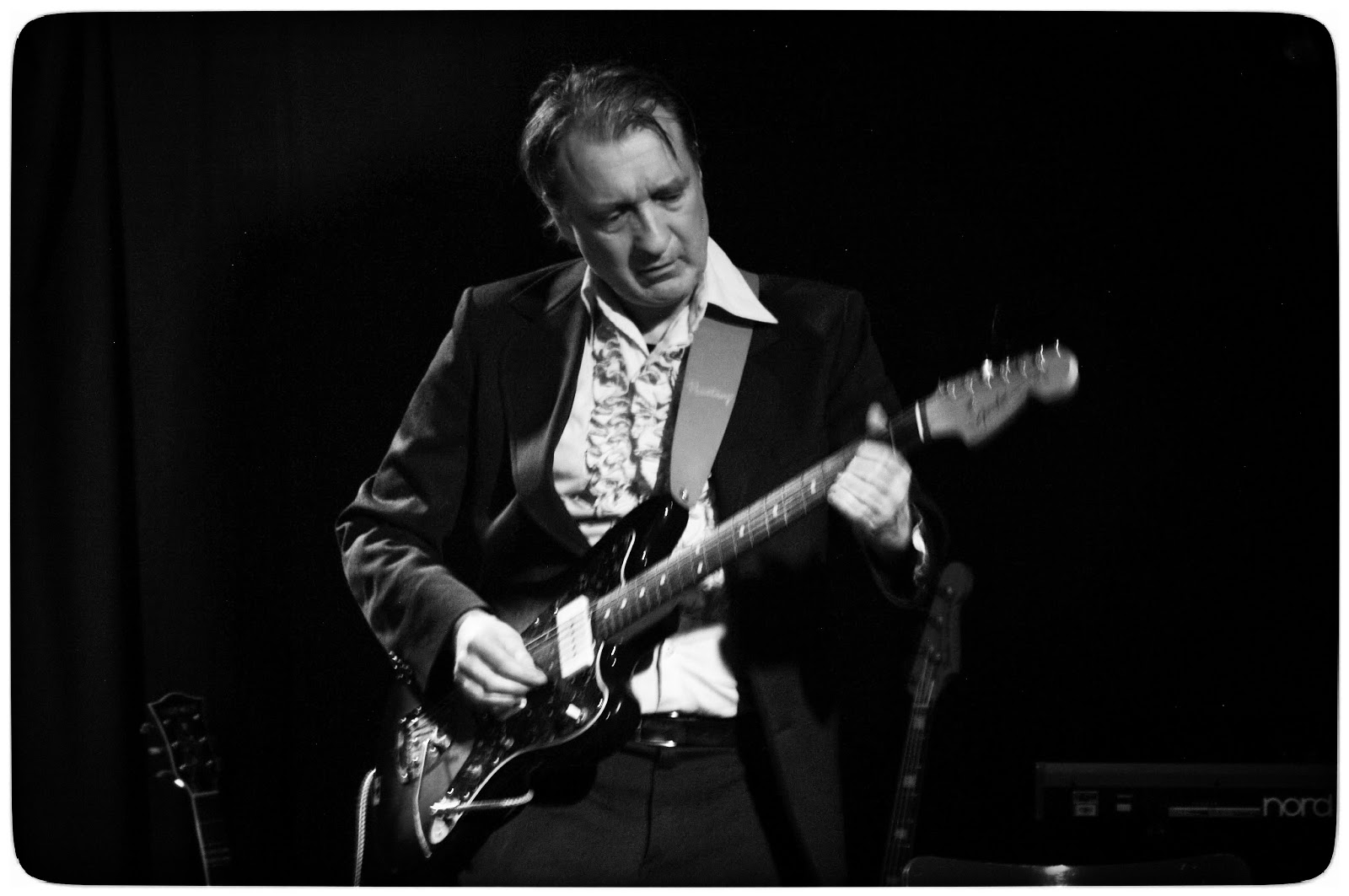