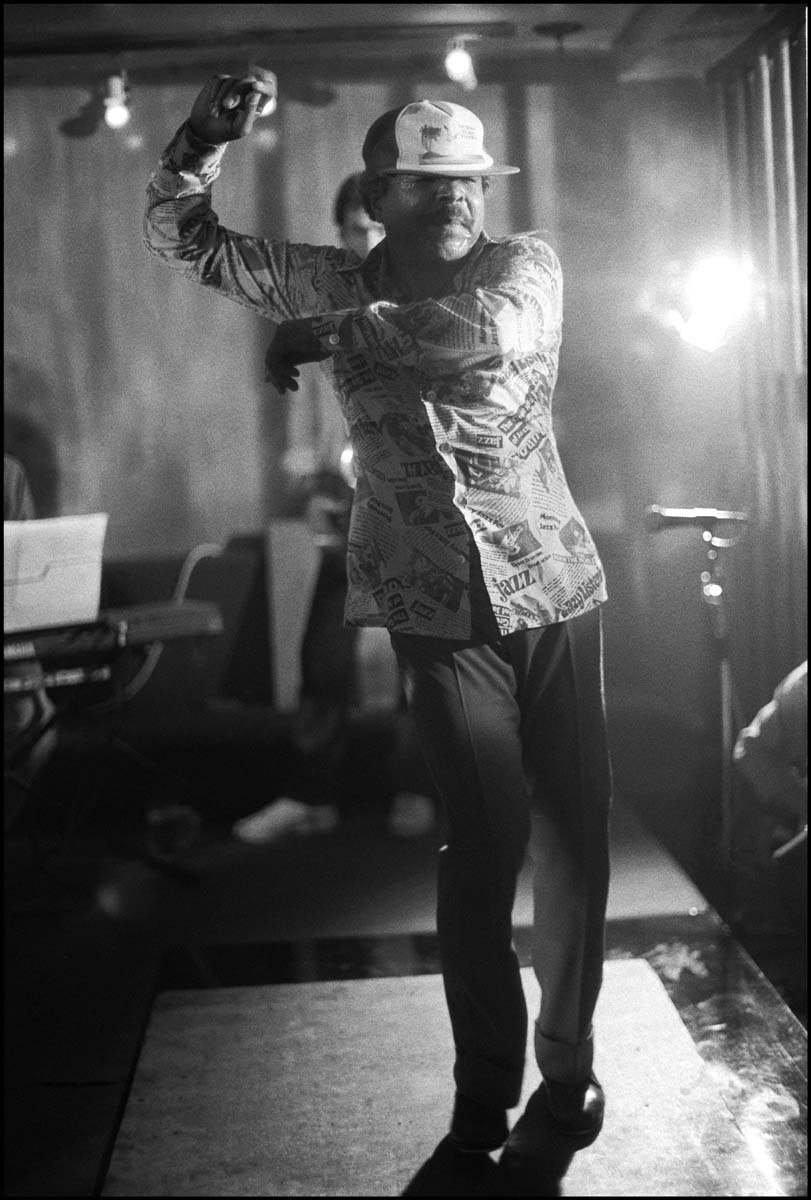 He was born in Baltimore and grew up in Detroit where he learned his craft. At the age of 20 he saw The Duke Ellington and Count Basie Orchestras, Dizzy Gillespie and Billie Holiday. From there Gaines worked with such greats as Lucky Thompson, Kenny Burrell, Tommy Flanagan and Sonny Stitt at the Apollo, NY 1954. In NY in 1957 he joined Cab Calloway’s Cotton Club Show and Martha Ray’s Night Club in Miami; an danced in Las Vegas and Washington, DC where he performed in front of President Eisenhower, and finally Central Park, Manhattan, NY.

He became a well-respected expensive opening act commanding $500 a-night: quite a step up from the $65 a week he earned when he started. He went on the road again in 1958; then opening at the 500 Club in Atlantic City on to Toronto and Buffalo NY. Gaines arrived in London in July 1963, appearing at the Pigile, Ronnie Scott’s, and in 1964 the Palladium with Norman Vaughan, Tommy Cooper and The Jack Parnell Orchestra. He appeared at the Royal Festival Hall as well as Festivals in Glasgow, Edinburgh, Bracknell, and Birmingham. Gaines got to the small screen as well.
TV appearances range from Play School to Top of the Pops, and he is the first American Jazz Hoofer to perform at the Royal Opera House in Covent Garden. In 1997 Gaines celebrated 50 years in Be Bop and his 70th birthday the year after. Admired all over the world, Will Gaines is always spreading the word of jazz tap.

Will Gaines, the American “hoofer”, who has died aged 86, began his 70-year career in Detroit, went on to the Cotton Club in Harlem, but ended up settling in Rotherham.

An unashamed entertainer, Gaines hated being described as a “tap dancer”. Instead he spiced up “hoofing”, a shuffling form of tap, with stories, reminiscences and gags. A reviewer in The Daily Telegraph described his mesmerising footwork as making a sound “like crumbling ice cream wafers”. Though principally he accompanied, or was accompanied by, jazz bands, Gaines was able to improvise steps to genres ranging from flamenco to the Baroque of JS Bach. In the course of his long career, he performed with Duke Ellington and graced the same stage as Nat King Cole, Sammy Davis Jr and Louis Armstrong.