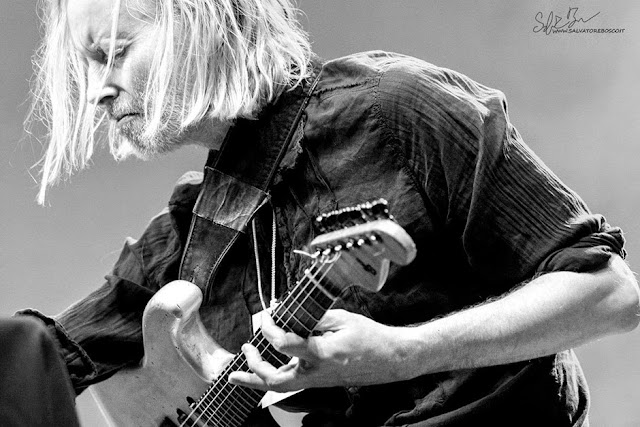 Live at the JAZZ Fest Sarajevo


Norwegian Eivind Aarset is one of the most respected European guitarists of today. His stylistic versatility and ability to be creative and authentically expresses himself regardless of musical idiom, or the context in which he makes music, made him a unique voice and presence on the music scene. The sounds of his guitar captivate critics and audiences creating acoustic landscapes of magical beauty.
He released the first album under his own name Electronique Noir in 1998, and the next album Light Extracts three years later. After these albums Aarset's aesthetics was quite clear to the audience and critics. After the album Connected(2004) and Sonic Codex (2007), the live album Live Extracts he signs his fourth studio opus for ECM which he presents here in Sarajevo.