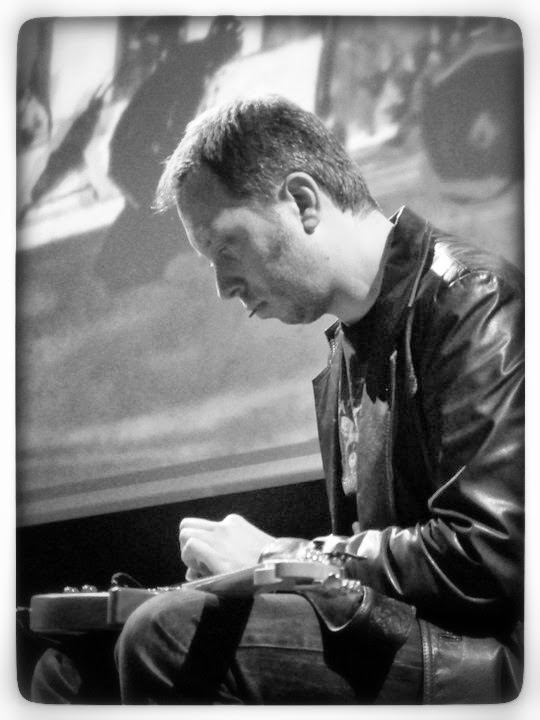 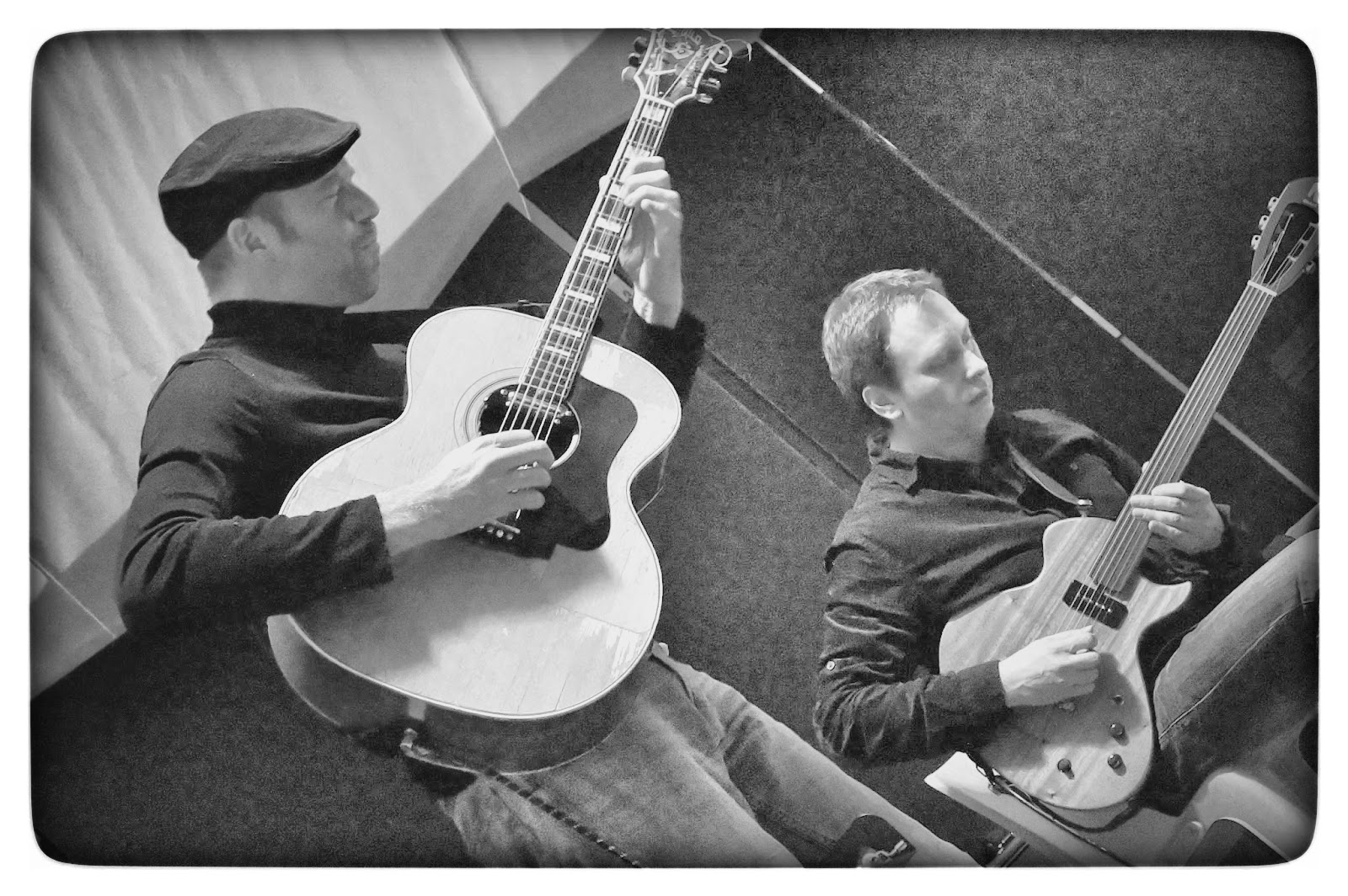 I just remember it was a bass, not a guitar!

I need music to feel good, music is life, music helps me to express who I am, what I feel ...
I don't know if I can live without music ... I’ve never tried, however I know it would be difficult to livewithout a guitar.

A close and vibrating instrument.

Maybe my last work with my quartet, It was a big challenge to compose for this band, just a 3 hour rehearsal before the recording, but with this band you can't go wrong!

Big question! I think my roots are the blues, when I play I always feel the blues. My influences are many, Robert Johnson, Thelonius Monk, Steve Reich, contemporary music ....the list is too long!

I have 10 guitars, but each are very specific, Oud, 12 string, fretless, resonator, banjo, guitalele, lapsteel, classical, folk and my favorite, the KOPO Pearl, an electric 7 string guitar  made by Frédéric Pons.
This guitar is the perfect mix of all the guitars I had before, the 7 stringhas opened a new world to me, this guitar can sound very electric but very acoustic too, thanks to the wooden bridge and piezo!

The Valley of Death (california), warm, Beautiful and sometime scary.

My dream has come true with my last recording, "Warrior", with Tony Malaby (sax), Antonin Rayon (Hammond organ) and Tom Rainey (drums), now I want to play more ... and more, and find a new dream.

Long time ago, someone told me: go straight ... you will get somewhere.

BLUES ....the revelation! And teaching.

I just released 2 CDs, "Colors in Water and Steel" (futuramarge.free.fr)a duo with Danish guitarist Hasse Poulsen, a total improv duo, always a blast to play together. And "Warrior" (futuramarge.free.fr), my French/ American quartet with Tony Malaby, Antonin Rayon and Tom Rainey, I composed all the songs for these projects, a great band,  music is so easy with these amazing musicians, please note that we will be available for concerts from February 9 to 22, 2015.
I also work on silent movies with French guitarist Pierre Durand, and a trio "Got to Bear this Feeling of Blue", with singer Caroline Faber and Eric Dambrin (drums). 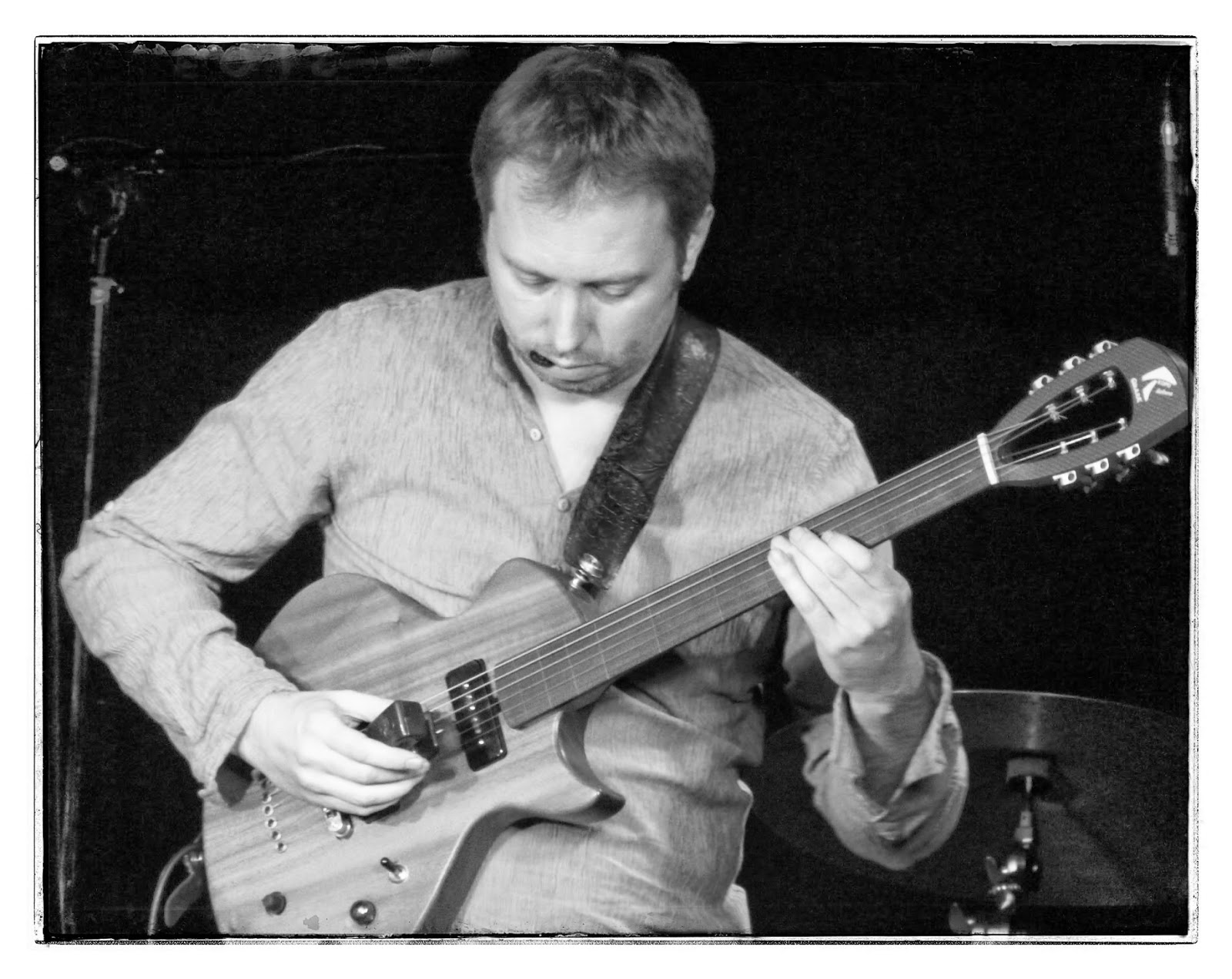 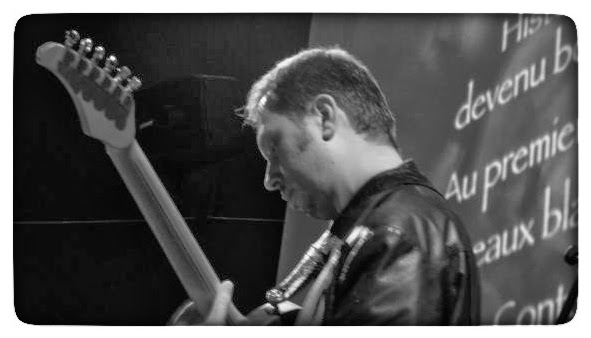