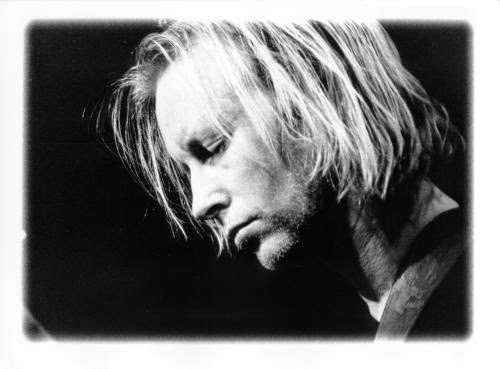 Eivind Aarset is a guitarist with a unique musical vision that absorbs and reflects all manner of music while retaining an enviable individualism and high quality craftsmanship that can span from quiet intimacy to searing intensity. His debut as a bandleader on Jazzland Recordings was described by the New York Times as "One of the best post-Miles electric jazz albums," setting a high benchmark that Aarset has consistently met and exceeded, both in the studio and in live performance. 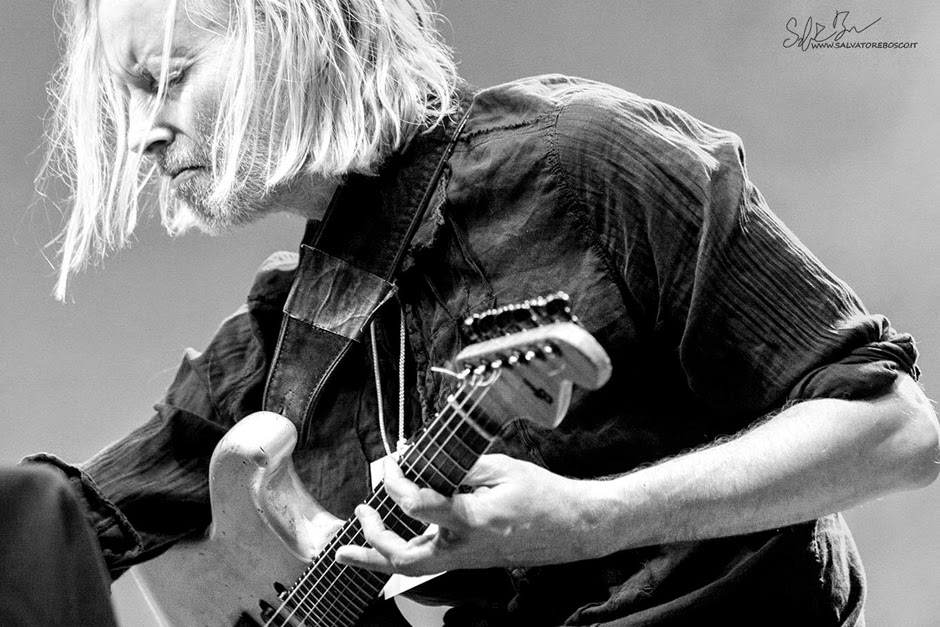 
Aarset's musical awakening happened when, at the age of 12, he heard Jimi Hendrix. "I started on the guitar as soon as I heard him," he recalls with a smile. "I bought a second hand Hendrix record and that was it. Then I started getting into rock bands like Deep Purple, Black Sabbath, Santana and Pink Floyd before my brother introduced me to the music of Miles Davis, the Mahavishnu Orchestra, Weather Report and Return to Forever. After a while, I got into the ECM sound of Jan Garbarek, and Terje Rypdal, who was a big influence. Then I went on the road with a fulltime heavy metal band, a fantastic experience, until I got tired of being angry every night! Then I quit and became a session musician." 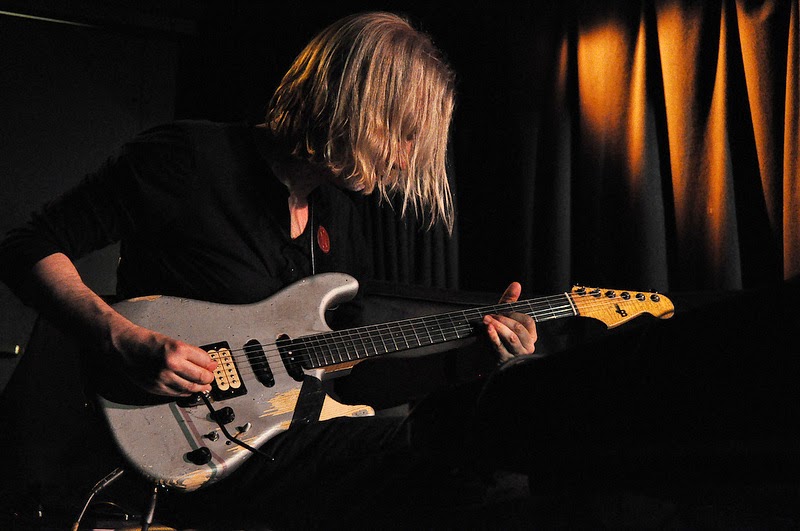 As part of the band, Ab & Zu, he created the unique guitar style and sound he would later develop further as part of saxophonist Bendik Hofseth's group. However, it was his involvement with Bugge Wesseltoft and the Oslo Jazz underground that crystallized the sound he was seeking: "What drew me to this music was the hypnotic grooves and musical freedom I found," says Eivind. "There's no established rules or tradition in what I am doing, you can make the rules up as you go along. Rhythm is the centre of the music, the landscape the soloist travels through. It's fresh territory and I have no idea where this scene will end up, but there's a lot of great sounds and new music being created which makes it such an exciting scene." 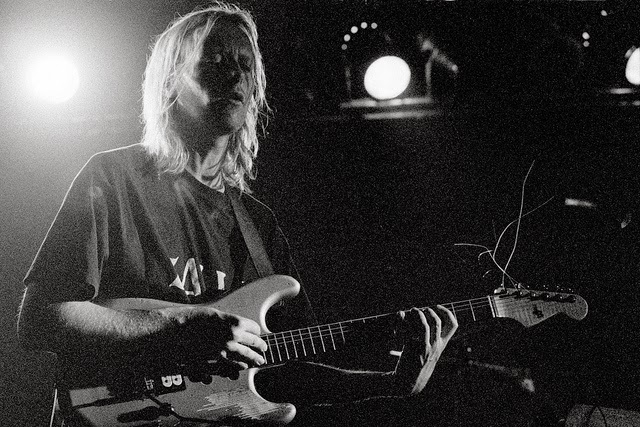 In 1998, Aarset released "Electronique Noire", his debut as a bandleader, and among the first Jazzland releases. Critics cast about for description that fitted the album: "Post rock"; "Nu Jazz"; "Post Miles Ambient"; and "Drum 'n' Bass Fusion" are among the many efforts, yet none truly captures the unlikely match of diversity and coherence that the album displays. During this time, Aarset was working and touring with Nils Petter Molvær, recording on the trumpeter's landmark album "Khmer" (and each Molvaer album since).

In next album, "Light Extracts," ambience and club rhythms were present, but the music was becoming a truly separate organism. Aarset retains melodic elements, and uses sound as poetry or painting, somehow anchoring it in definite imagery rather than the abstract. "Connected" perfectly captures Aarset's working method. The music has become self-referential, yet manages to retain warmth and openness. The overtly club music aspects of the sound have been fully consumed, and are accompanied by a new glitchiness, courtesy of Jan Bang, Erik Honoré and Raymond Pellicer. Aarset erases any of the potential egoism of being a guitarist with a Zen-like calm in favour of stronger musical statements. In addition to Hans Ulrik's clarinet comes Dhafer Youssef's oud and voice, bringing the electronic and the acoustic to a new equilibrium rarely achieved. "Sonic Codex", Aarset's forth Jazzland release, takes concepts from his earlier albums, restates, elaborates, and then amplifies them to create a true masterwork that may well be a defining moment in Aarset's career. It puts forward Aarset's rules of engagement with the listener, and very deliberately quotes and redefines the musicality that made up his previous three albums, "Electronique Noire", "Light Extracts", and "Connected", yet also points his way forward; it is an innovative present that simultaneously summarises the past, and predicts the future.

Taken from various venues, and with slight variations of personnel, Live Extracts is an expressionistic version of his sonic world, allowing the interplay of the musicians to grow both inside and out the song structures that Aarset's fanbase know so well, creating something utterly new in the process. The opening and closing tracks, although growing to and from separate established pieces from the Aarset oeuvre, are superb examples of spontaneous music, filled with atmosphere and delicate brilliance. And for those who have never experienced Eivind Aarset's live performances, Live Extracts will be a revelation, one that will make them pay very close attention to concert listings in future. 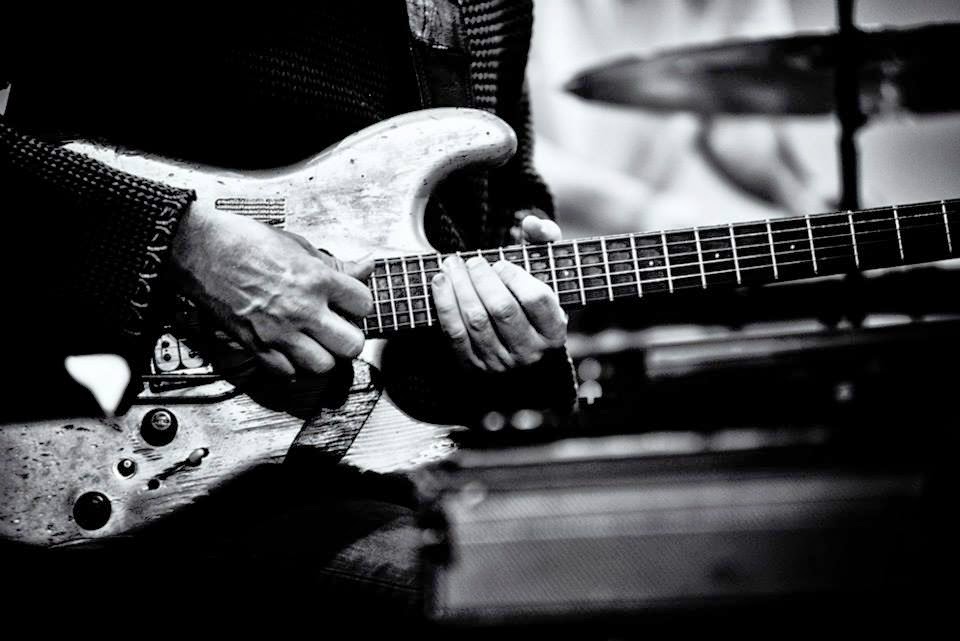 Working closely with Jan Bang – who co-wrote several of the tracks – "Dream Logic" lives up to its title, with motifs and musical "images" merging and emerging from guitar-based soundscapes. At one fluid and dynamic, the effects can be hypnotic or disconcerting by turns, yet the feeling throughout is that one is listening to an artist at the peak of his powers. The working relationship with Jan Bang has created something familiar and strange, and perhaps represents Aarset’s most ambitious project to date, not in the scale of the production, but in the capable and determined exploration of hitherto barely explored regions of his sonic world. Where Aarset will go from here is anyone’s guess, but what is certain is that the journey will be worth taking.

Well, now it is basically the tool I use for musical expression, and there are not so much technical difficulties involved as it would if I used another instrument. But originally when I was a kid, it was two reasons of why I fell in love with the guitar… I had two elder cousins who I really looked up to, they both played electric guitars in rock groups.. I loved to listen to them, hearing stories about gigs, and the smell of tube amps in their rooms.

But maybe more defining moment was when I as an eleven year old bought a LP of Jimi Hendrix playing live… the record was called “Hendrix in the West” and I still think it is a fantastic record. This record opened my mind to music and to what guitar playing could be. 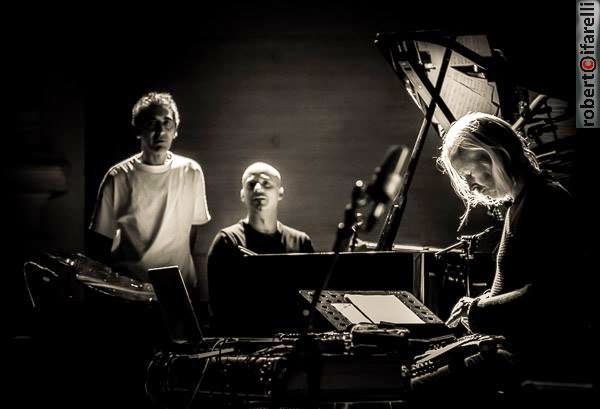 I don´t expect anything, but I am happy if the music can wake me emotionally, transport me to a different place, remind me of thing that sometimes fade in everyday life, like the power and colors of life, sensuality, nature, or tell me about new possibilities

Well I sort of like stuff on all my records for various reason, ( and there are things I am not so happy about too : ) But Electronique Noire from 98 was the first record I made and it was really a big defining moment for me, I explored a lot of new ideas and developed a lot during the process. And I am also very proud of the last one: Dream Logic. On this record we managed to keep the whole record within its own atmosphere or esthetic, which is something I like as a listener, but I have found it hard to do as an artist.

I believe technique in art is very important. And I am not talking about obvious virtuosity, which in my opinion in some cases seems to be a trap.No the technique I find interesting; is to explore new ways to an instrument with an open and play-full mind, and from the new techniques we can develop new directions, an expand our palette of colors. I think the world of art are full of examples of this.

Well a good guitar for me is a guitar that inspires me, that has a identity, and feels good in my hands. But I have experienced also with guitars that sometimes I must adjust myself and my playing technique to reveal the true character of that particular guitar

I love the possibilities I get with my computer, recording, mixing ,producing and editing. I can do a lot of stuff that would cost a fortune, if possible at all, a few decades ago. I love watching youtube, finding live clips of different artist I like, or discovering new artists. But at the same time I don´t like that the possibility of making a living by doing music, or running a studio, is made much more difficult as a side effect of the digital revolution

I am looking for a sound that resonates with the setting I am working in. I have experienced that my sound works totally different in different settings, and I like to feel my playing melting together with the music

Extended techniques are a very integrated part of my playing, the reason why is most of all to expand my vocabulary, … the extended techniques I use are basically involving different electronic effects, changing parameter in realtime to get the phrasing and the color I am looking for. I am also using Ebow, bow, contact microphone to pick up noises from the body of the guitar, and attaching different objects on the strings

I enjoy the feeling of making something new, when I find something new it gives me energy and makes me happy. it is a necessary process to define where I am going 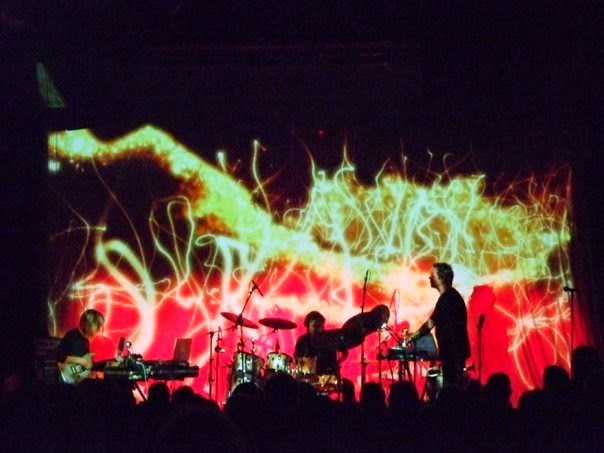 I have recorded a new album with my band, it is not finished yet, but it is more raw sounding than anything I have done before .. a nice contrast to my previous record…
I am also working on some film music, and besides doing a lot of live gigs with different projects, I will also be involved in recording a couple of new band projects this year… we´ll see what happens 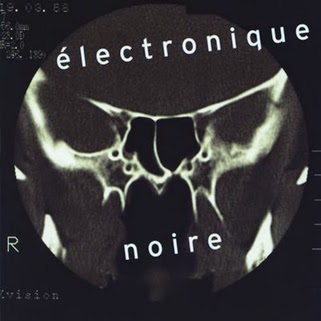 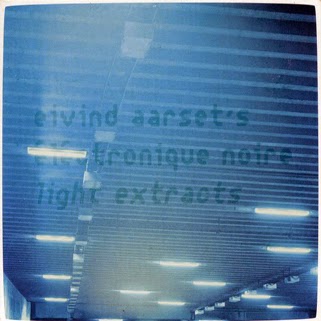 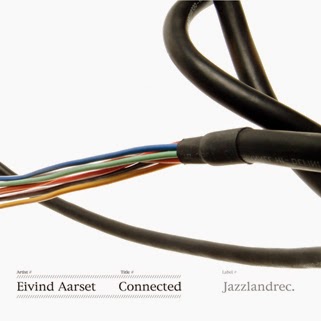 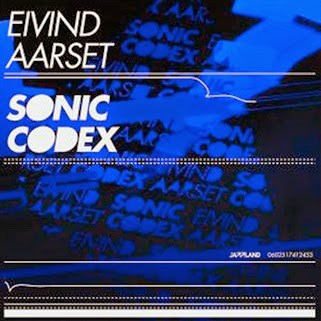 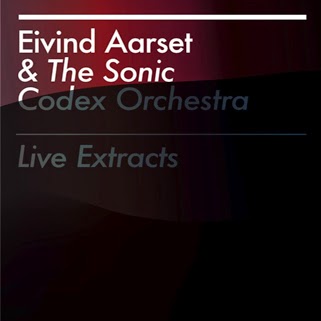 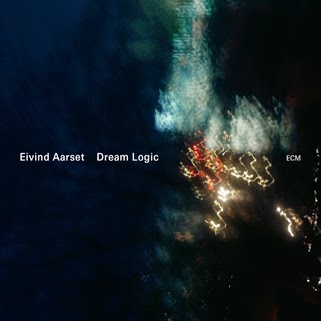 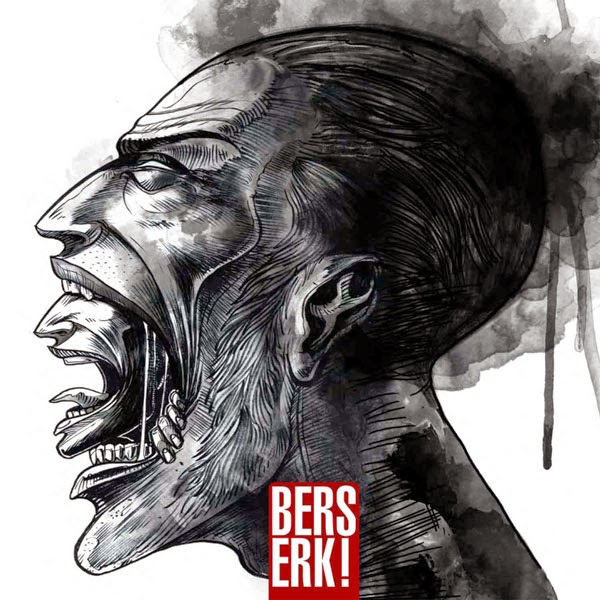 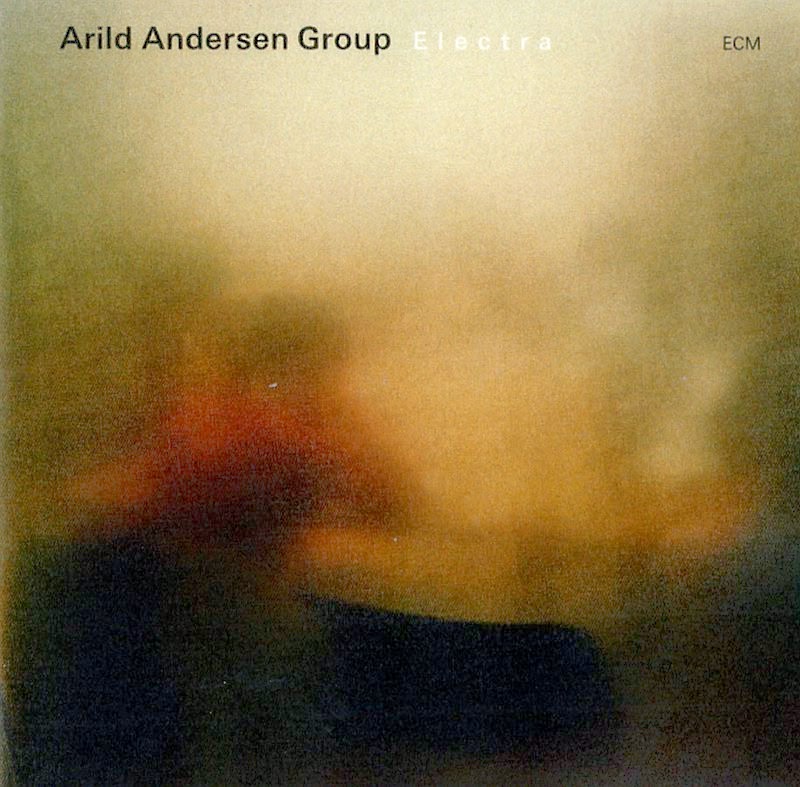 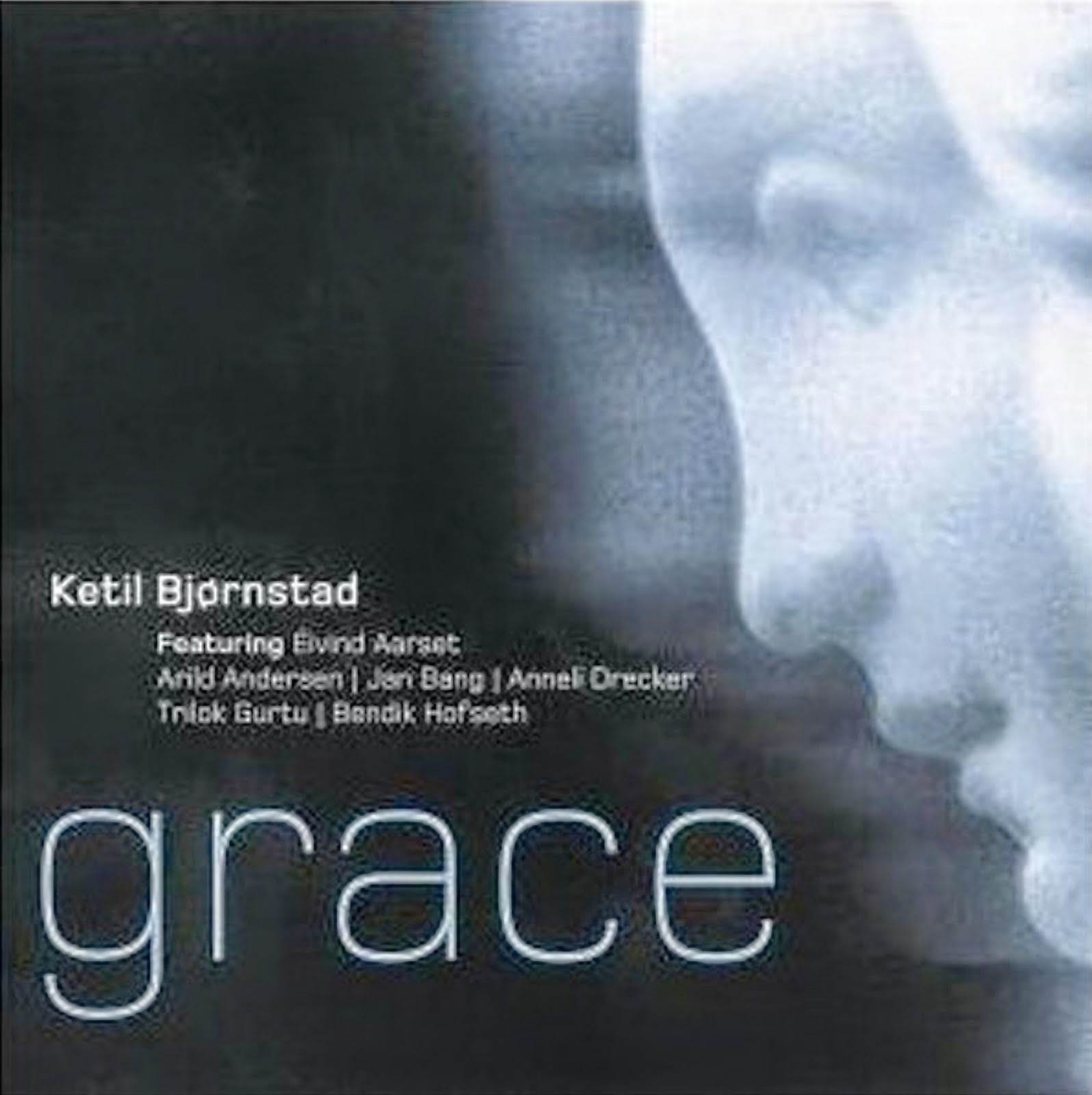 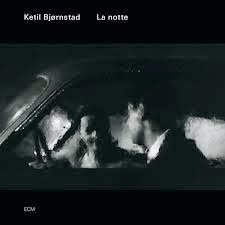 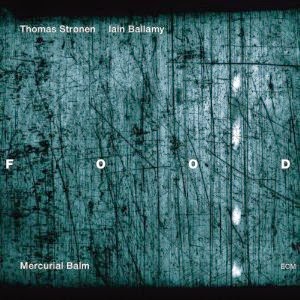 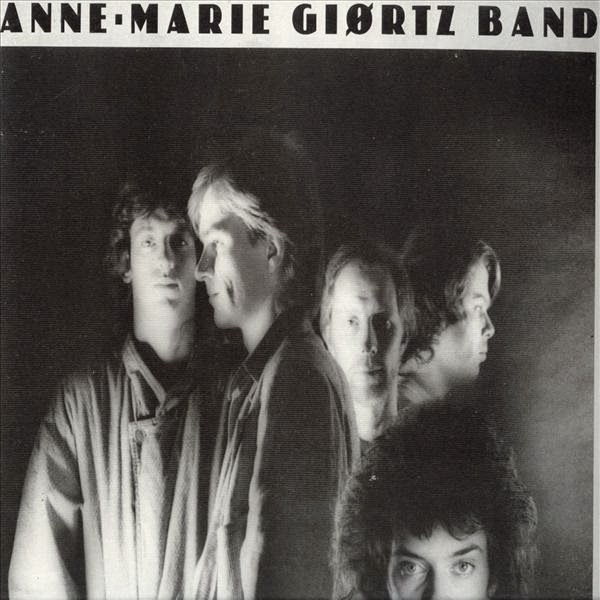 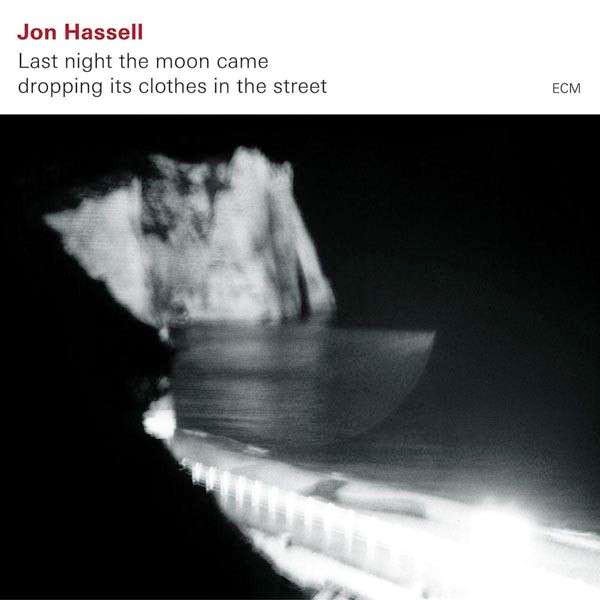 2009: Last night the moon came dropping its clothes in the street (ECM Records)
With John Hassell 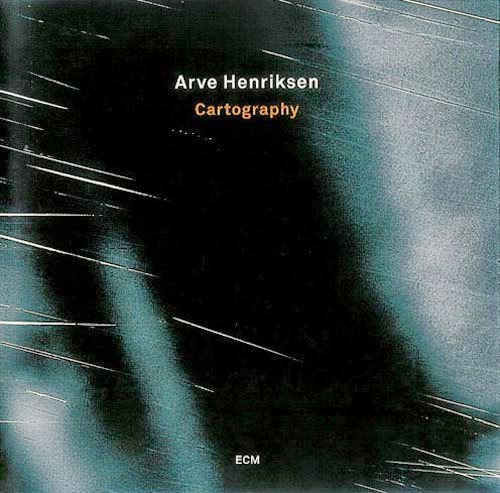 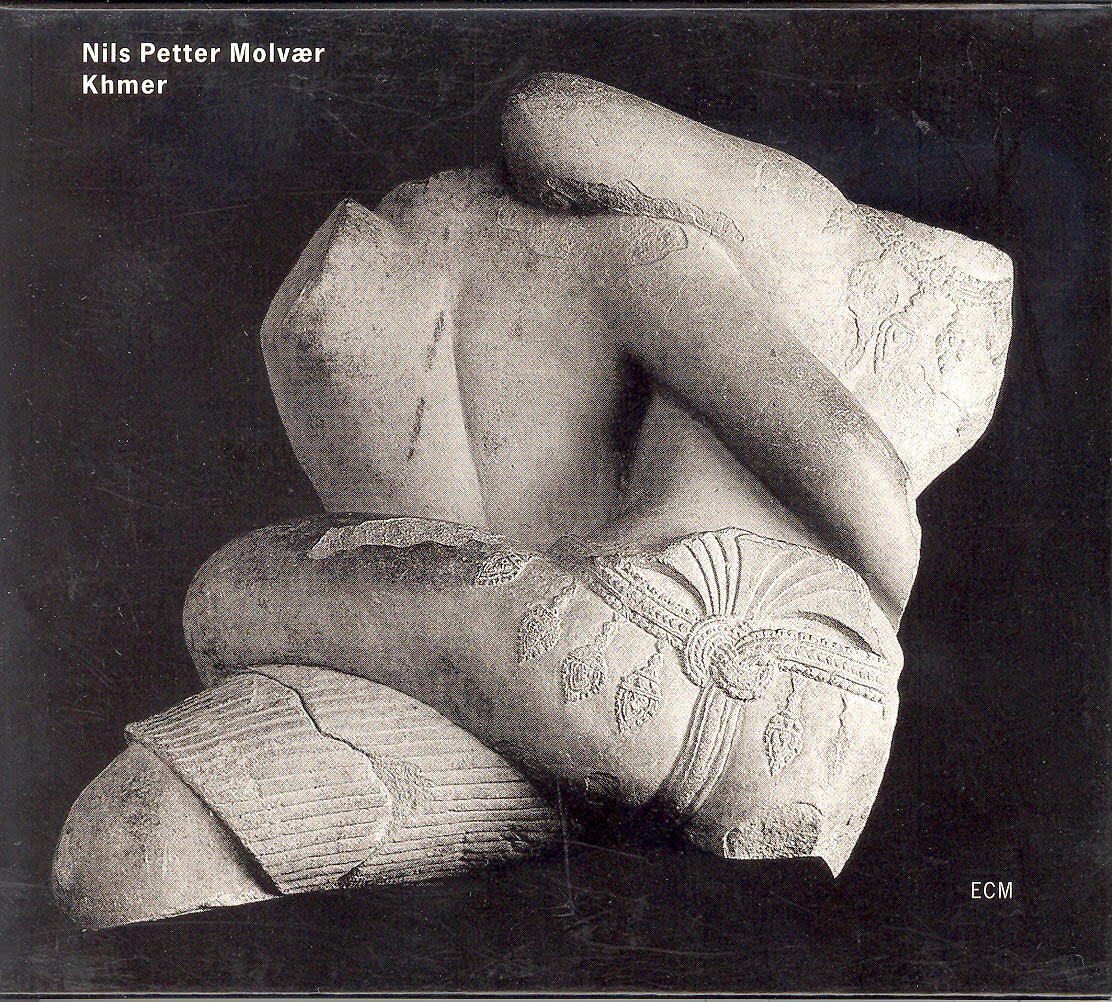 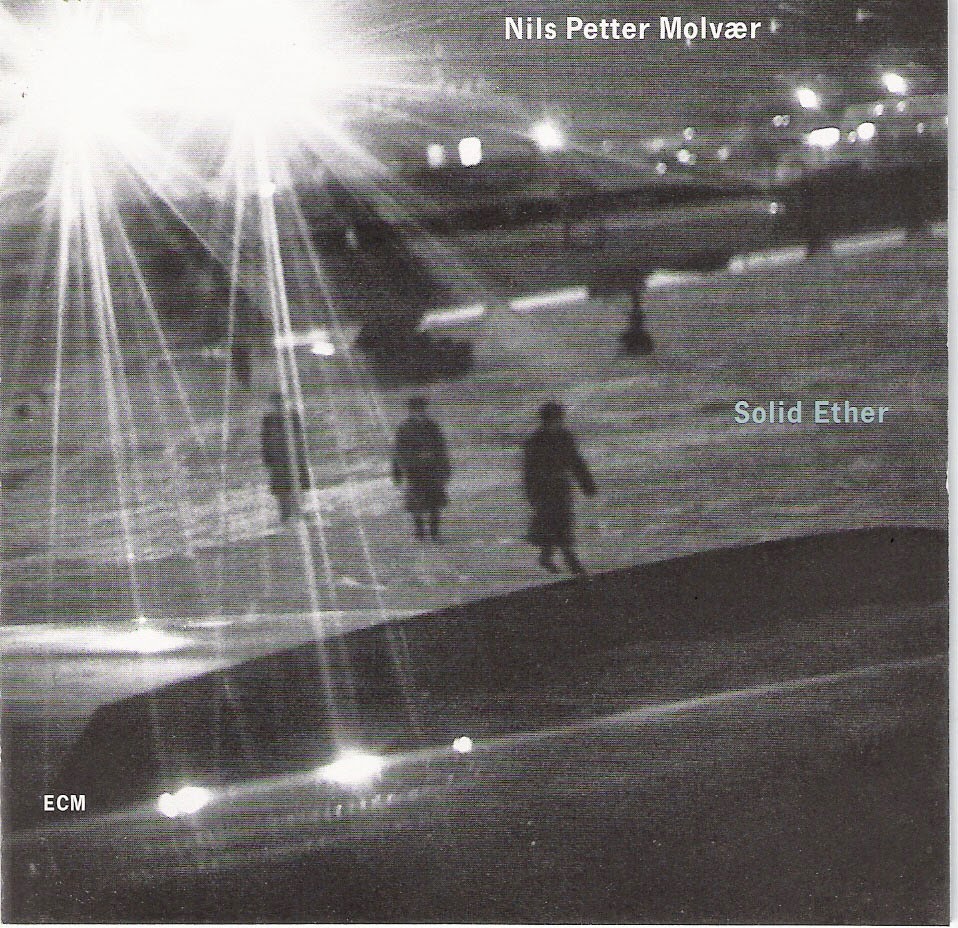 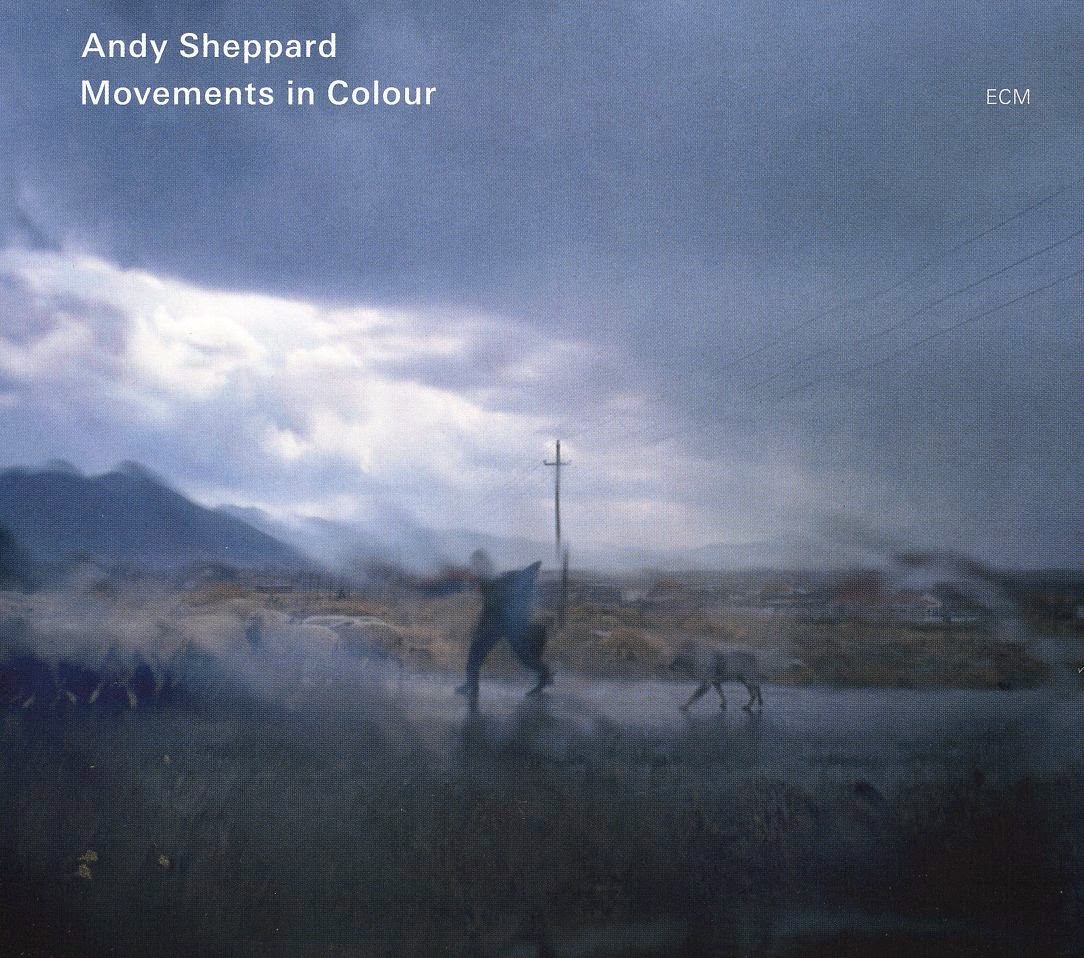 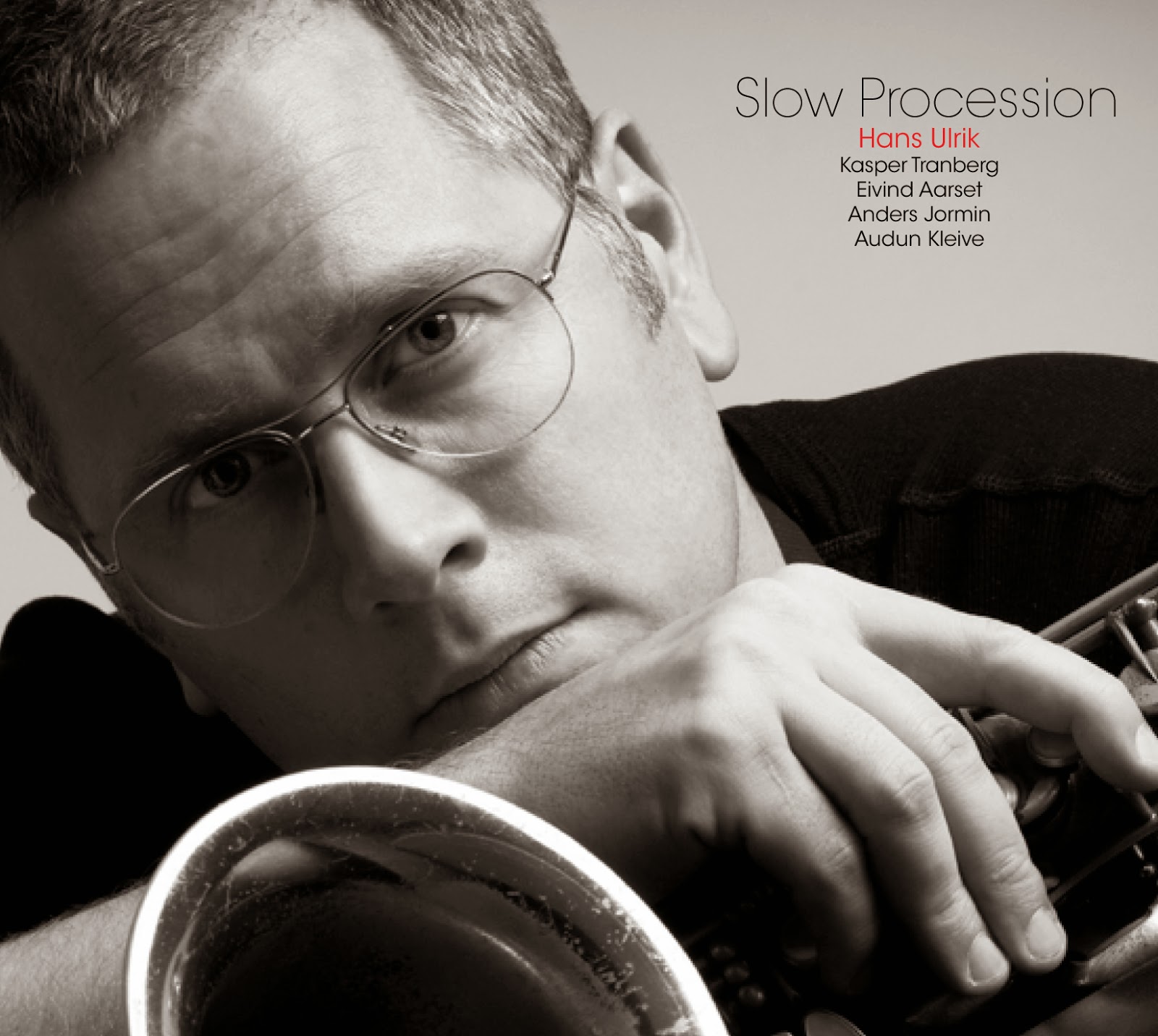 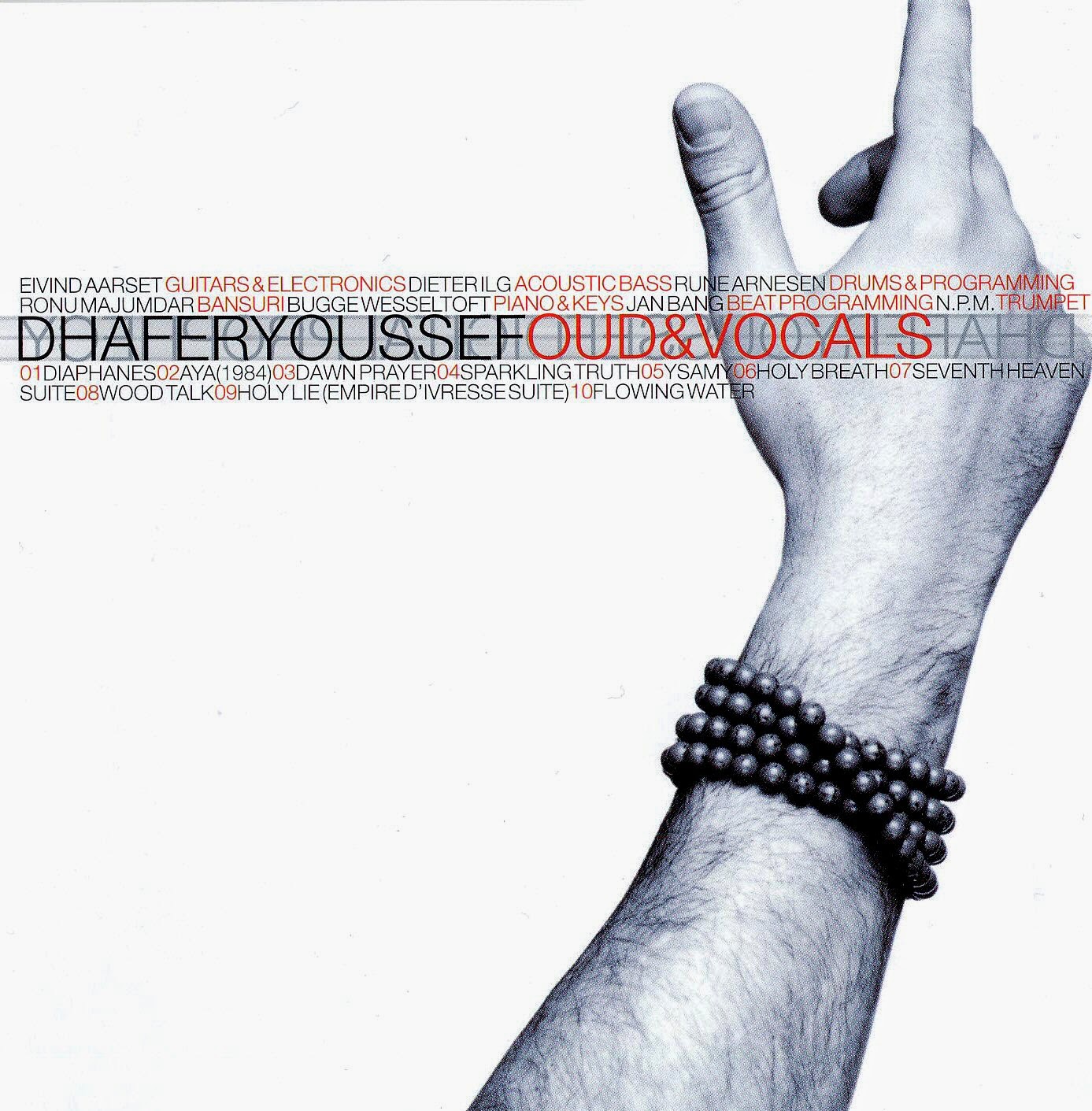 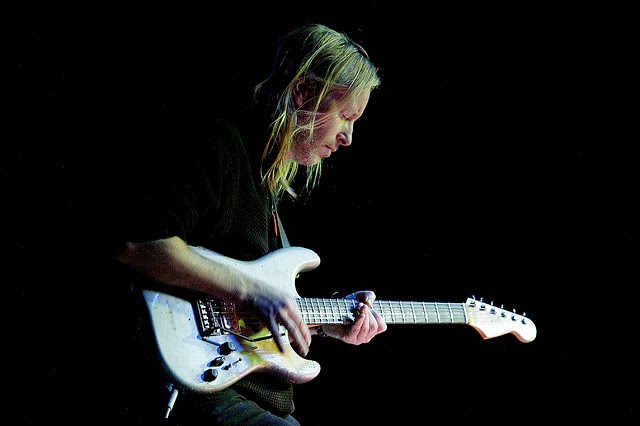