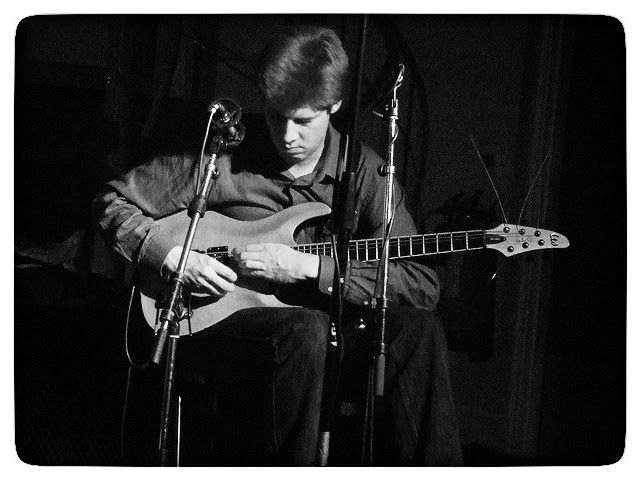 Alex Ward was born in 1974. He is a composer, improviser, and performing musician. His primary instruments are clarinet and guitar, and he has also performed in public and on recordings on alto sax, piano/keyboards, bass guitar, and as a vocalist. He was based in Oxford from 1992-2000, and since then has lived in London. 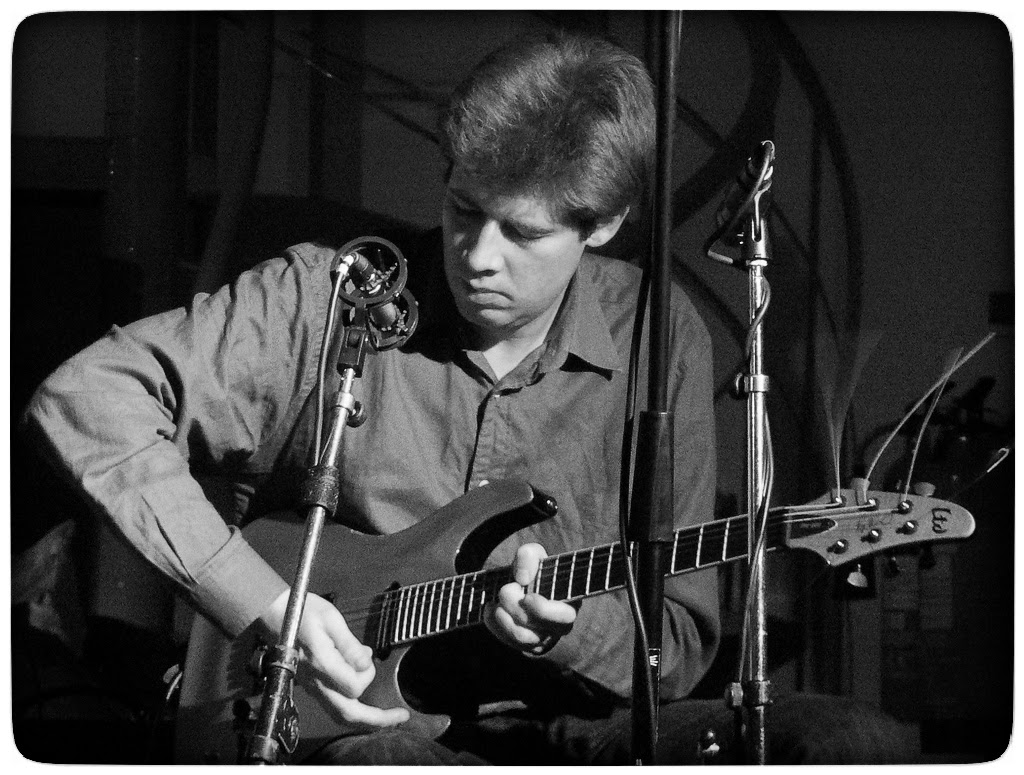 His involvement in freely improvised music dates back to 1986, when he met the guitarist Derek Bailey. As an improviser, he was initially principally a clarinettist (sometimes also playing alto sax), but since 2000 he has also been active as an improvising guitarist. On both instruments, hIs longest-standing collaborations in this field have been with the drummer Steve Noble. 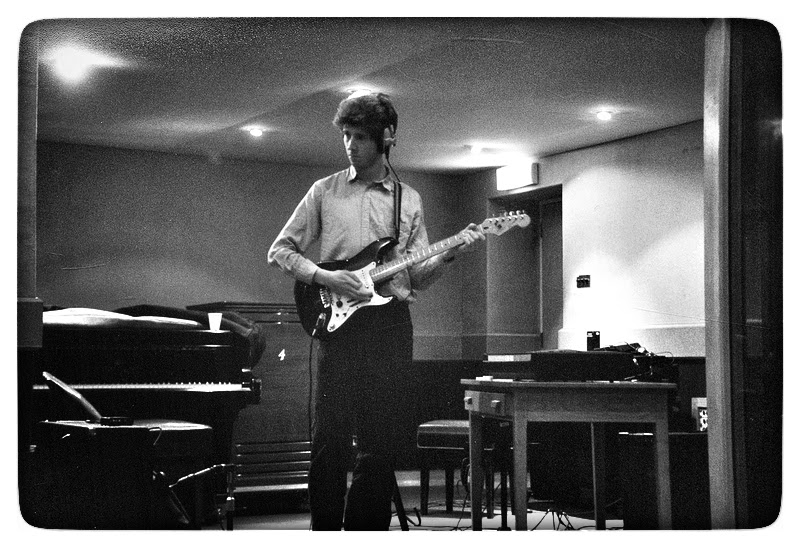 From 1993 to 2001, most of his activity as a composer took place in collaboration with Benjamin Hervé, mainly in the context of the rock band Camp Blackfoot. From 2002-2005, his writing was mostly done solo, and was primarily focused on songs. Since 2006, he has been heavily involved in both solo and collaborative composition, predominantly (though not exclusively) of instrumental music. Much of his writing and performing during this time has been done with Dead Days Beyond Help, a duo with drummer Jem Doulton. He also currently leads a number of bands including Predicate, Forebrace, The Alex Ward Quintet/Sextet, and Alex Ward & The Dead Ends. 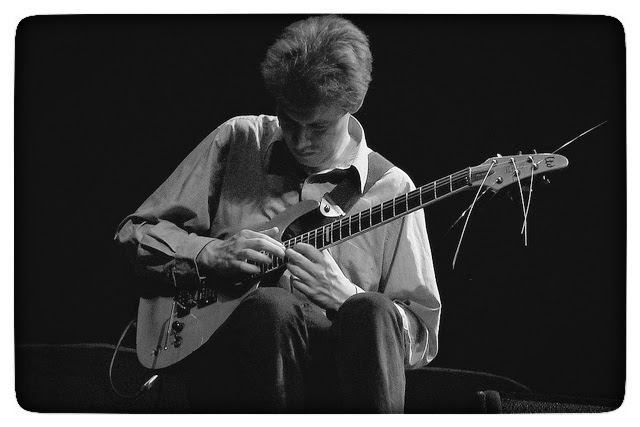 He has been a member of many other groups including ensembles led by Eugene Chadbourne, Simon H. Fell and Duck Baker, and has also done various work as a session musician and in collaboration with other media. Since 2005, he has co-run the label Copepod Records with composer/performer Luke Barlow. He does the recording, mixing and/or mastering of most of his own music, and for many of the groups he plays in.

It was a cheap charity-shop nylon-strung acoustic, which I presume was bought with me in mind but was around the house from as long as I can remember. From the ages of about 8 to 14, I used to put it into self-invented tunings, find implements around the house to use as makeshift slides, drop microphones hooked up to small tape recorders into the sound-hole to create feedback and pseudo-electric distorted sounds, and detune the lowest strings and play haphazard chromatic improvisations on them to serve as "free jazz bass" on overdubbed solo recordings. I don't think I ever tried to learn chords or do any kind of "proper" guitar playing until I got my first electric at the age of 14. (At the same time, I was taking classical lessons on piano and clarinet, so it was a nice contrast/complement to have something I could abuse in a completely untutored intuitive fashion.)

I WANT music to give me intense simultaneous stimulation of my intellect, physicality and emotions, while also conveying a palpable sense of one or more idiosyncratic human sensibilities behind the sound. That's the highest it can achieve for me though - so it would be somewhat self-defeating to NEED it to reach that level. But individual pieces of music can make me feel things which I hadn't previously experienced, and then convince me that I "need" that feeling. Often the feelings that pieces of music make me believe I need are uncomfortable or even painful ones... Music has a tendency to prey on masochistic tendencies in the listener.

For me, the fact that it both allows one to manipulate sound between fixed pitch and non-tempered domains by direct physical means AND grants one the means to deal with fully-voiced complex harmonic material. I don't know of any other instrument that gives you both of these facilities.

Limiting this just to releases on which I play guitar, I am proudest of the albums "NAILS" by Predicate and "SEVERANCE PAY" by Dead Days Beyond Help. I am proudest of them because I think they offer the most rewards upon repeated listening. (I am acutely aware of the unseemly impression this might create by implying that I sit around repeatedly listening to my own albums. C'est la vie.)

My roots and many of my primary influences lie in music that I absorbed long before guitar playing became an important part of my musical practice. When answering a similar question for an interview in Joe Morris's book "Perpetual Frontier", I identified the main influences on my approach to pitch organisation as being Anton Webern, Pierre Boulez and Derek Bailey, and my approach to phrasing as being principally influenced by such reeds improvisers as Ornette Coleman, Eric Dolphy and Albert Ayler.

In a broader aesthetic regard, the work of Anthony Braxton, Olivier Messiaen and Frank Zappa instilled in me a desire to create music with a breadth of scope untrammelled by stylistic restrictions, as did (in a very different way) the late works of Beethoven. In purely guitar-related terms, I have learned/purloined things from rock bands too numerous to mention; but the 1969-70 era of Captain Beefheart's Magic Band, the extended and/or untutored approaches to guitar in the late '70s New York No Wave scene and its outgrowths, and the solos on Slayer albums all had a particularly powerful impact on me. In addition, I have been fortunate enough to collaborate with a large number of remarkable guitarists, and have learned an enormous amount about the instrument through the chance to watch them working at close proximity, including Derek Bailey, Eugene Chadbourne, James Sedwards, John Bisset and Joe Morris. Finally, my concept of what live performance should aspire to has been indelibly shaped by an early exposure to (official and unofficial) recordings of Bob Dylan concerts from 1966, 1974 and 1975.

I want everything at once. I want the formal precision and complexity of design of the best composed music, the immediate expression and spontaneous interaction of the freest improvised music, and the physical impact of the most visceral rock music all served up on the same plate, with none of them diluted or softened in any way. (That may not be a "sound" exactly, but it's what I'd like to hear.) 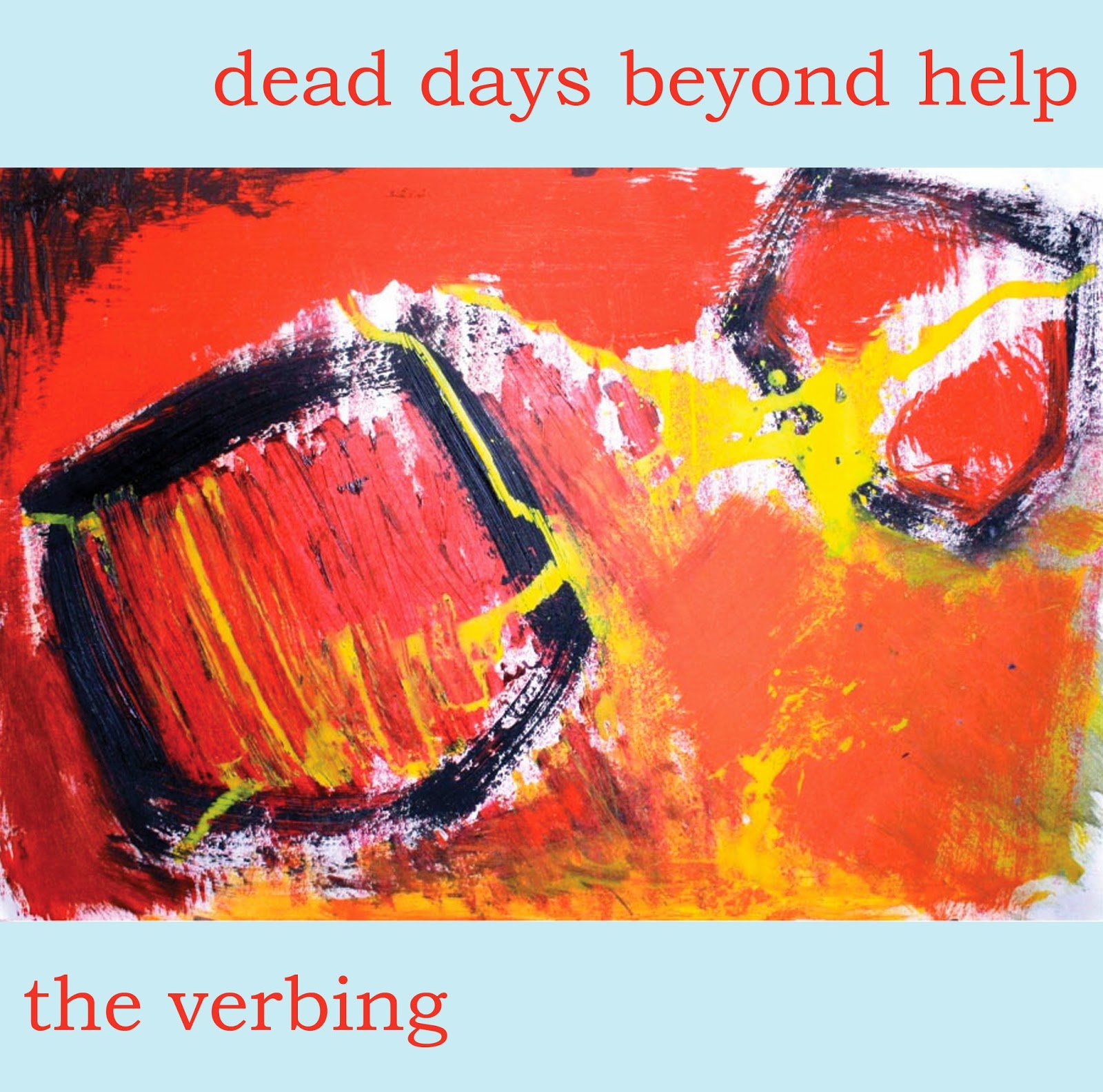 For a lot of my life, the clarinet has been my primary instrument and my approach to it was rooted in conventional technical training, which I nonetheless always wished to employ primarily for the purpose of improvisation. My background on the guitar was pretty much the exact opposite - the instrument was a vehicle for an untutored, exploratory approach, which I would however use to generate mostly fixed results (tape pieces, or pieces to play with a rock band). It wasn't until my mid-late twenties (by which time I'd been playing free improvisation on clarinet for close to 15 years) that I started to think about using the guitar for extended/non-idiomatic improvisation.


Since then, my relationship with the guitar has been a matter of slowly (and with varying levels of conscious effort) acquiring the technique necessary to pursue whatever possibilities I might perceive within the vocabulary/approach that I'd originally developed from a technically limited perspective. I have also on various occasions performed and recorded on piano and other keyboards, electric bass, alto sax and vocals. I have always been interested in using a wide variety of instruments as tools to achieve different musical ends, and this is still the case - but as both the desire and the necessity for diligent instrumental practice seem to be increasing for me with age, the practicality of maintaining engagement with a large number of different instruments is harder to manage.

"You do realise that you'll never make any money doing this, don't you?" (Given to me by Derek Bailey when I was 12.)

Guitar: ESP-LTD PH-600. Pedals: a ProCo Turbo Rat, an MXR distortion+ which I think was slightly customised by the person I got it from, a non-specific volume pedal (brand determined by whatever I could afford to buy when the previous one broke, which seems to happen alarmingly regularly to my volume pedals whatever the model), and an Electro-Harmonix Holy Grail, for use when I'm playing through an amp without switchable reverb. Amp: whatever's available to borrow, or, if I need to bring my own, a Laney LC15R (15 watts, manageable on public transport - I can't drive). For Dead Days Beyond Help (guitar/drums duo with no bass player) my preferred set-up is to use the Laney with its line out also being fed into any reasonably powerful bass amp (on a clean setting). Besides low end, the bass amp adds a hint of DI'd distortion in the treble which blends nicely with the more mid-rangey gain from the Laney speaker. (This set-up, which is ideal for DDBH, has proved more problematic when used in contexts with a bass player or second guitarist, presumably due to phasing issues).

I would like to have been a member of one of Cecil Taylor's prime-period (Jimmy Lyons-era) units, for the insight it would have given me into the construction of that music and the rehearsal methods he employed. In general though, I think the current emphasis on musicians constantly pursuing a large variety of collaborations is disproportionate and counterproductive, and I find myself thinking less and less in these terms.

I have a number of currently active groups in which I explore to different degrees and in different manners the issue of composing for improvisers: Predicate, Forebrace, the Alex Ward Quintet/Sextet, and I also have another acoustic quartet planned. Dead Days Beyond Help is in the middle of writing its next album, which is planned to contain two twenty-minute pieces with overlapping material, one of which will be played by the duo and the other of which will be a large-scale studio construction with many guest musicians. I might aim to finish one or both of the in-progress Alex Ward & The Dead Ends albums (containing songs, with me on vocals) soon; and another rock band in which I play guitar, God's Mama, will be recording its second album in the middle of the year. I have continued to write music with my old Camp Blackfoot colleague Benjamin Hervé, and we are thinking about ways to release some of this material, perform it live, or both. Given the difficulties already involved in finding enough work for that number of projects, I am going to try to resist the temptation to come up with ideas for any more new groups in the immediate future... 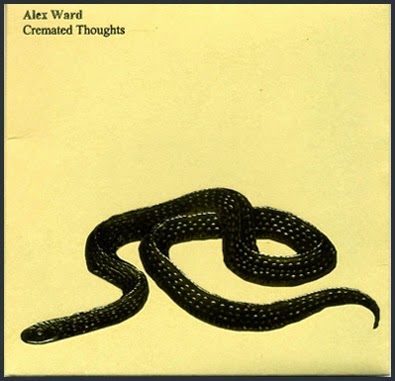 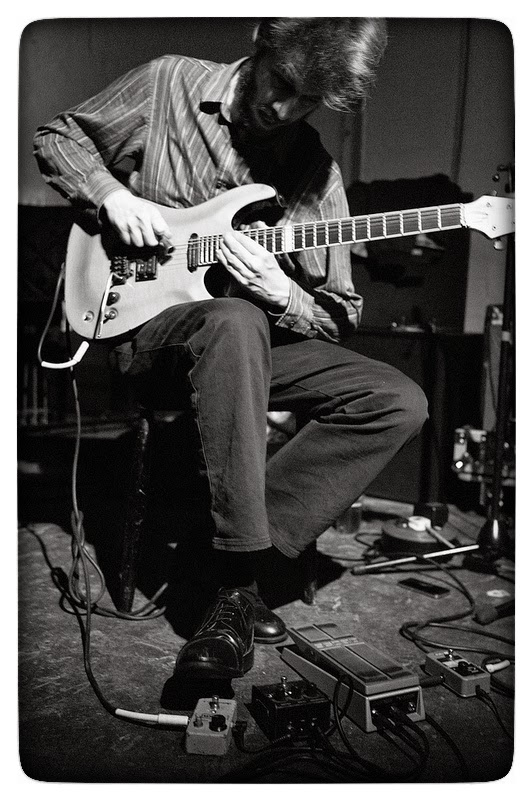