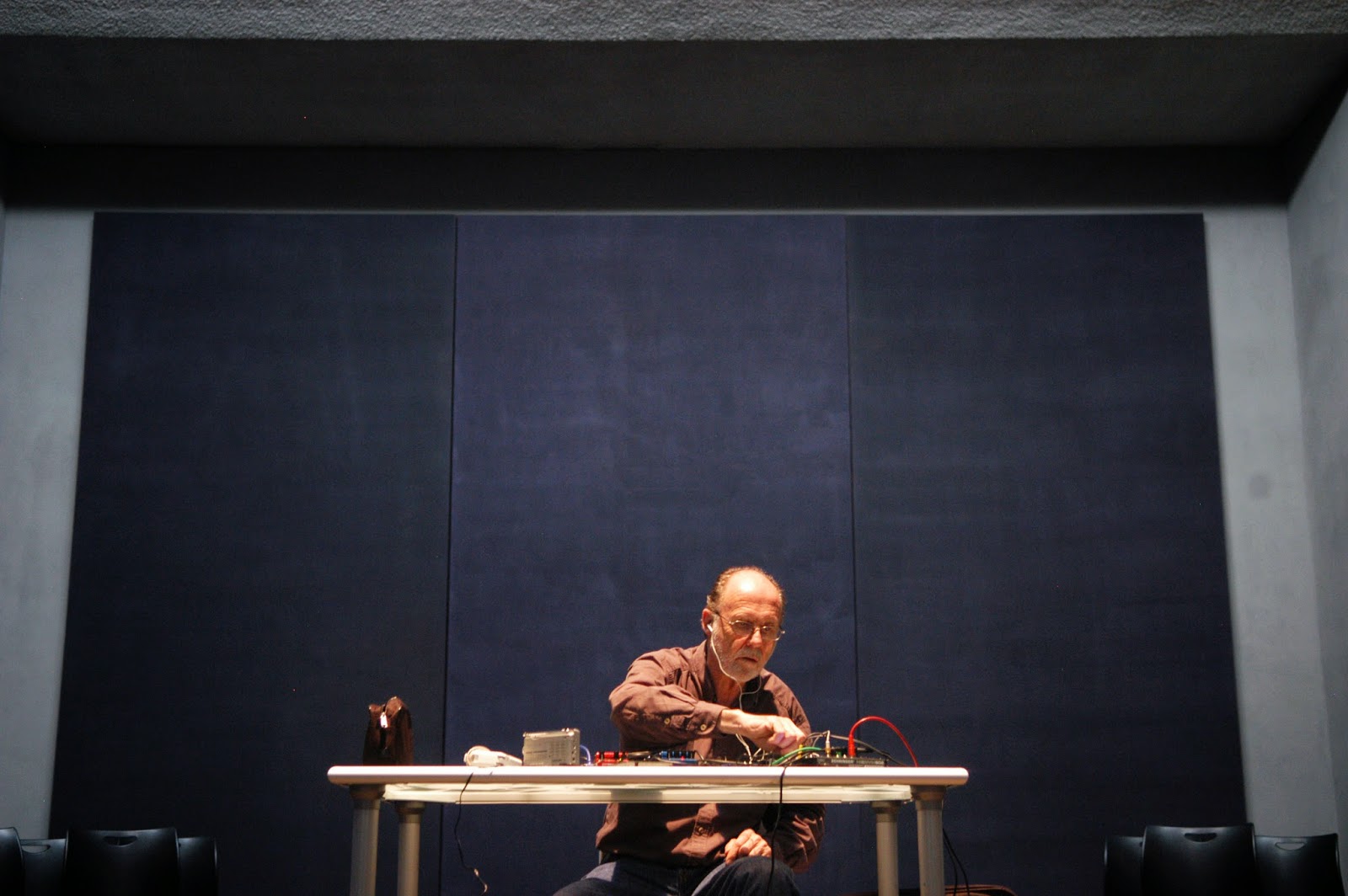 Keith Rowe (born 16 March 1940 in Plymouth, England) is an English free improvisation tabletop guitarist and painter. Rowe is a founding member of both the hugely influential AMM in the mid-1960s (though in 2004 he quit that group for the second time) and M.I.M.E.O. Having trained as a visual artist, Rowe's paintings have been featured on most of his own albums. He is seen as a godfather of EAI (electroacoustic improvisation), with many of his recent recordings having been released by Erstwhile Records. 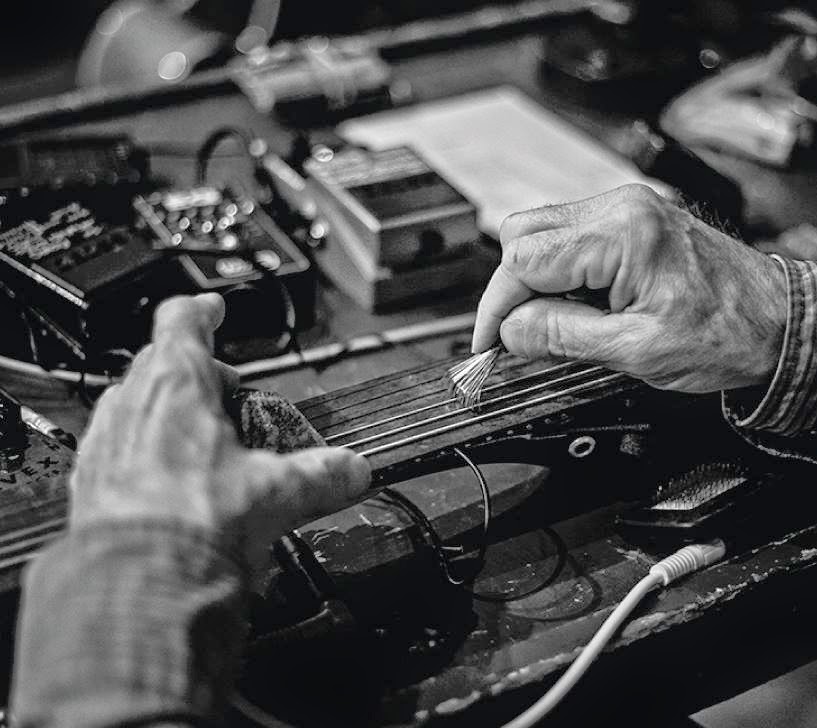 Rowe began his career playing jazz in the early 1960s with Mike Westbrook and Lou Gare. His early influences were guitarists like Wes Montgomery, Charlie Christian and Barney Kessel. Eventually, however, Rowe grew tired of what he considered the form's limitations; he was increasingly at odds with the surroundings in which he found himself. At college Rowe had begun to translate the drawings of Paul Klee into guitar tablature and as his further explorations led him towards the perception of the instrument as predominantly a sound source, he found that his contributions 'became too radical for the jazz context'. Rowe began experimenting, slowly and gradually. An important step was a New Year's resolution to stop tuning his guitar—much to Westbrook's displeasure. Rowe gradually expanded into free jazz and free improvisation, eventually abandoning conventional guitar technique. 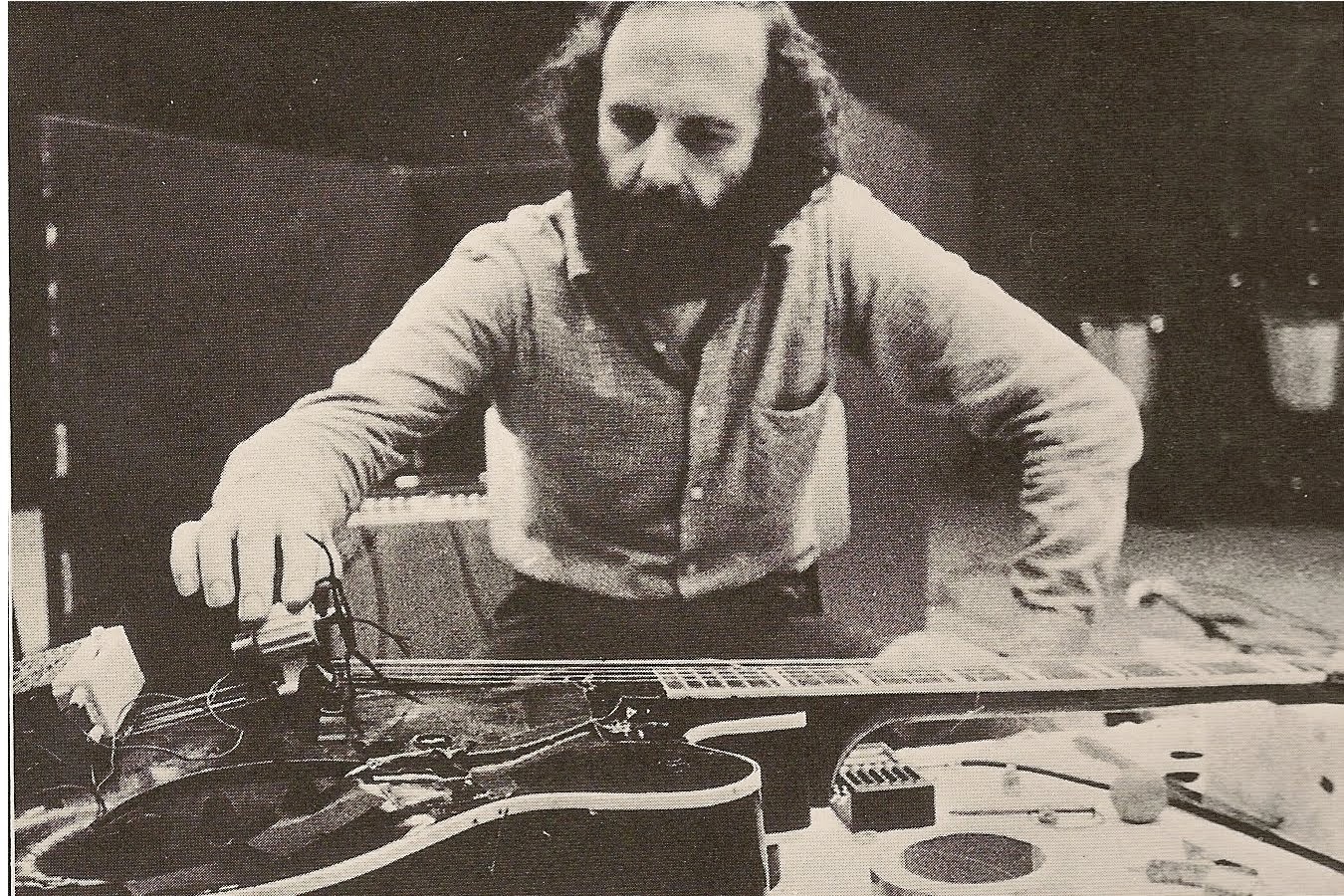 This change in his approach to guitar, Rowe reports, was partly inspired by a teacher in one of his painting courses who told him, "Rowe, you cannot paint a Caravaggio. Only Caravaggio can paint Caravaggio." Rowe reports that after considering this idea from a musical perspective, "trying to play guitar like Jim Hall seemed quite wrong." For several years Rowe contemplated how to reinvent his approach to the guitar, again finding inspiration in visual art, namely, American painter Jackson Pollock, who abandoned traditional painting methods to forge his own style. "How could I abandon the technique? Lay the guitar flat!" 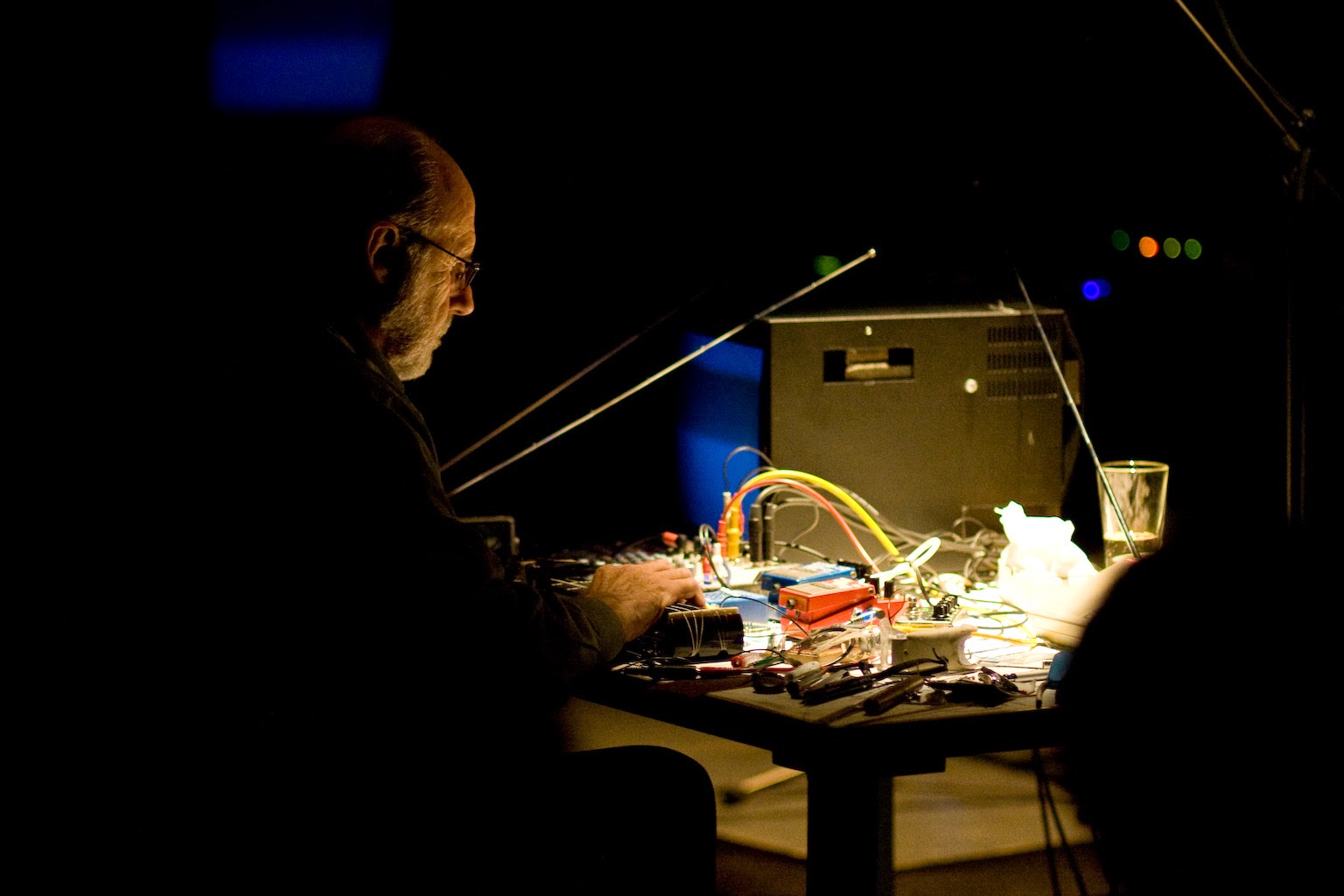 Rowe developed various idiosyncratic prepared guitar techniques: placing the guitar flat on a table and manipulating the strings, body and pickups in unorthodox ways to produce sounds described as dark, brooding, compelling, expansive and alien. He has been known to employ objects such as a library card, rubber eraser, springs, hand-held electric fans, alligator clips, radio, contact microphones, pedals, bows, springs, electronic fans, metal scrapsand and common office supplies in playing the guitar. A January 1997 feature in Guitar Player magazine described a Rowe performance as "resemble a surgeon operating on a patient." Rowe sometimes incorporates live radio broadcasts into his performances, including shortwave radio and number stations (the guitar's pickups will also pick up radio signals, and broadcast them through the amplifier). 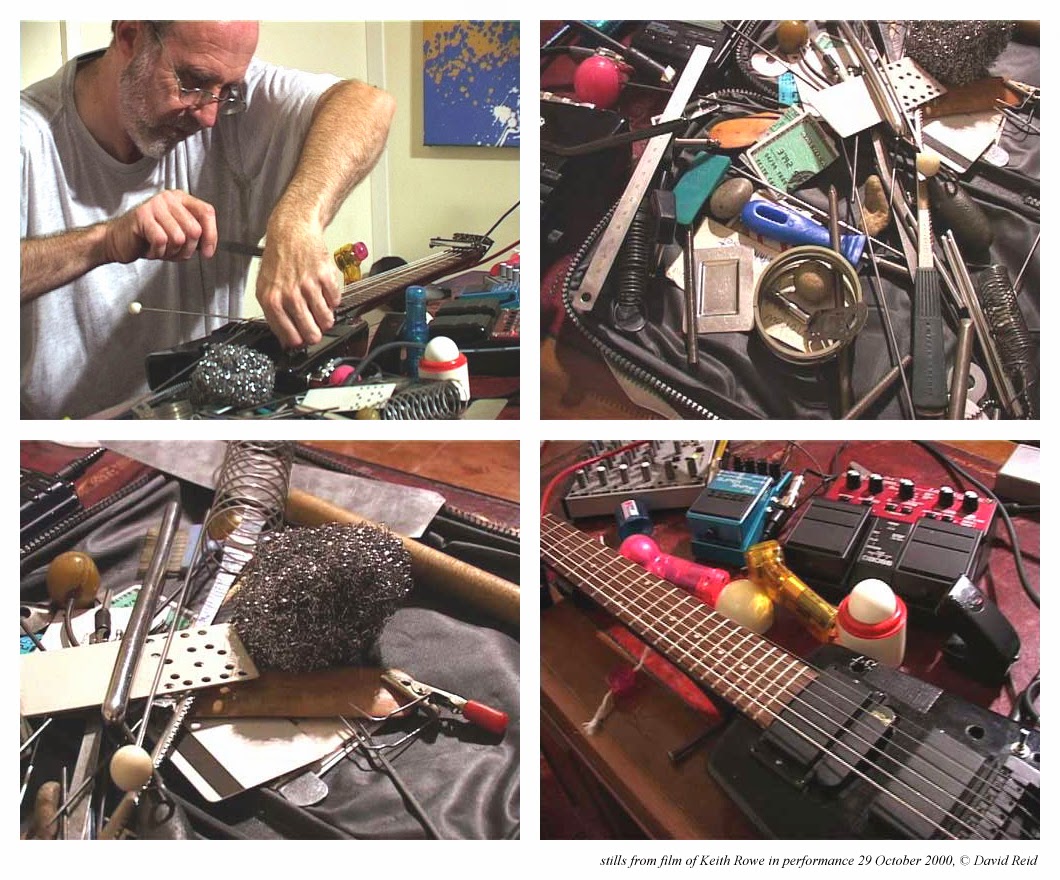 AMM was established in 1965 by Rowe, percussionist Eddie Prévost and saxophonist Lou Gare, also a member of the Westbrook Orchesra at the same time. The following year they were joined by bassist Lawrence Sheaff and, at Rowe's suggestion, Cornelius Cardew. Ansell quotes Rowe: 'AMM was able to provide the conditions in which I could supercede what I saw as the oppressive legacy that the 1960s guitar imposed on me as a player. AMM were involved in what we referred to as a "communal search for sound" and that enabled me to develop various preparations for the guitar and a fresh approach to the instrument'. 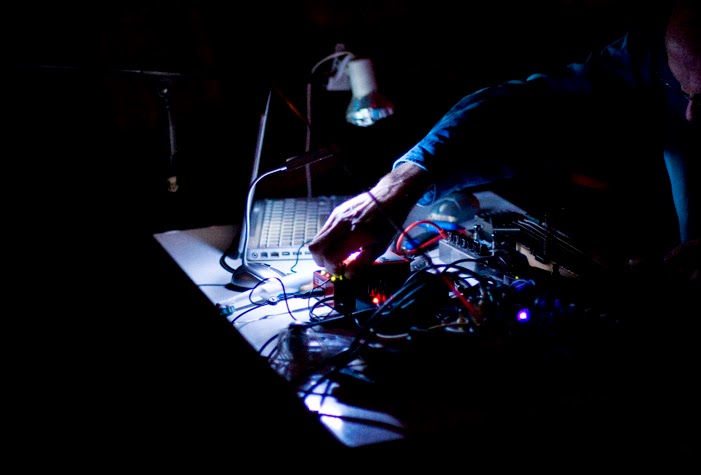 Eddie Prévost reports that Rowe has "an uncanny touch on the wireless switch", able to find radio broadcasts which seem to blend ideally with, or offer startling commentary on, the music. On AMMMusic, towards the end of the cacophonous "Ailantus Glandolusa", a speaker announces via radio that "We cannot preserve the normal music." In reviewing World Turned Upside Down, critic Dan Hill writes, "Rowe has tuned his shortwave radio to some dramatically exotic gameshow and human voices spatter the mix, though at such low volume, they're unintelligible and abstracted. Rowe never overplays this device, a clear temptation with such a seductive technology - the awesome possibility of sonically reaching out across a world of voices requires experienced hands to avoid simple but ultimately short-term pleasure. This he does masterfully, mixing in random operatics and chance encounters with talkshow hosts to anchor the sound in humanity, amidst the abstraction." 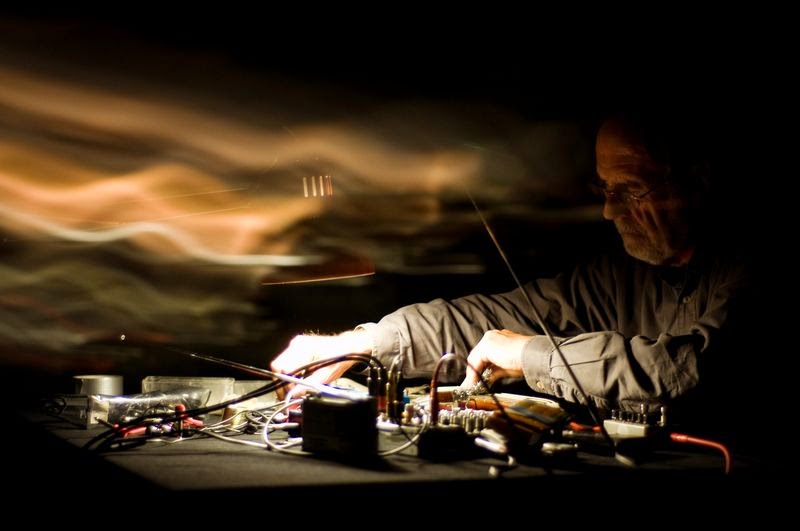 With a core of Prévost, Rowe, Gare and Cardew, and varying contributions from John Tilbury, Christopher Hobbs and Christian Wolff, AMM continued until a split in 1973, at which point Rowe continued his association with Cardew in the Scratch Orchestra and People's Liberation Music. Somewhat later he joined Trevor Watts in a version of Amalgam that produced two recordings, the previously mentioned Wipe out and Over the rainbow. 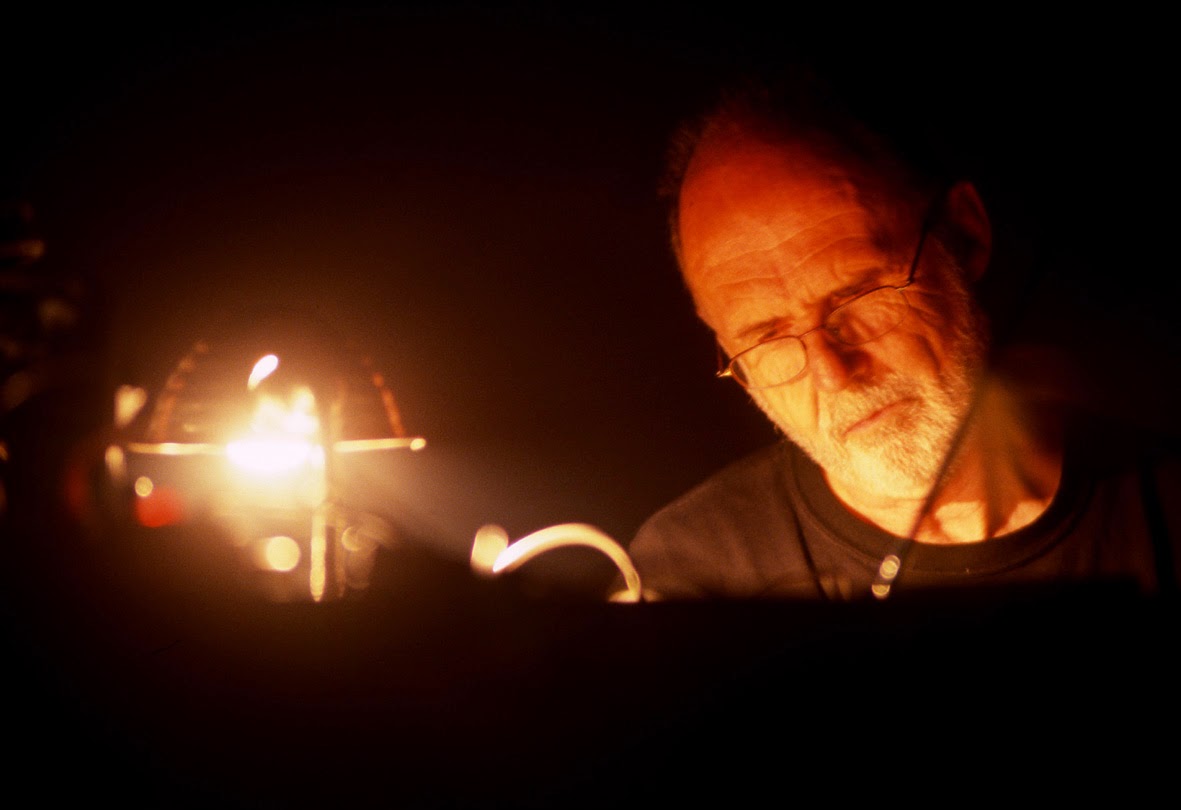 Around 1976 the first moves in a rapprochement occurred between the members of AMM which resulted in Rowe and Prévost working together as a duo for a year - and recording in 1979, as AMM III, It had been an ordinary enough day in Pueblo, Colorado - until John Tilbury joined the group in 1980. This group, along with occasional groupings such as Supersession and solo performances remained the focus of Rowe's work for over a decade. 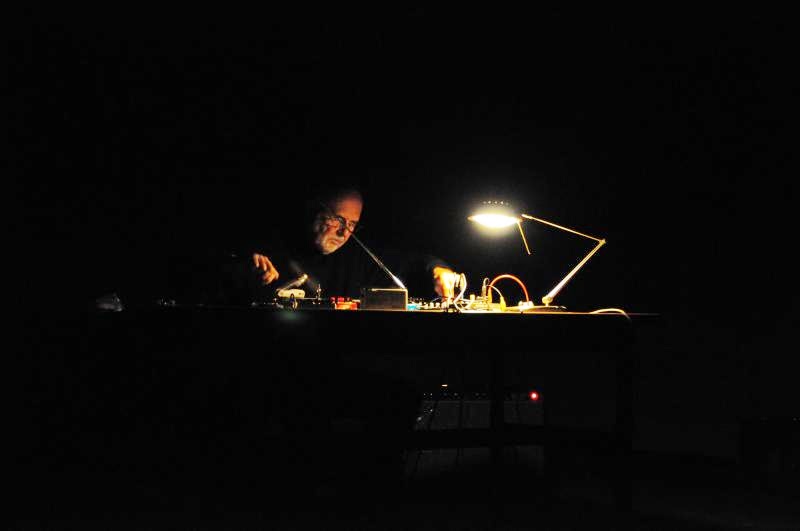 The late 1990s up to the present day has seen an extraordinary burst of creative activity from Rowe, maintaining the previous associations but expanding these considerably with, among others: MIMEO (Music in Movement Electronic Orchestra) and associations with Evan Parker; Jeffrey Morgan; Günter Müller and Taku Sugimoto; Burkhard Beins; and Toshimaru Nakamura. The full list of collaborations that have been recorded can be seen below. Rowe has worked together with numerous composers and musicians, including Cornelius Cardew, Christian Wolff, Howard Skempton, Jeffrey Morgan, John Tilbury, Evan Parker, Taku Sugimoto, Otomo Yoshihide, Sachiko M, Oren Ambarchi, Christian Fennesz, Burkhard Beins, Toshimaru Nakamura, David Sylvian, Peter Rehberg... 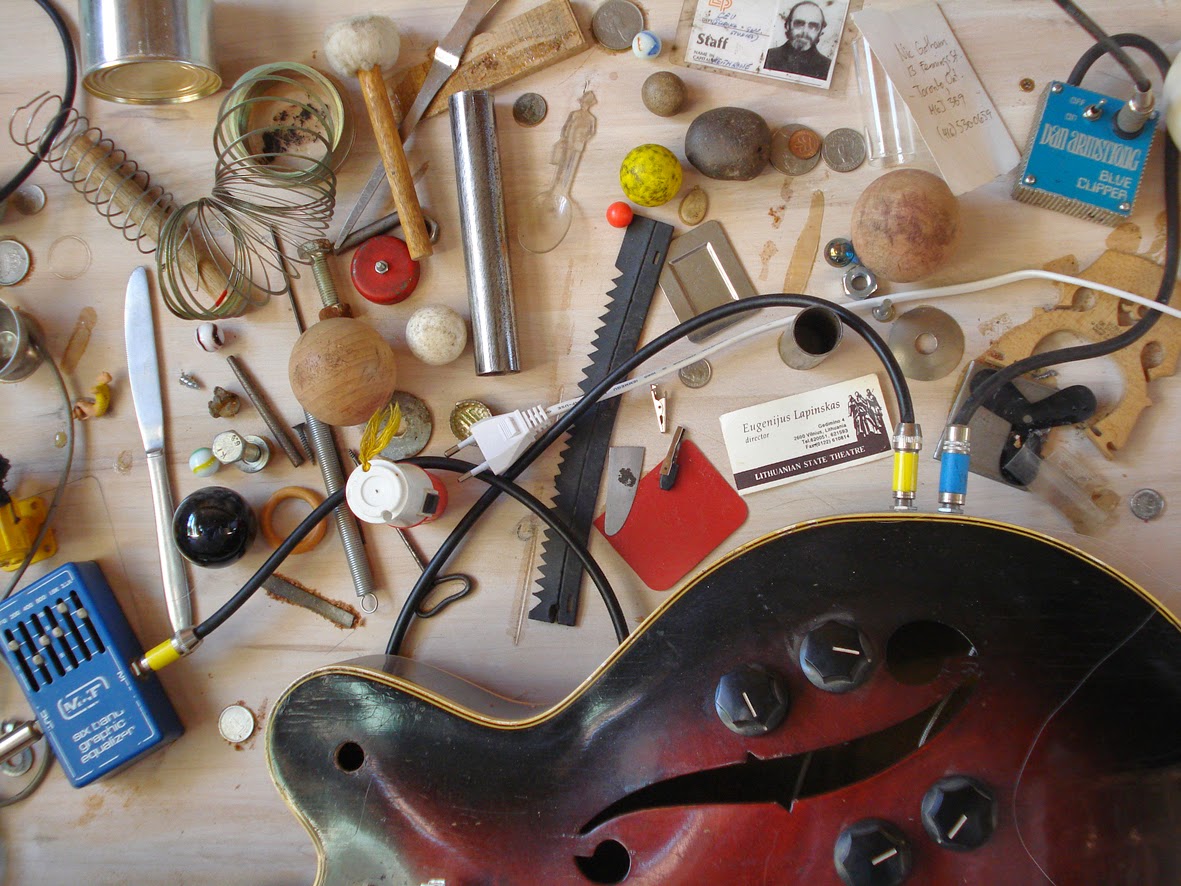 Keith Rowe has maintained his early interest in utilising painting as a stimulus, generation of ideas, and as score material for musical performance. In discussing composition with Trevor Taylor (1997), he said, 'the only time I compose is in response to projects and then mostly in a graphical format. This weekend (in Nickelsdorf with MIMEO) I performed some compositions based on Paul Klee paintings. My pieces involve a lot of rehearsal time and include a lot of discussion, guiding the performances, sorting out why they should be doing this and why not etc.... In the painting series such as the Pollock I would take individual drips out of the painting and isolate them, lay them on the page. Then I select and indicate the instrument and talk to the musicians about how they may approach that. A lot of talking and rehearsal, nearly 30 hours.' An example of a response to one of Rowe's Pollock series can be found by Zeitkratzer on the CD Sonx. He lives in Nantes.

Well… the first guitar I encountered was my younger brothers. An “Egmont” brought from an mail order store, the Braque Picasso images immediately resonated  I fell in love with the curve, dots, lines, and the concept of the plectrum.

Is it Turner? “ Painting is another word for feeling” for me music like so.

What's your relationship with the prepared guitar?

Which work of your own  is more stimulating for you, and why?

Modesty self-effacement and  Musical intelligence, for me a good example would be Clifford Curzon playing Mozart, (468 491-2 Decca)

Oh! The list is endless, probably influenced by everyone.

What's the relationship between sound and painting?


Nothing I would want to prove, (or impose) but the way I’m going to see it, and play it is that they are interchangeable, I will not trouble to divide them. Painting is not merely optical ...  music is not acoustic. (Chapman Bros ? + J Bell ?)

Again the way I’m going to see it is that the  present is an accumulation of the past, in that for me the past and the present and the future are rolled all up into the present, little changes, if Sturgeons law is correct then 90% of everything is rubbish. Ha! I’d go for 98.5%!!

Define the sound you're still looking for or you want to hear.


Linked to the above, a sound that Occupies the Moment, possibly the most vital aspect of Music (anything?) is each note sound event should seek to occupy the moment,

What is the relationship between memory and sound in your music work?

Memory, aspects of memory are important, I use a constant stream of re-visiting (re-occupying) fragments in my work, a constant returning, on my table the right hand layout includes memory.

What's your next project about?

The Room extended. The premise is that the Room contains everything that has ever existed (by inference).

The trick is being able to perceive it! 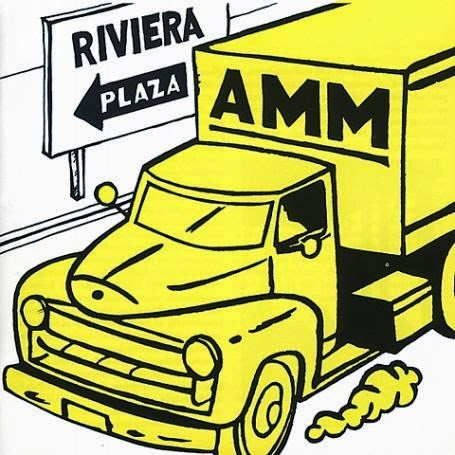 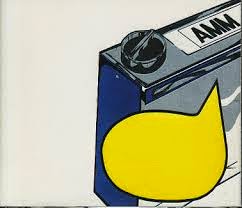 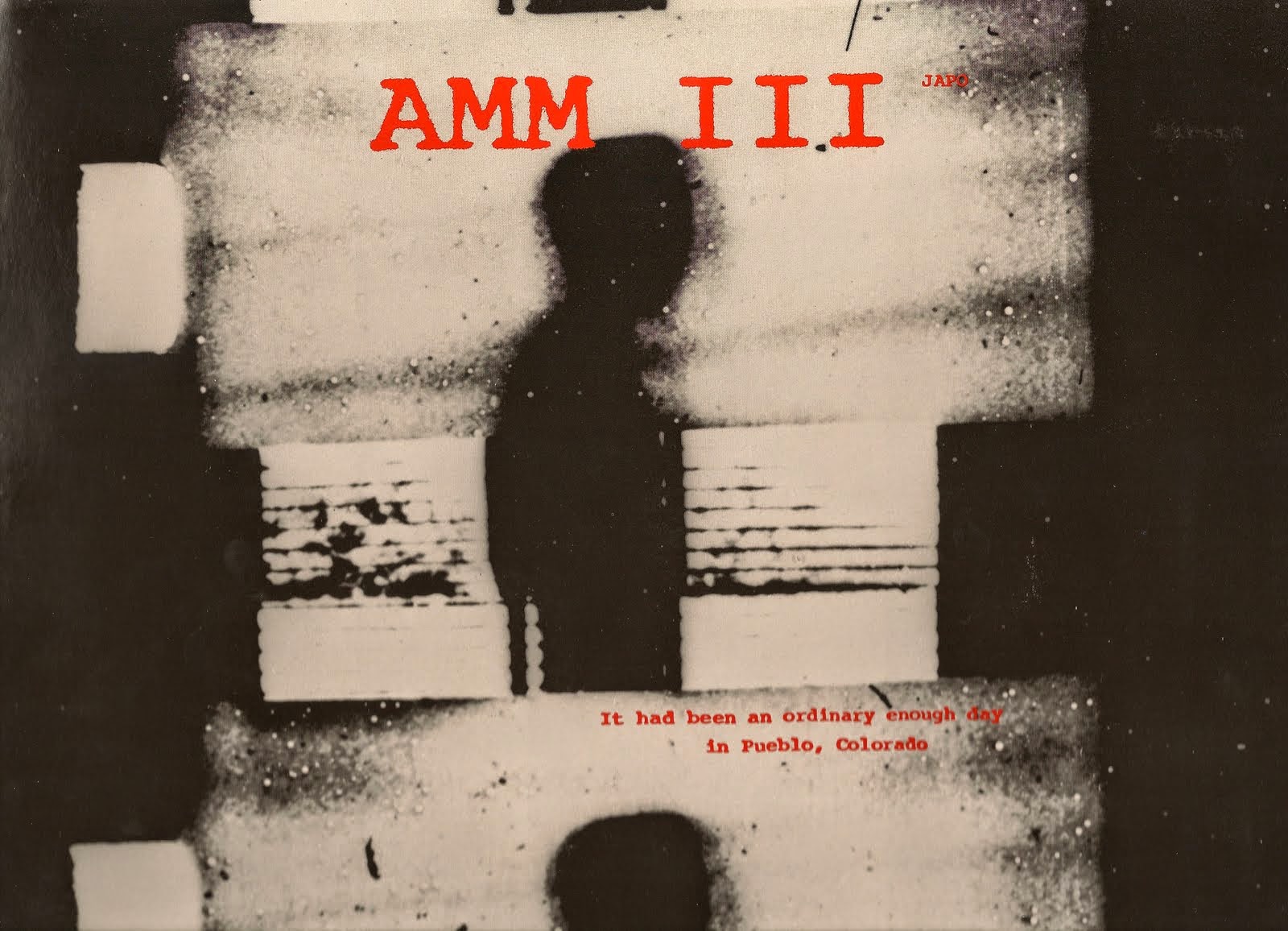 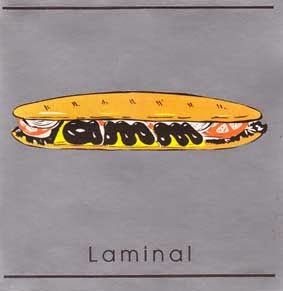 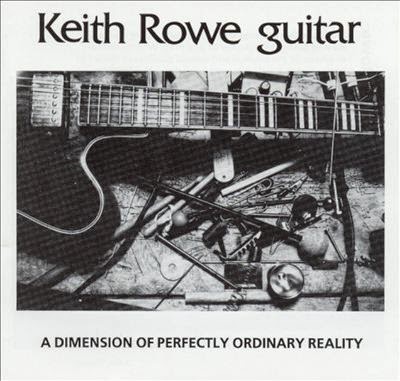 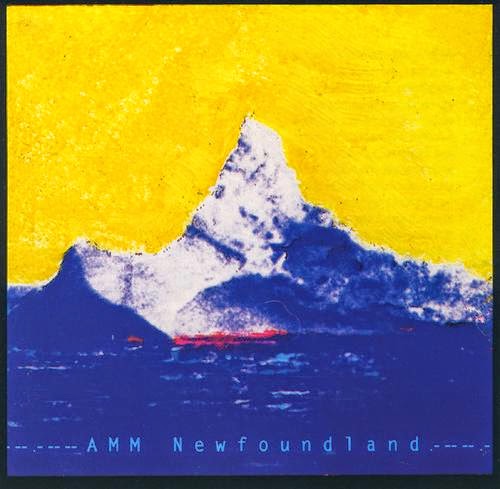 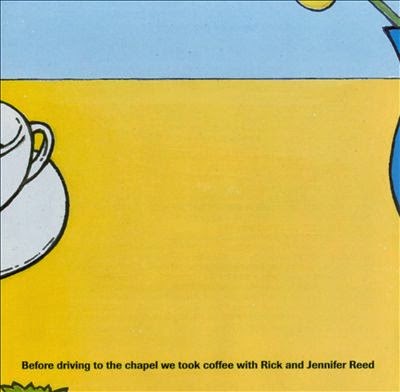 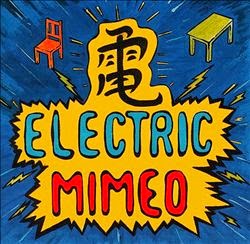 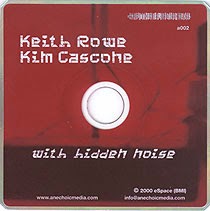 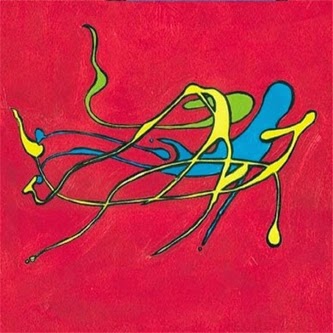 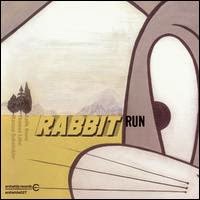 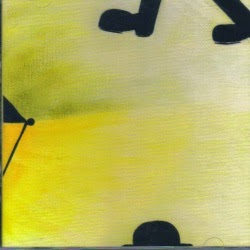 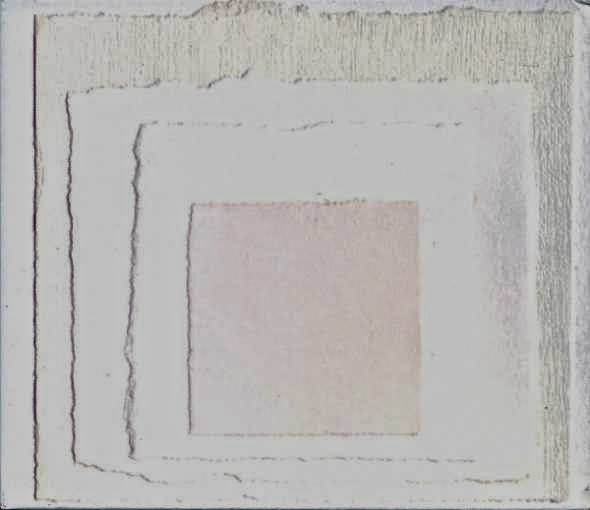 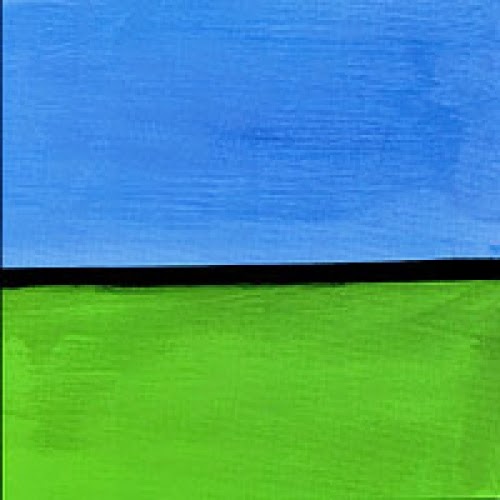 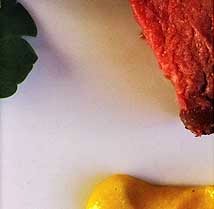 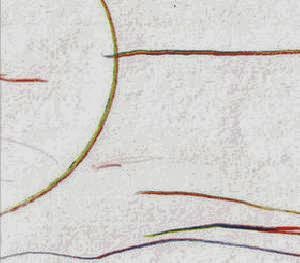 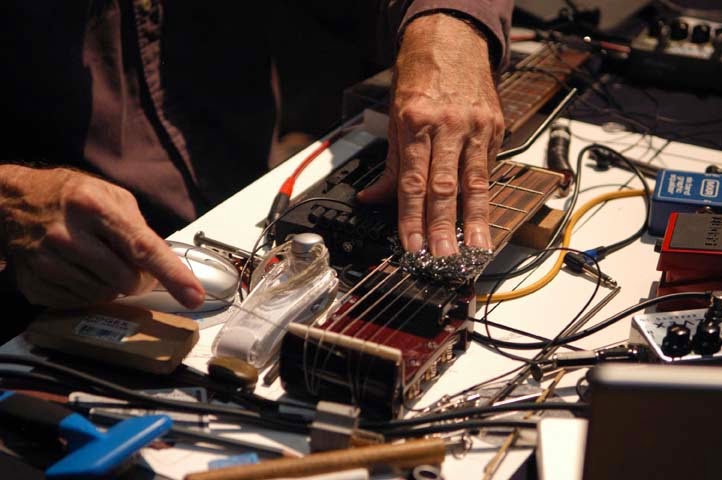