A native of Jersey City, N.J., Juris took up guitar at age 10 during the summer of 1963. Accordion, he notes, was a far more popular instrument than guitar at that time. All that would change the following year when Beatlemania washed up on the Jersey shore. 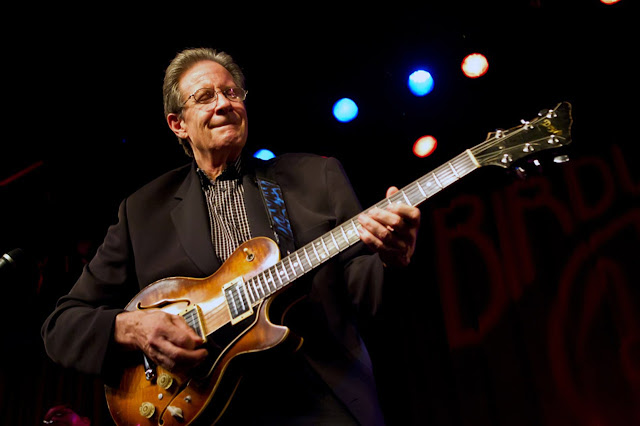 Juris got his first electric guitar on Christmas of 1964, and by the mid-’60s he was playing cover versions of Jimi Hendrix, Cream and the Temptations material in rock and R&B bands around his area. He discovered jazz in his late teens and subsequently studied with Philly jazz guitar legend Pat Martino.

In 1975, Juris made his recording debut on alto saxophonist Eric Kloss’ Bodies’ Warmth (Muse). He later gigged with fusioneer Barry Miles before hooking up with alto-sax burner Richie Cole, appearing on two hot, boppish offerings in 1977’s Alto Madness and 1978’s Keeper of the Flame (both on Muse). In the early ’80s, Juris immersed himself in acoustic guitar, performing duets with Larry Coryell and Biréli Lagrène, and by the late ’80s he joined bassist Gary Peacock’s group. 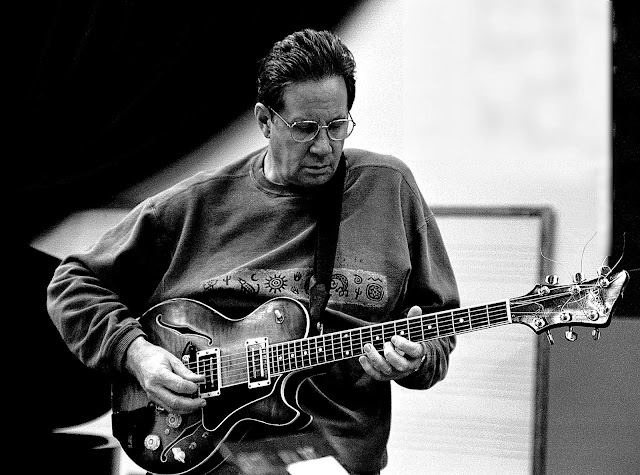 For the past 10 years Juris has been hitting the road hard with the Dave Liebman Group. “The band started out where we had keyboards,” says Juris, “and then Dave decided that he just wanted to go with the guitar. So my original role was kind of like a second horn, and the guitar is very cool for that. But now that’s completely changed to where I’m more of a colorist and chordal accompanist while also doing a bit of the second horn thing.”

The Liebman gig affords Juris quite a bit of freedom. “Dave is into doing a wide variety of stuff and he pretty much gives me the green light to do whatever I want,” says Juris. “He likes the fact that I can go through different styles in a given set and he also likes the effects for some of the electric Miles stuff that we do [culled from On the Corner, Get Up With It and Dark Magus, all recordings made during Liebman’s tenure with the tumultuous Miles Davis bands of the early ’70s]. So I carry a RAT pedal for a touch of distortion and I also use my Roland GR-50 guitar synth for colors and textures on some tunes. We also do some Jobim music in that band [from Liebman’s GMN.com recording, The Unknown Jobim], so he likes me to play the nylon-string acoustic on that stuff.”

Juris uses a nylon-string Takamine acoustic guitar for the Brazilian music, but his main ax since 1980 has been a thin hollow-body guitar made by New Jersey luthier Tom Doyle. He also plays a closed archtop (no f-holes) built by Phoenix luthier Glen McKerrihan. 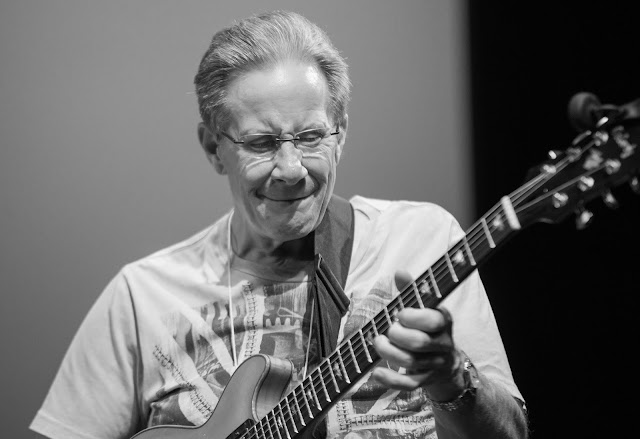 Vic has been a member of the David Liebman group since 1991. This band has recorded 10 CDs, traveled throughout Europe, Japan, Israel, and the United States throughout the 1990s and is still going strong till this day. He was a member of the Gary Peacock Quartet and musical director of the Charles Mingus Guitar Quintet. Vic performed at George Wein’s J.V.C. Festival, in duets with John Abercrombie and Russell Malone. He performs with Jeremy Steig, James Moody, Charlie Mariano to name a few. 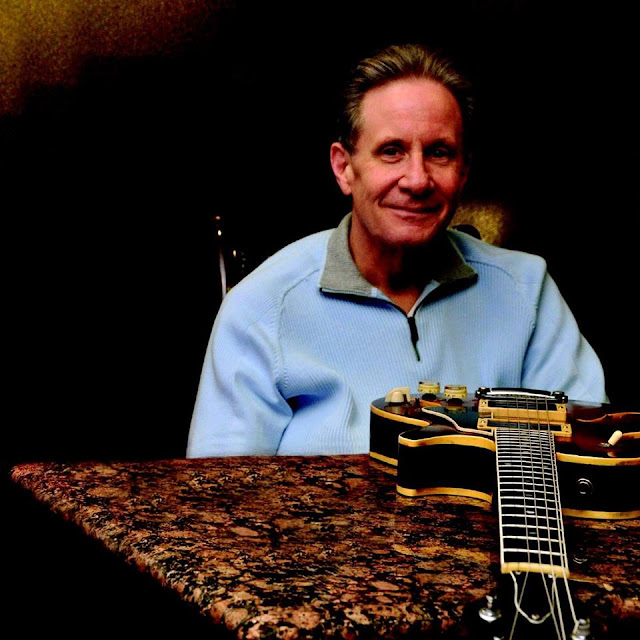 As a leader Vic Juris is performing in the U.S. and in European venues. His own quartet includes saxophonist Dick Oatts. Vic’s band has recorded records on Steeple Chase, “Night Tripper”, “Pastels” 1997, “Moonscape” 1998, “Remembering Eric Dolphy” 2000. His CD “Songbook” hit top 10 pics in 2000. Vic has also recorded on Double Time Records “Music of Alec Wilder.” Vic’s 2004 release of “Blue Horizon” listed him as top pics for the year 2004. Mr. Juris is currently recording for the Mel Bay label for release in the spring of 2005. Vic currently tours as a special guest, with his own band or in duo with vocalist Kate Baker. Vic Juris is also one of the leading jazz educators throughout the world.

My First Guitar was a Harmony Monterey acoustic with F holes. Teachers insisted that you begin on the acoustic before moving onto electric. You didn't question or argue with your teacher in those days. This guitar had a high action with fairly heavy gauge strings.

What's the importance of practice  in music, in your opinion?

Practice is important in any profession. You have to keep up your chops and your calluses.

I feel the most relaxed when I am playing my guitar. It takes away a lot of stress.

I am proud of my current trio with Jay Anderson and Adam Nussbaum as well as my sideman work with Dave Liebman, Gary Peacock, Jimmy Smith, Sarah Vaughn, Phil Woods and many others.


My roots are in early Rock, country and be-bop.


honesty! It's not what you pay, it's what you say!

I think that Johnny Smith had the best pure tone on an arch top guitar, BB King has the best Blues tone and Eric Clapton in Rock...sound comes from the individual. The guitar is a piece of wood.

How would you define "swing"?


Swing is when everything feels right in your world!

What musician, living or dead,  would you like to have collaborated with?


I am recording a new CD with my trio for the Steeplechase label next week. 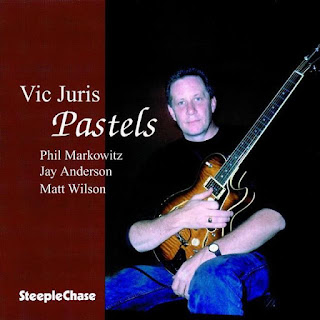 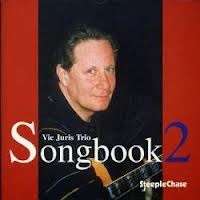 2004 While My Guitar Gently Weeps (Steeplechase) 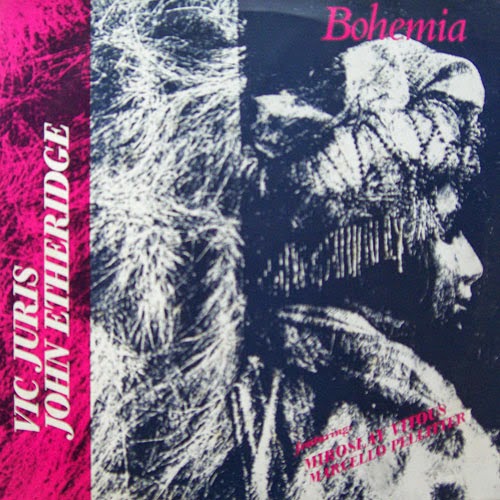 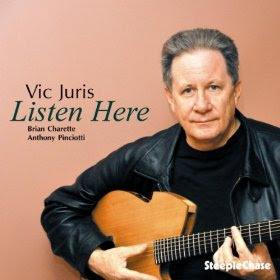 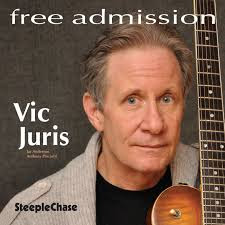 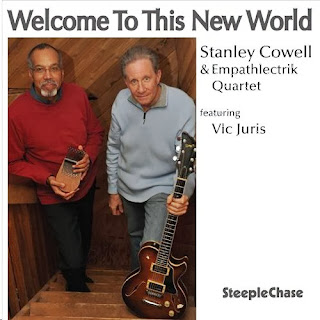 2013 Welcome to This New World (Steeplechase) 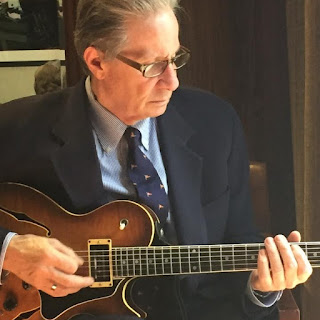