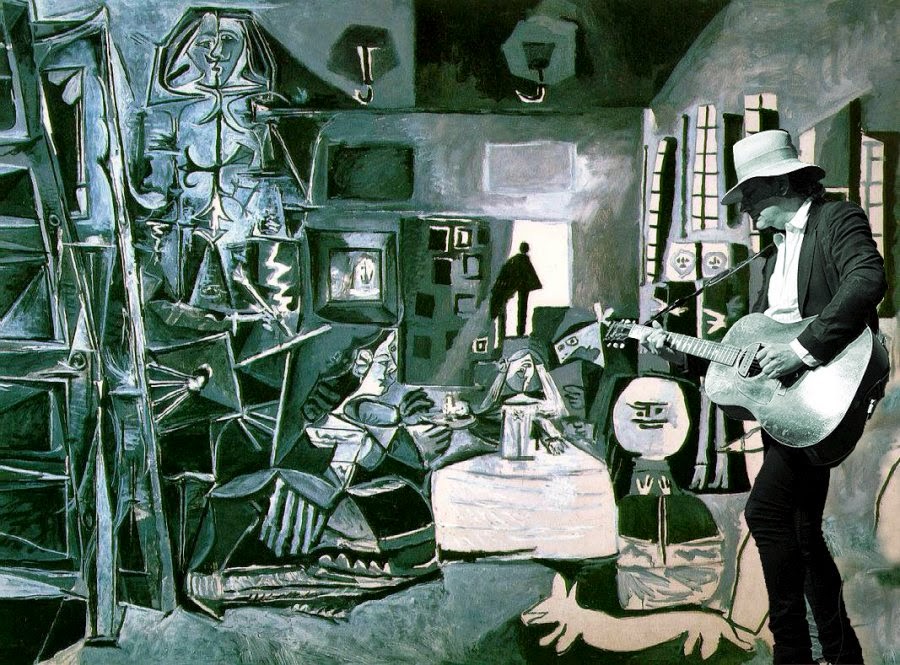 Gary Lucas is an American guitarist, a Grammy-nominated songwriter, a soundtrack composer for film and television, and an international recording artist with more than twenty solo albums to date. Gary starts the year with a bang headlining the famed Paradiso in Amsterdam Feb. 17th with "The World of Captain Beefheart", a gala concert featuring the 60 piece Metropole Orchestra and legendary Nona Hendryx. The show will go out live on producer Co de Kloet's national Dutch Radio 6 program "Co Live"—listen here—and will be filmed for broadcast later this year. In Oct. 2013 Gary is coming to BAM's new Fisher Space in Brooklyn for two nights with the expanded concert version of his celebrated album of 30's Chinese pop, "The Edge of Heaven". Featuring Gary, his band, and two female vocalists from Shanghai, the project received standing ovations in June 2011 at both the 64th Holland Festival in Amsterdam and the Nijmegen Music Meeting. In 2012 Gary was profiled in the New York Times, the Wall Street Journal, and the International Herald Tribune to coincide with the release of his supergroup Gods and Monsters' studio album "The Ordeal of Civility" (Knitting Factory), produced by Jerry Harrison which is receiving rave reviews—4 Stars in MOJO and named one of the Best of the Year in Rock's Backpages. He released a vinyl only album in the Czech Republic Gary Lucas Plays Bohemian Classics (Faust Records) featuring his solo acoustic arrangements of Dvorak and other Czech classical composers. Last year he embarked on a European solo tour selling out Liverpool's Philharmonic Hall two nights in a row with his Captain Beefheart Symposium, performing his live score for Spanish Dracula at the annual music festival of Bilbao Spain, recording with Bryan Ferry in London, performing solo in Portugal where he was profiled on the cover of two national newspapers, and finishing in Paris where he was profiled in the French left paper Politis, and published a memoir, Touched by Grace: My Time with Jeff Buckley. That year Gary performed at the Grammy Museum in LA as part of their "Great Guitar" Series which further bolstered his credentials as "one of the best and most original guitarists in America" (Rolling Stone), 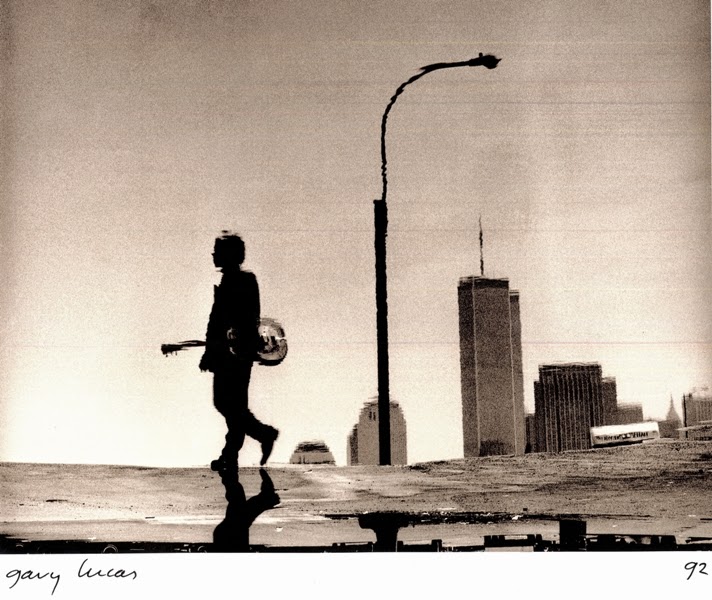 Gary just wrapped recording the debut album of his psychedelic dance music project Wild Rumpus with his partner Colleen "Cosmo" Murphy, and their latest 12 inch vinyl single Cloudhopping sold-out its first pressing in one week. He recently premiered his new live solo guitar score for Luis Buñuel's El Angel Exterminador at the 33rd Havana Film Festival and rocked the 48th New York Film Festival with the US premiere of his Spanish Dracula project performing his original solo guitar score live to accompany a screening of the legendary 1931 film. 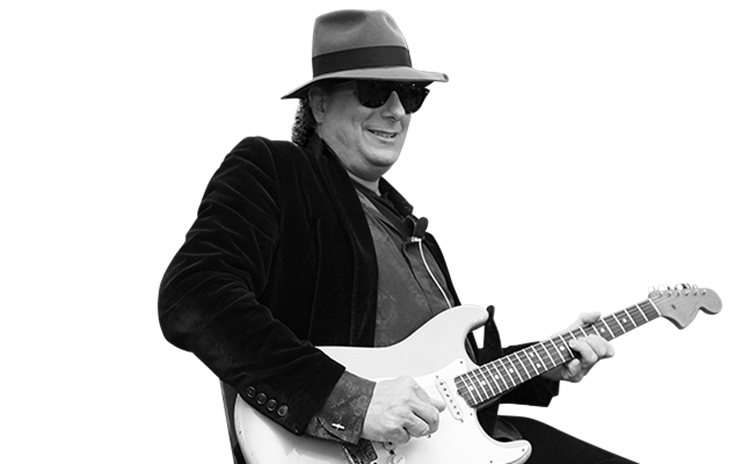 In the last few years, Gary Lucas made successful performing debuts in China, Cuba, the Canary Islands, Colombia, Brazil, Costa Rica and Mexico alongside his usual non-stop touring in Europe and North America, and is coming to BAM's new Fisher Space in Brooklyn in Oct.

2013 for two nights with the expanded concert version of his celebrated album of 30's Chinese pop, The Edge of Heaven. Featuring Gary, his band, and two female vocalists from Shanghai, the project received standing ovations in June 2011 at both the 64th Holland Festival in Amsterdam and the Nijmegen MusicMeeting. His recent album, Rishte (Harmonia Mundi), a blues/raga collaboration with Indian vocalist Najma Akhtar, made #4 on the World Music Charts Europe and the pair garnered a 5 star review in The Financial Times for their live show and an ovation at WOMAD Los Palmas. He released his first ever coloured vinyl single Music for the Eden Project on 5nakefork Records last year to acclaim which has been used as the soundtrack for UK visual artist Paul McGowan's installation at the Eden Project in Cornwall. 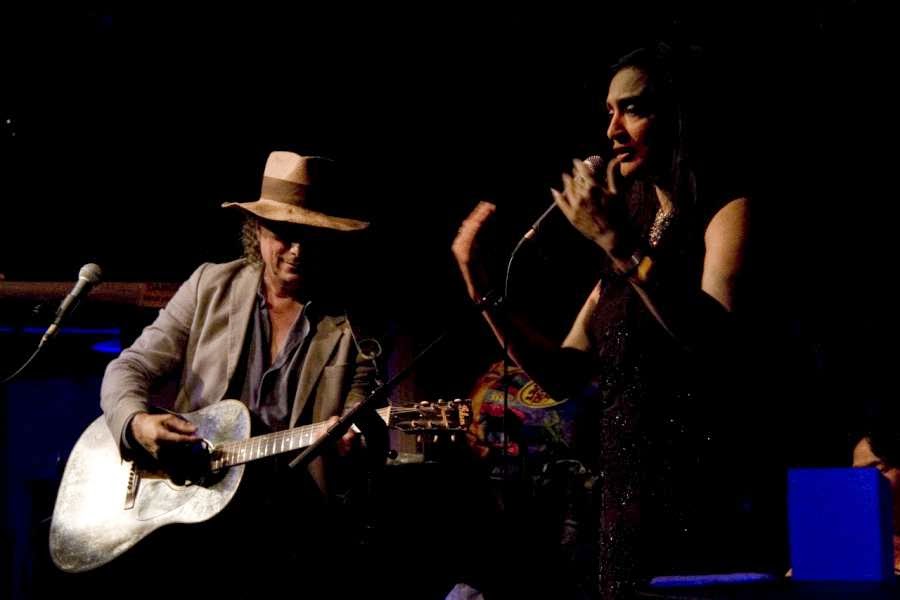 
Gary Lucas tours the world relentlessly both solo and with several different ensembles, including his longtime band Gods and Monsters, whose ranks once included the late singer Jeff Buckley. Gary co-wrote two of Jeff Buckley's most famous hits, Grace and Mojo Pin, which opened Jeff's double platinum Sony album "Grace". Their early collaborations can also be heard on the Jeff Buckley and Gary Lucas album Songs to No One. Other notable Lucas albums include his recently reissued 2001 album The Edge of Heaven, an album of Gary's lush arrangements of 30's Chinese pop songs. To date he has released over 20 acclaimed albums in multiple genres, and performed in over 40 countries. He also recorded a collaborative album with British singer and songwriter Peter Hammill, co-founder of Van der Graaf Generator. Co-billed, the album entitled Other World was issued by Esoteric in early 2014.

Rolling Stone's David Fricke wrote: "Gary Lucas is one of the best and most original guitarists in America...a modern guitar miracle." Best-selling author/producer Dan Levitin ("This Is Your Brain On Music") recently cited Gary as "the greatest living electric guitarist". Gary was also dubbed "one of the world's greatest guitar players" by HITS Magazine. Gary Lucas makes his home in NYC.

How difficult it was to play. A cheap rented acoustic guitar where the strings were at least a half inch off the fretboard--cut my fingers to ribbons;

Music is like oxygen. We need it to remind ourselves of the joy of being alive, constantly. You could technically live without it, but I for one would be a very miserable person.

You have a little symphony orchestra in your hands. You can also make it sing and talk just like a person. You can conjure with it and cast spells with it.

Doing these things with strikes a deep resonance within me that is as satisfying a feeling and pleasure as any you might care to name.


Which work of your own  are you most proud of?

The collaborations with Jeff Buckley, "Grace" and "Mojo Pin", from Jeff's "Grace" album, and the 10 other songs we wrote together. Because they have gone around the world many times over and have touched so many people, and to hear the feedback and feel the love coming back from folks who have heard these songs makes me feel like I helped put a vibration into the universe that has actually helped people. But I am proud of everything I have put out there, about 27 albums to date in all sorts of genres.

The first guitarist who affected me was Duane Eddy, "Dance with the Guitar Man". The Ventures of course--and then the British invasion, particularly Keith Richards, Jeff Beck, Eric Clapton, Jimmy Page and Peter Green. Later Syd Barrett, Davy O'List. Then there were the folk and blues influences influences--Skip James, Son House, Bert Jansch, Davy Graham, John Fahey. So many great guitarists. I also began playing the French horn at the same time I was starting out as a guitarist at age 9, so symphonic music, classical music in general, is a big influence on me. Also top 40 radio of the 50's and early 60's, avant-garde electronic music, soundtrack music (my parents collected a lot of this)--all went into the mix.

How many guitars do you have? Select only one.

About 6 or 7, but I only regularly play one around he house, my Gibson acoustic J-45 from 1946. Totally bunged up, cracked, showing age spots, finish peeling up--it's been AROUND, and I love it--it really sings, sounds so beautiful with the overall dark burnished tone thanks to the thick oak neck, you need big hands to be able to wrap around that neck, which I was born with--and and I play it constantly, I've taken it all over the world. 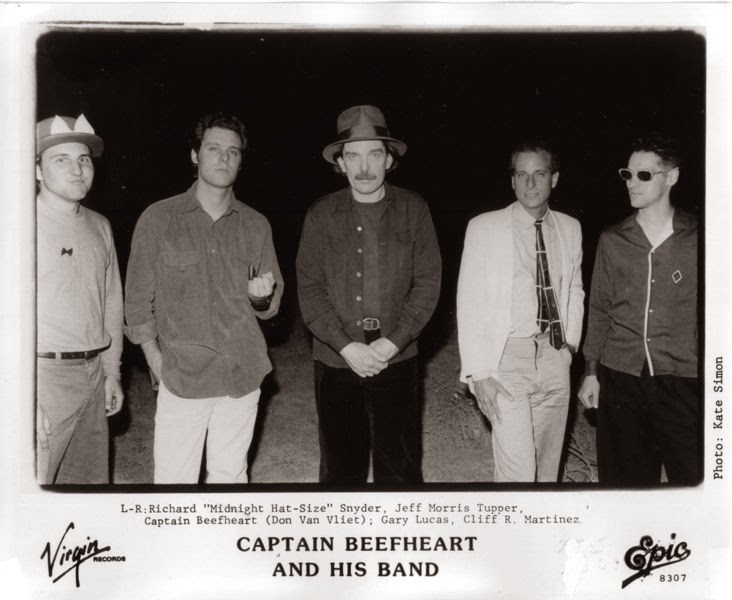 Hard Time Killin' Floor Blues by Skip James, which I didnt hear until 1972.  It opened up the possibility of minor key tunings for me in a big way.

Dylan had a song, "Too Much of Nothing"-- that about describes the situation. "Thank"s to digital proliferation, a great big giant smorgasboard of nearly every musical utterance of the past and present is available mainly for free--a situation which has reduced the sacred aspect of music not to mention its commercial aspect in real world terms next to nothing, simultaneously also rendering its spiritual affect on people near null and void. Digital has paradoxically  pushed foreground listening to music even further into the background with music serving the function as mere wallpaper, an adjunct activity to doing other more "important" things (like eating dinner or brushing your teeth). But I will continue to make music in the face of this, with pleasure.

Necessary to be able to say anything of lasting value. Generally speaking (well there are certain exceptions so I dont want to be dogmatic about this) only  through mastery of technique can you truly be liberated in any art form especially on a musical instrument to the point that you really then express yourself freely and speak through it at will, which is what's important to me. Saying that, most super chops-meisters on guitars bore the living daylights out of me as they don't really say anything much content-wise beyond merely displaying their advanced techniques. Musicians who know how to write actual affecting songs in combination with the ability  to play fluidly and expressively on their instruments due to extended technique are the ones I like most. 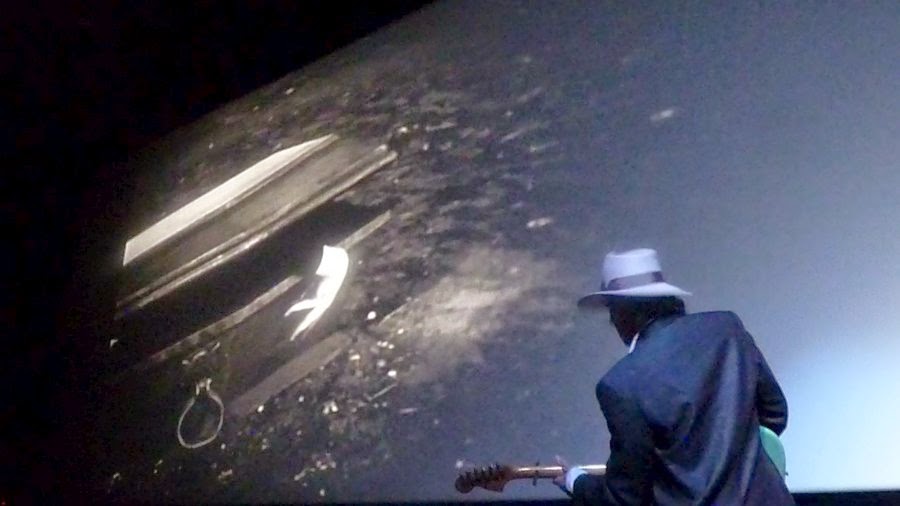 
Stay in the game. Never stop.


What music gear do you prefer?

It's all been said ages ago, I haven't heard anything "new" really in music for many years I dont think. It's all recombinant DNA. 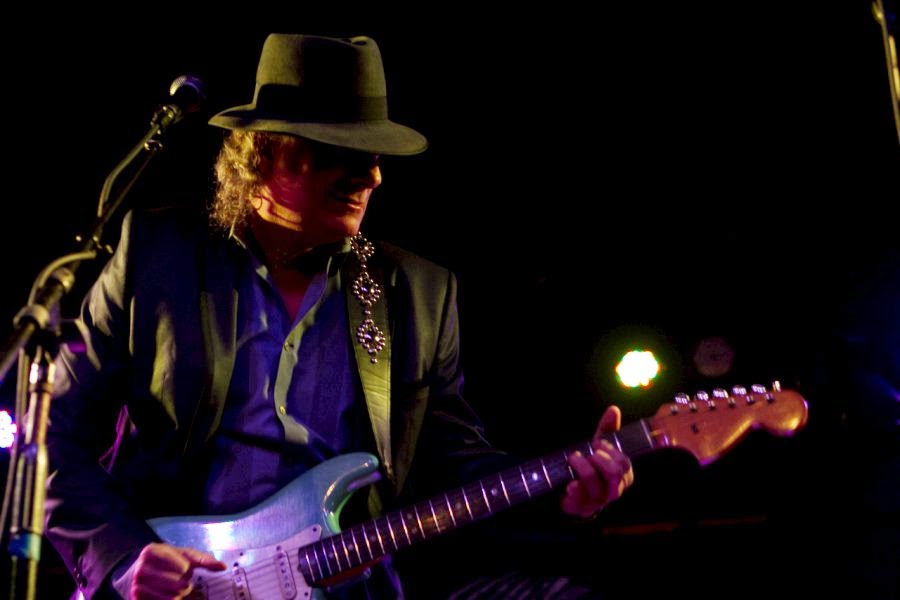