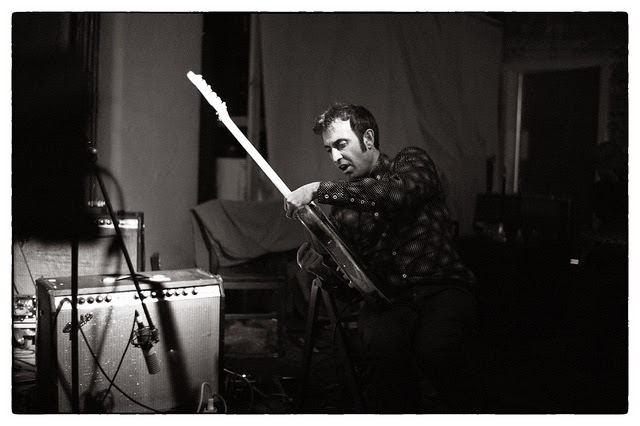 Ninni Morgia (b. in Catania, Italy) is a guitar player. He is most well known for playing in the New York City improv and experimental music scenes. He has played in the noise-rock band White Tornado with whom he recorded Leg, From hand to mouth produced by Don Zientara, Contrived (7' split with Colossamite) and Oxbow meet White Tornado. 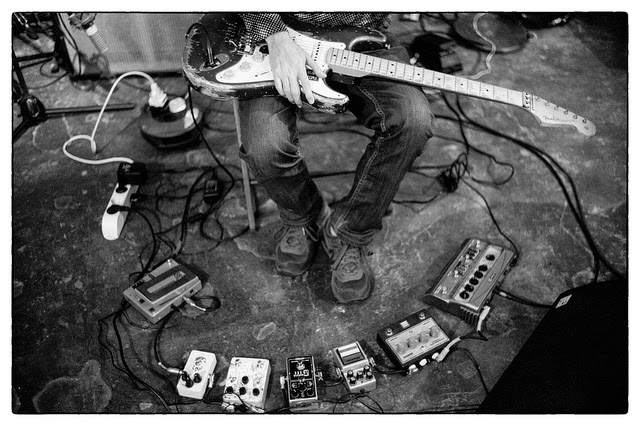 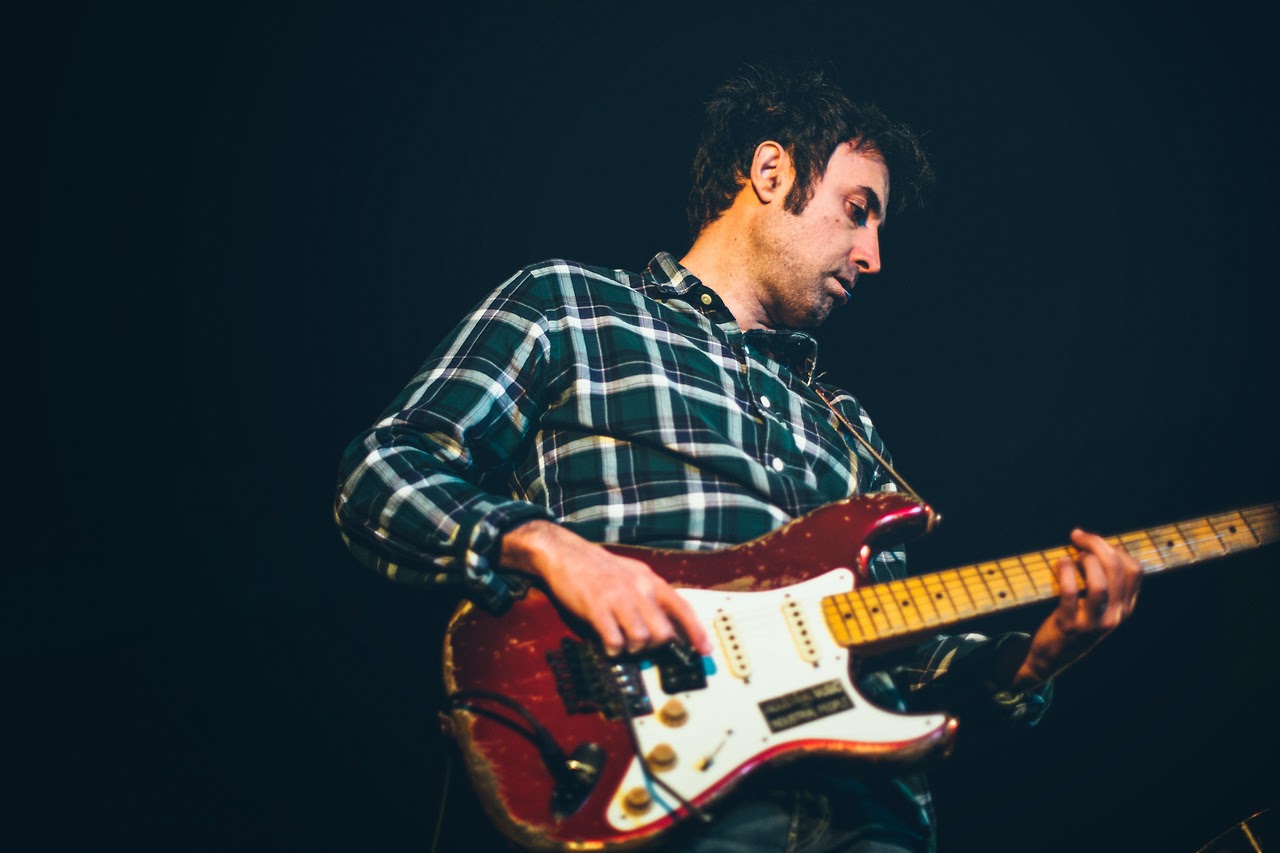 In 2003 he started Death.Pool with drummer/singer Andrya Ambro, recorded their first album in 2004, released on Fat Cat digital.  He was part of the psychedelic rock band La Otracina from 2006 to 2008, with whom he released several albums on Sky-fi industries, Colour Sounds, Holy Mountain. 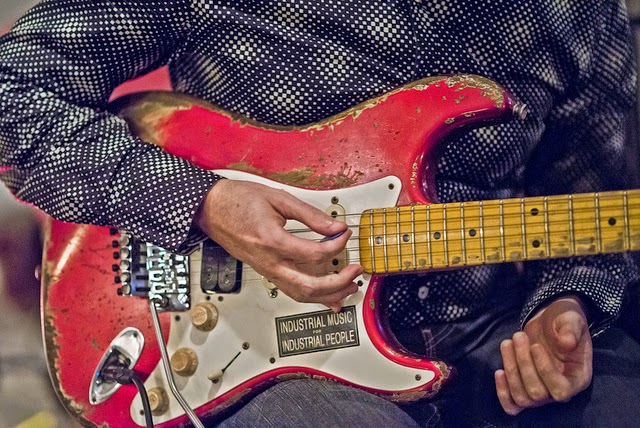 In 2006 he founded the free jazz/improv collective QUIVERS with bassist Jordon Schranz, and The Right Moves with drummer Kevin Shea, and also featuring Peter Evans on trumpet.

Their second and latest album The End of The Empire 2009, features Morgia and Shea with bassist Stuart Popejoy. “Morgia bends and buffs his fiery tones like Jimi Hendrix to fit the rhythmic shuffle that surrounds him… it feels odd to say any group could be better without Peter Evans, but the increased sonic coherence of this line-up makes a pretty convincing case” Marc Masters, The Wire. In the summer of 2009 he recorded the double LP "Ninni Morgia Control Unit" with Daniel Carter (sax, trumpet, voice) and drummer Jeff Arnal. The record is a mix of prog rock, psychedelic rock, free jazz and world music.

In 2010 Ultramarine releases the double LP Prism by Ninni Morgia and William Parker, in which Parker's trademark free jazz bass meets Morgia' new visionary, abstract playing, heavily influenced by Stockhausen, Xenakis, Parmegiani and their sound explorations.
In April 2011 he toured the UK with Silvia Kastel and Kommissar Hjuler und Mama Baer, to promote their split LP "Two Couples". He currently lives mostly in the South of Italy and plays/performs with Silvia Kastel (voice, synth) and has a duo with Marcello Magliocchi (drums, percussion, sound sculptures). The first LP by the duo of Morgia and Magliocchi "Sound Gates", out June 2011, is  "most definitely one of the best improvised records you’ll hear this year" (Digitalis)
In 2011 he has also recorded with the newborn trio BRAND, with Gary Smith (guitar) and Silvia Kastel (voice, synth). Morgia performed with Silvia Kastel at the latest Colour out of Space festival, in Brighton:

I don't know if it was the very first musical sound I've heard, but definitely one of the first ones that I remember: my father playing the harmonica.

Sometimes in my dreams I picture my hand on the guitar fretboard, playing exactly the notes I have in mind and this gives me a pleasurable feeling, a sense of peace.

For me personally, the guitar is the most complete means to express many different musical worlds. Its extreme versatility allows  a very wide range of action; this gives me a great sense of freedom. The timbres you can draw out of a guitar are literally endless.

Usually I tend to focus on future projects and I am always looking for new creative urges and I don't think too much about what I've done in the past. Anyways I remember as an important and nourishing experience, the two albums made with Gary Smith and Silvia Kastel as well as my experience in the 90's with my noise rock band White Tornado.

Playing is definitely what I love doing the most, it is the way I express myself and communicate best.

The first thing that comes to my mind if I should define the present time in music, is chaos. This can be both positive and negative: it depends on the approach with which you start making music, what your reasons are for making it. For example, you can be totally unoriginal, since so much has been made so far musically, but still have something to say with music. As far as I'm concerned, I don't see music as merely a product to be sold; it's my means of communication. If it also gets appreciated by others, that's a nice thing.

I use extended techniques in guitar to create other timbres and sounds which can only be obtained this way, by making use of objects that I put between the strings, or I use them as bows, or to obtain percussive effects. Like I said, with a guitar you can get an infinite amount of sounds, you simply must not have any limit or fear to break the rules.

My roots and influences are many and they have changed over time. I started off as a singer in a hardcore band, then besides singing, I began playing the guitar in the same band, I remember my hero was Bob Mould of Husker Du. Later, when I listened to "Confusion Is Sex" by Sonic Youth a new world opened up to me: that's when I really started to think that I could invent anything I wanted with the guitar, without really having an idea of what a guitar was, technically speaking. All that mattered was that I liked the sound I was making with it. Later on I started being attracted to more technically gifted guitarists, that left traces on my style: Duane Denison of Jesus Lizard, Robert Fripp, Arto Lindsay, Derek Bailey, Keith Rowe, Sonny Sharrock (who has a truly special place in my heart), Pete Cosey, Cosey Fanni Tutti and then one day I decided to go back, intrigued by the fact that he is said to be one of the greatest guitarists ever, I started obsessively and maniacally listening to Jimi Hendrix. I keep doing it today and I can never get enough. I am also an avid blues listener, both acoustic (pre-war) and Chicago rhythm n blues. I have to say that during the 60's in the UK, British blues definitely left a mark in history, too. 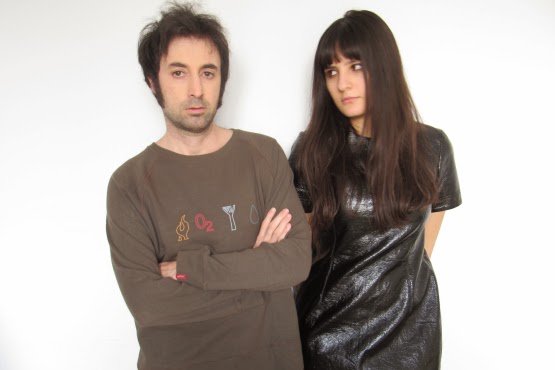 I have about 10 guitars that I have bought over many years, I definitely pick my Fender Stratocaster. Its bridge pickup has been replaced with an humbucker and the bridge is a Floyd Rose. This is the guitar that allows me to best express myself and I love its sound.

Some guy once told me: draw the fretboard on a piece of paper including the six strings, draw some random marks on it and get something you like out of what you've drawn. Sounds strange I know, but it's been useful.

A Victoria amp and a lot of pedals... in fact, I am quite obsessed with pedals and I collect fuzz boxes, old and new. Cables are also extremely important for me, which I only discovered recently but I've noticed they make such a big difference in your sound. Sometimes I add metal bottlenecks, springs, sticks and other objects, as usual...

As a musician, I would have loved to play with John Coltrane, John Lydon and I would have liked to accompany Carmelo Bene in one of his theatrical performances. A duo with Maria Callas would have been very interesting, too!

My latest project is Control Unit, together with Silvia Kastel who sings and plays synth, it's still going on and what I'm mainly focussing on right now. 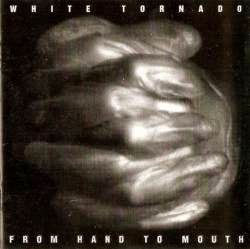 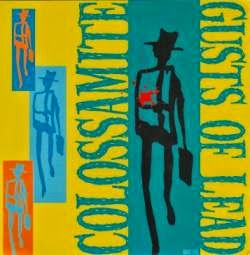 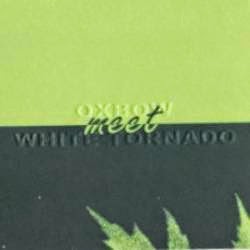 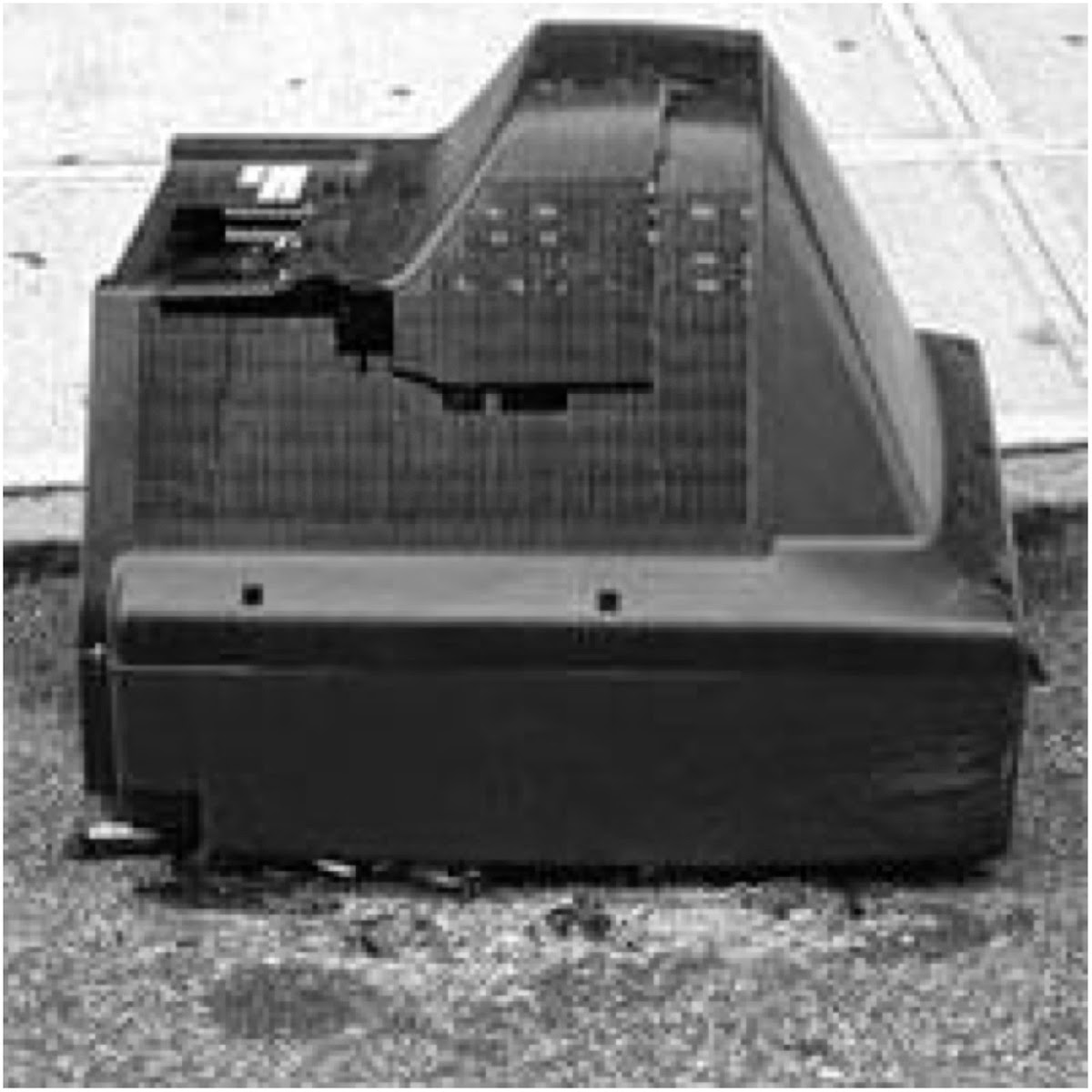 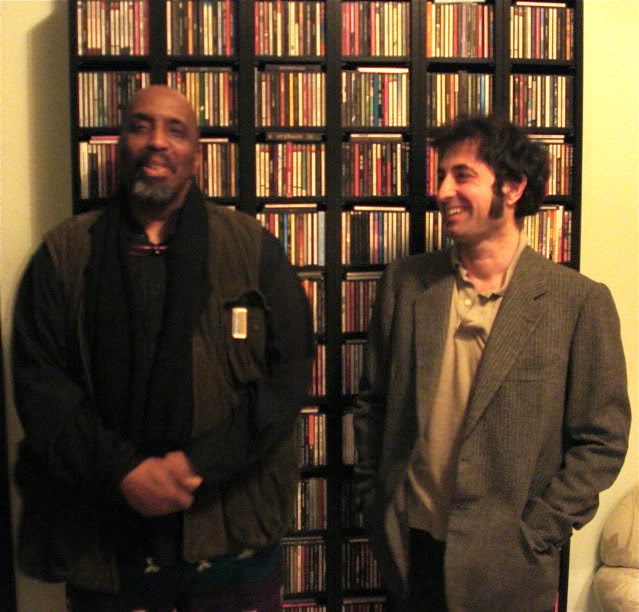 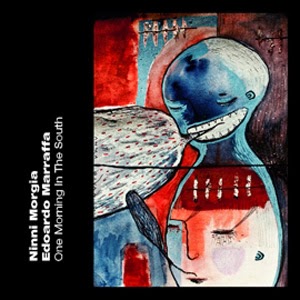 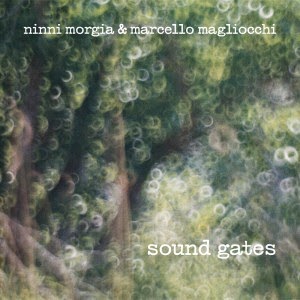 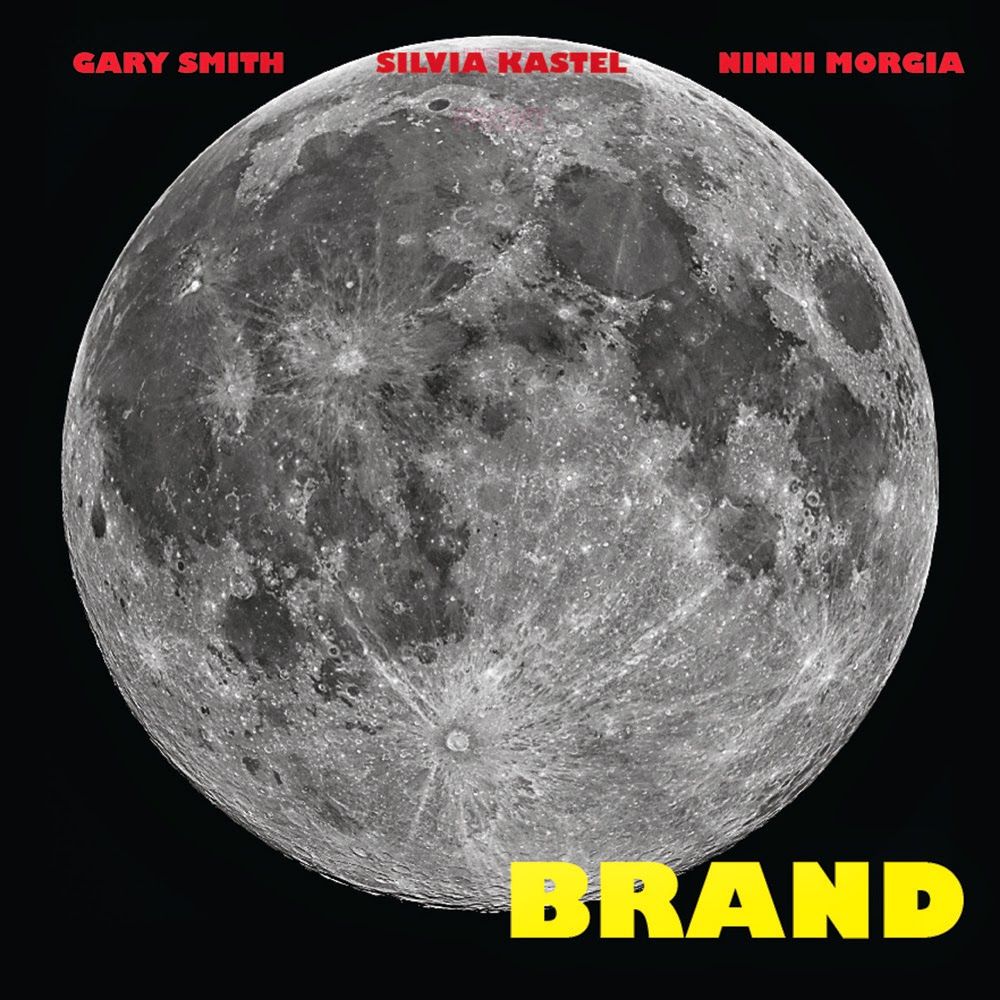 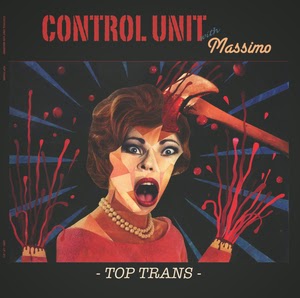 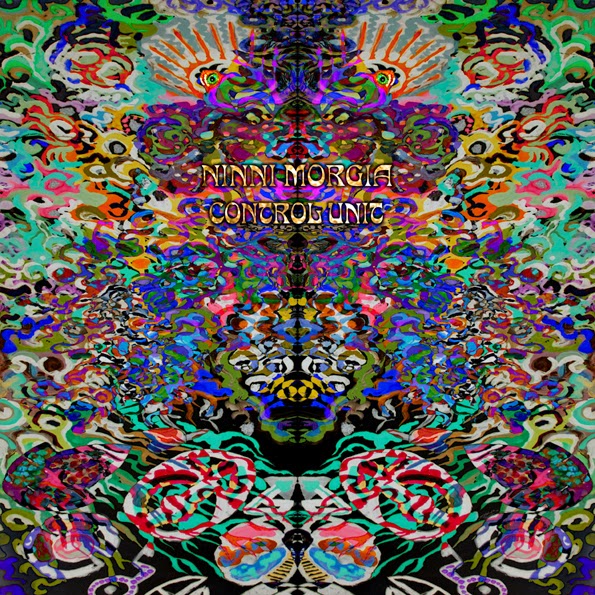 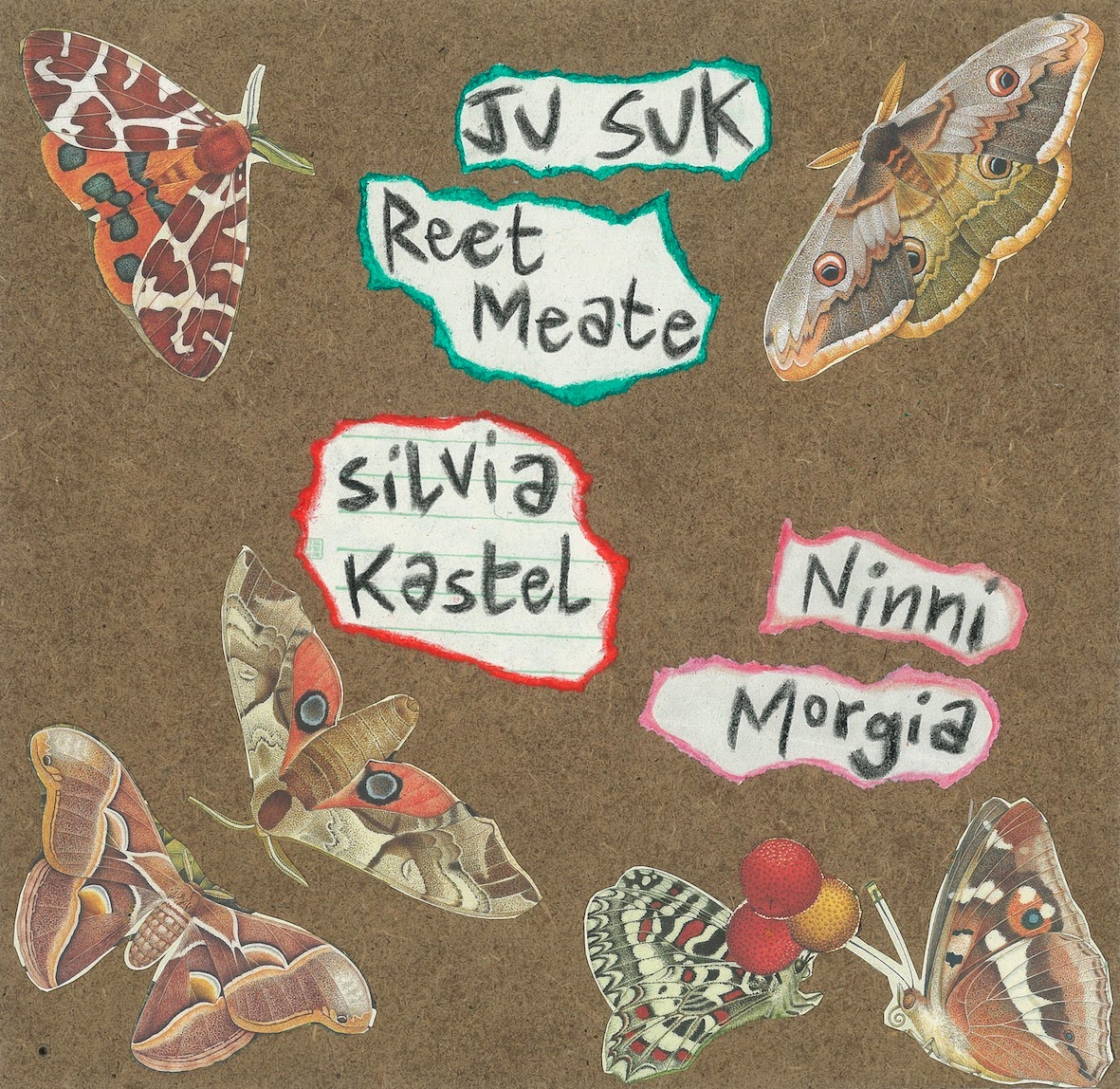 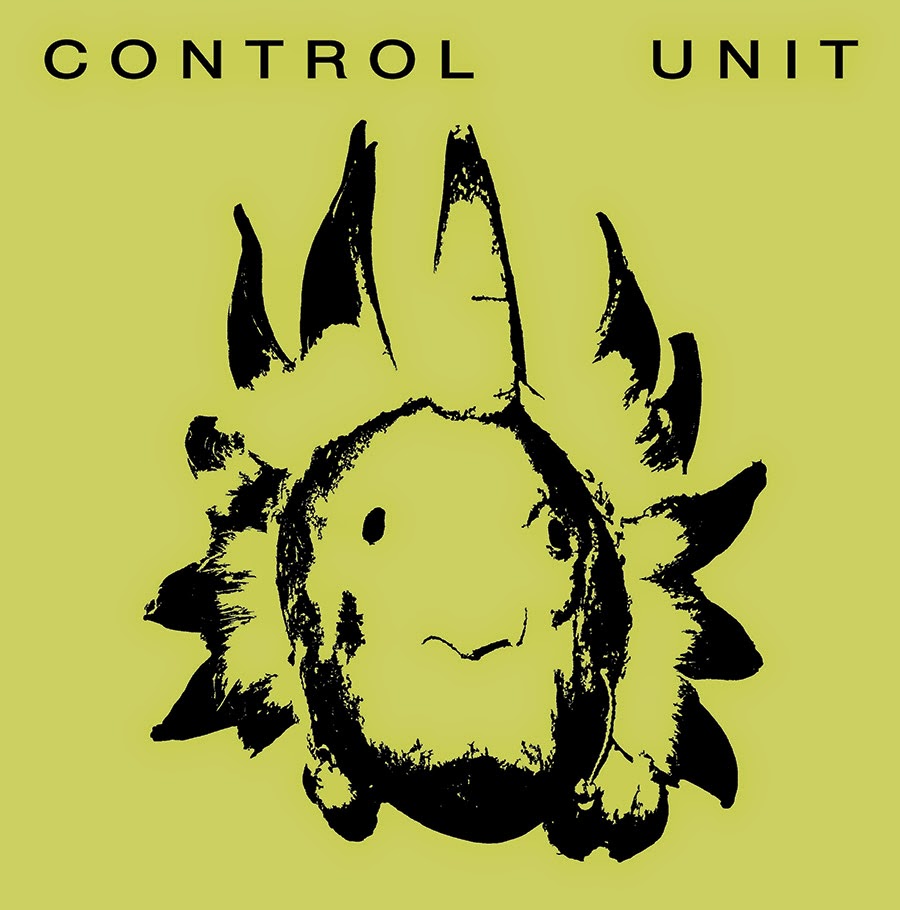