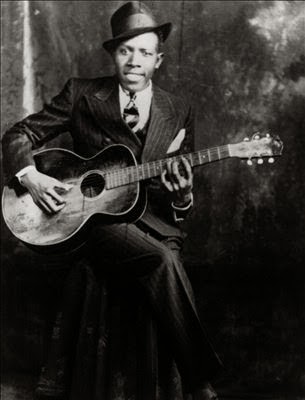 Robert Leroy Johnson (May 8, 1911 – August 16, 1938) was an American blues singer and musician. His landmark recordings in 1936 and 1937 display a combination of singing, guitar skills, and songwriting talent that has influenced later generations of musicians. Johnson's shadowy, poorly documented life and death at age 27 have given rise to much legend, including the Faustian myth that he sold his soul at a crossroads to achieve success. As an itinerant performer who played mostly on street corners, in juke joints, and at Saturday night dances, Johnson had little commercial success or public recognition in his lifetime.

Johnson's records sold poorly during his lifetime. It was only after the reissue of his recordings in 1961 on the LP King of the Delta Blues Singers that his work reached a wider audience. Johnson is now recognized as a master of the blues, particularly of the Mississippi Delta blues style. He is credited by many rock musicians as an important influence; Eric Clapton has called Johnson "the most important blues singer that ever lived." Johnson was inducted into the Rock and Roll Hall of Fame as an "Early Influence" in their first induction ceremony in 1986. In 2003, David Fricke ranked Johnson fifth in Rolling Stone′s list of the 100 Greatest Guitarists of All Time. 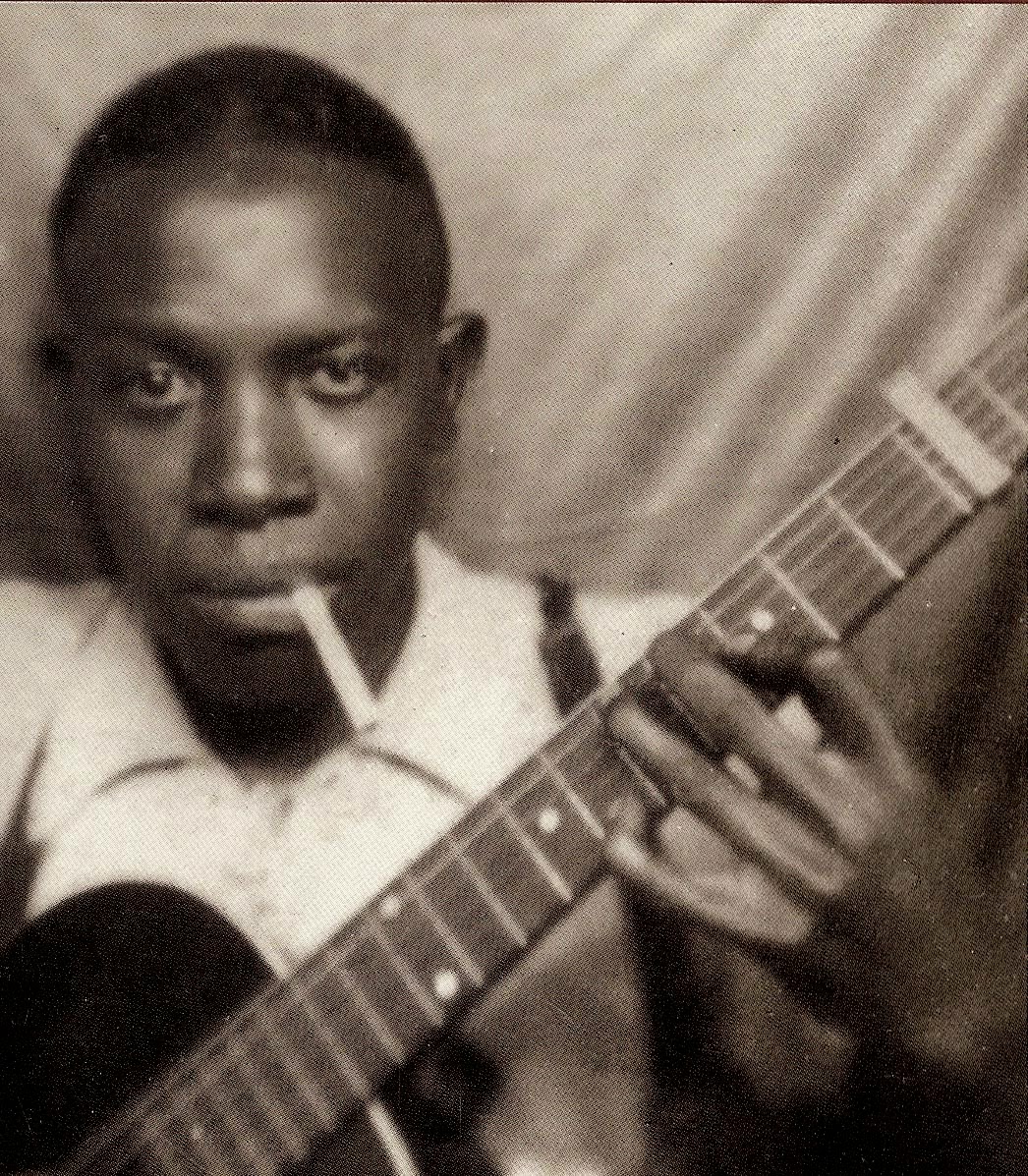 One hundred years ago, a boy-child was born in Mississippi – a dirt-poor, African-American who would grow up, learn to sing and play the blues, and eventually achieve worldwide renown. In the decades after his death, he has become known as the King of the Delta Blues Singers, his music expanding in influence to the point that rock stars of the greatest magnitude – the Rolling Stones, Bob Dylan, Eric Clapton, the Allman Brothers – all sing his praise and have recorded his songs.

That boy-child was Robert Johnson, an itinerant blues singer and guitarist who lived from 1911 to 1938. He recorded 29 songs between 1936 and ‘37 for the American Record Corporation, which released eleven 78rpm records on their Vocalion label during Johnson¹s lifetime, and one after his death.
Most of these tunes have attained canonical status, and are now considered enduring anthems of the genre: “Cross Road Blues,” “Love In Vain,” “Hellhound On My Trail,” “I Believe I¹ll Dust My Broom,” “Walking Blues,” “Sweet Home Chicago.” 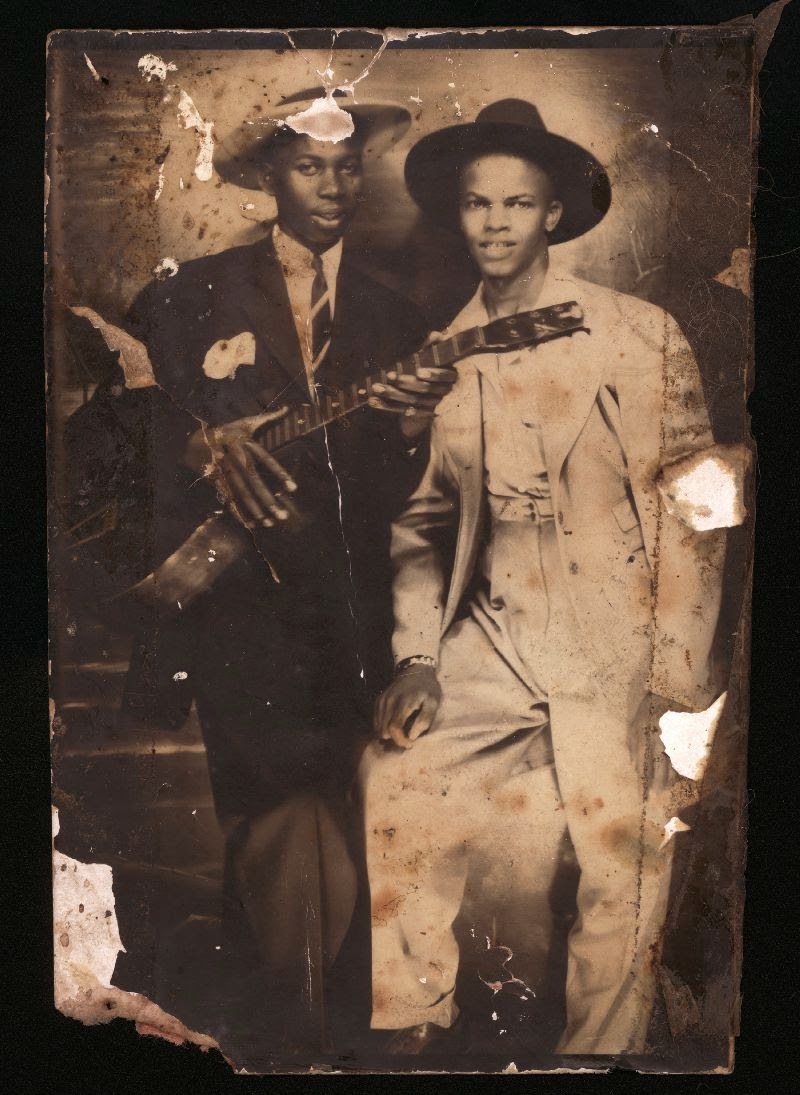 Like many bluesmen of his day, Johnson plied his craft on street corners and in jook joints, ever rambling and ever lonely – and writing songs that romanticized that existence. But Johnson accomplished this with such an unprecedented intensity, marrying his starkly expressive vocals with a guitar mastery, that his music has endured long after the heyday of country blues and his own short life.
Never had the hardships of the world been transformed into such a poetic height; never had the blues plumbed such an emotional depth. Johnson took the intense loneliness, terrors and tortuous lifestyle that came with being an African-American in the South during the Great Depression, and transformed that specific and very personal experience into music of universal relevance and global reach. “You want to know how good the blues can get?” Keith Richards once asked, answering his own question: “Well, this is it.” Eric Clapton put it more plainly: “I have never found anything more deeply soulful than Robert Johnson.”

Probably the most enigmatic Singer and Guitarist of the twentieth Century is now one of the most revered and respected of all Musicians who make up the Genre of the 'Blues'. I speak of course about the wonderful Robert Leroy Johnson. Born in 1911 in Hazelhurst, Mississippi, in a Deep South plantation, he, in his pitifully short life, has become one of the founding Fathers of the Blues.
He recorded only 36 sides over a period of a couple of months between November 1936 and June 1937 in San Antonio Texas. These remarkable recordings still bring tears to the eyes of Blues aficionados the world over and shaped the face of the music of today. 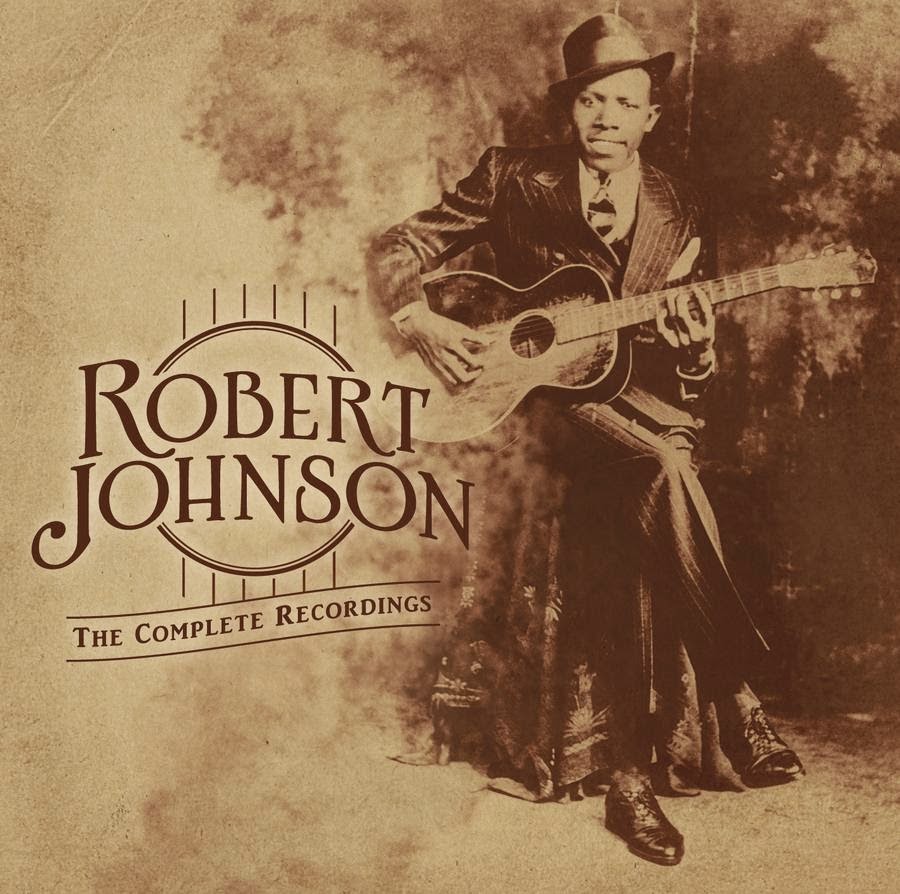 The post-war Blues of Chicago owe a great debt to Robert Johnson and it is sad to think what might have been had he lived! In just a few short years he matured from a young black guitarist into a superstar of his day. The often repeated legend was perpetuated by his contemporaries that he sold his soul to the Devil in return for his amazing guitar techniques.

His story is one of hardship tinged with great success in his own locality of the Delta and women were said to be rendered helpless as he sang his compositions. His death at the hand of a jealous husband at the age of twenty seven robbed the world of one of Americas finest ever Musicians and Blues artists.
Years after his death, in 1938, a photograph was unearthed, one of only two in existence. It shows not only his inimitable style of dress but quite remarkable slender fingers which helped him to achieve his unique mastery of the bottleneck guitar technique. He is pictured in a chalk–stripe suit which would have been somewhat overstated for a man in his position at that time. When I first saw that photograph the one thing above all else, that stood out were his beautiful long fingers that enveloped the guitar fingerboard and obviously caressed it as though it was a Woman helpless in his arms! 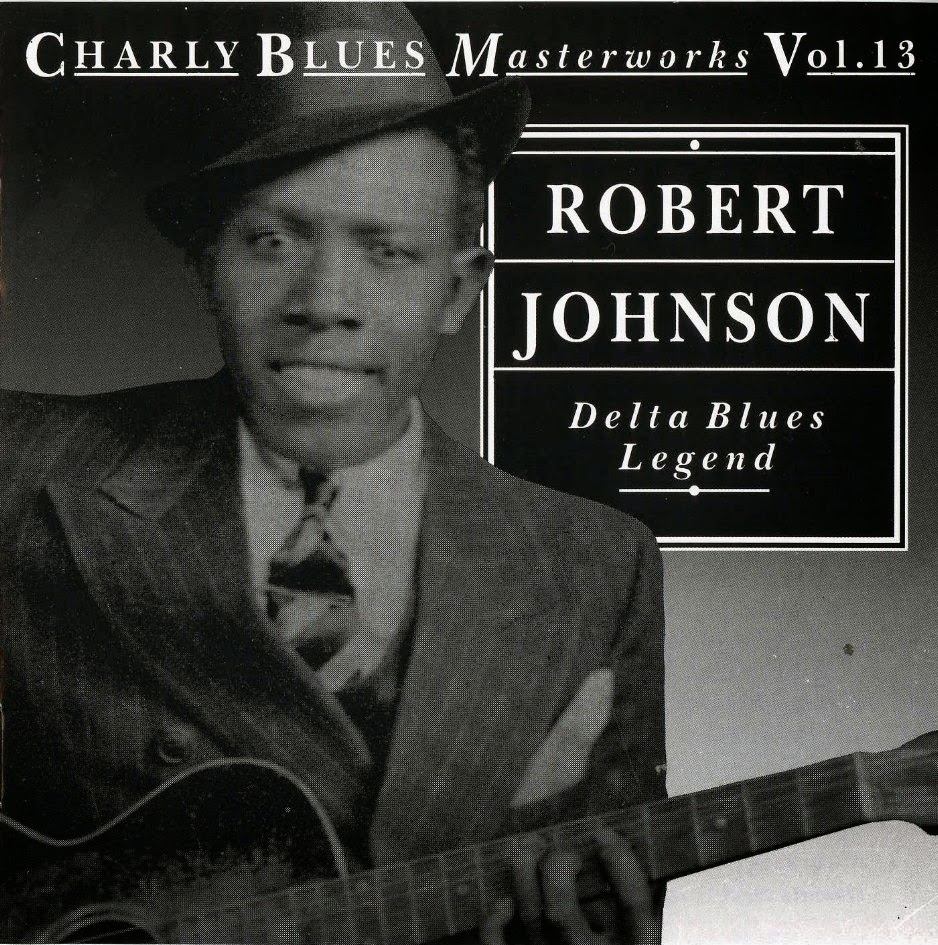 The power of Johnson’s music has been amplified over the years by the fact that so little about him is known and what little biographical information we now have only revealed itself at an almost glacial pace. Myths surrounding his life took over: that he was a country boy turned ladies’ man; that he only achieved his uncanny musical mastery after selling his soul to the devil. Even the tragedy of his death seemed to grow to mythic proportion: being poisoned by a jealous boyfriend then taking three days to expire, even as the legendary talent scout John Hammond was searching him out to perform at Carnegie Hall in New York City.

In 1990, Sony Legacy produced and released the 2-CD box set Robert Johnson: The Complete Recordings to widespread critical acclaim and, for a country blues reissue, unprecedented sales. The Complete Recordings proved the existence of a potential market for music from the deepest reaches of Sony¹s catalog, especially if buoyed by a strong story with mainstream appeal. Johnson¹s legend continues to attract an ever-widening audience, with no sign of abating. If, in today¹s world of hip-hop and heavy metal, a person knows of only one country blues artist, odds are it is Robert Johnson.