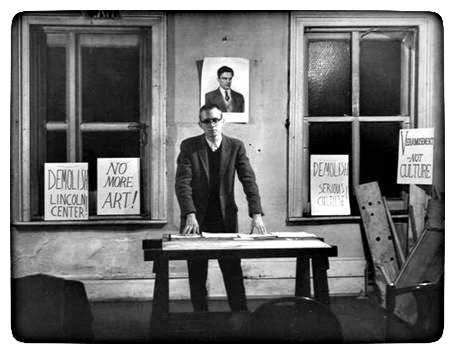 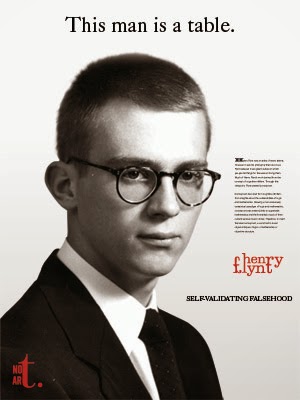 Henry Flynt’s work devolves from what he calls cognitive nihilism; a concept he developed and first announced in the 1960 and 1961 drafts of a paper called Philosophy Proper. The 1961 draft was published in Milan with other early work in his book Blueprint for a Higher Civilization in 1975. Flynt refined these dispensations in the essay Is there language? that was published as Primary Study in 1964. 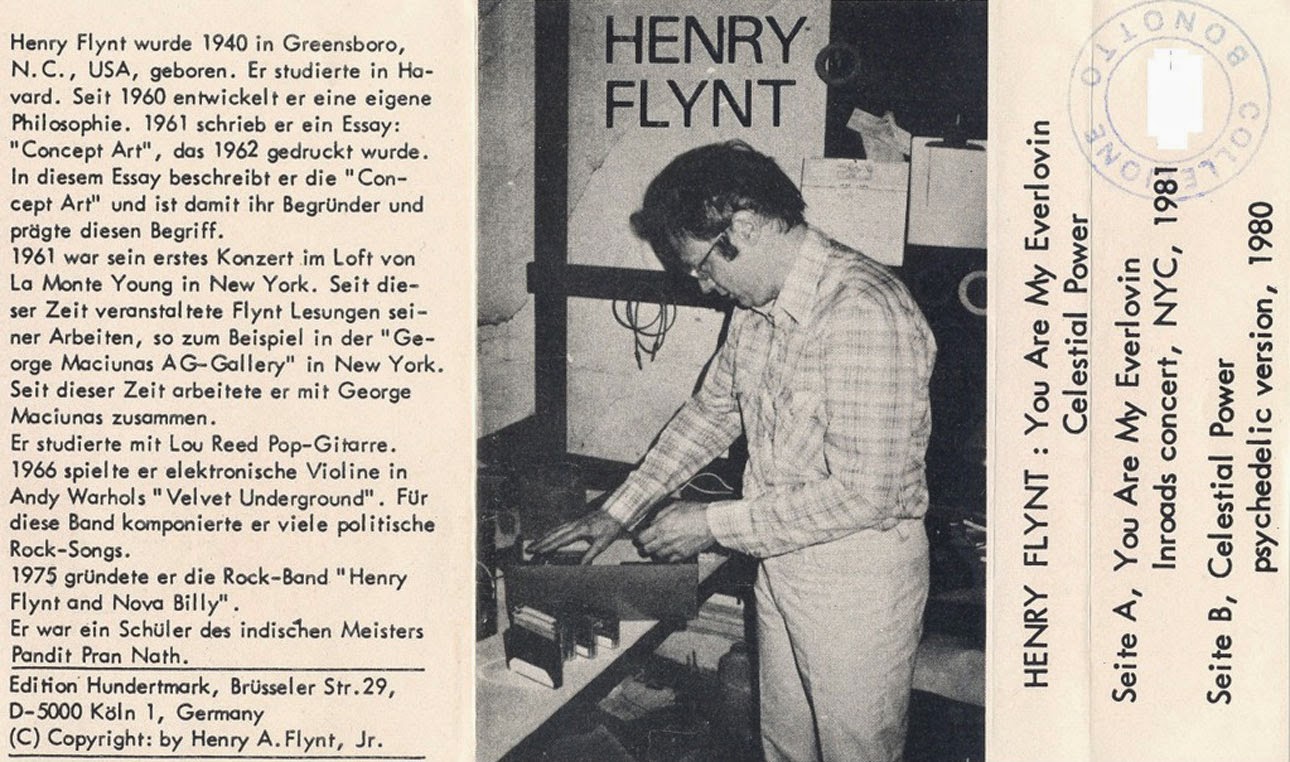 In 1961 Flynt coined the term concept art in the Neo-Dada, proto-Fluxus book An Anthology of Chance Operations (co-published by Jackson Mac Low and La Monte Young) that was released in 1963. An Anthology of Chance Operations contained seminal works by Fluxus artists such as George Brecht and Dick Higgins. Flynt's concept art, he maintained, devolved from cognitive nihilism, from insights about the vulnerabilities of logic and mathematics. Drawing on an exclusively syntactical paradigm of logic and mathematics, concept art was meant jointly to supersede mathematics and the formalistic music then current in serious art music circles. Therefore, Flynt maintained, to merit the label concept art, a work had to be an object-critique of logic or mathematics or objective structure." 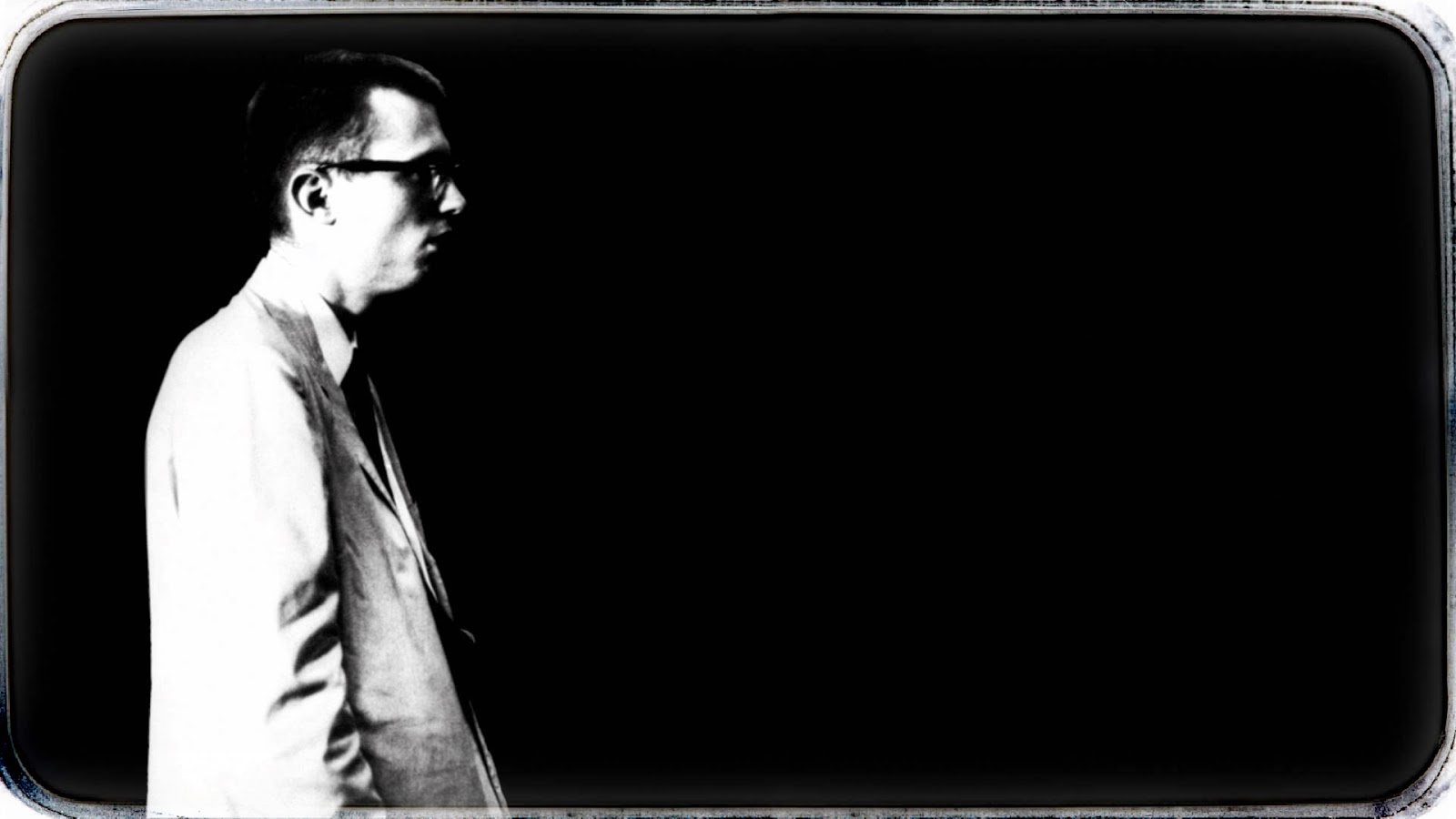 In 1962 Flynt began to campaign for an anti-art position. Thus he demonstrated against cultural institutions in New York City (such as MOMA and Lincoln Center for the Performing Arts) with Tony Conrad and Jack Smith in 1963 and against the composer Karlheinz Stockhausen twice in 1964. Flynt wanted avant-garde art to become superseded by the terms of veramusement and brend - neologisms meaning approximately pure recreation. Flynt read publicly from his text From Culture to Veramusment at Walter De Maria's loft on February 28, 1963 - an act which can be considered performance art.

From about 1980, Flynt has given a great deal of time to two endeavors which did not achieve the notoriety of the early actions: his concepts of meta-technology and personhood theory. In 1987 he revived his "concept art" for tactical reasons; and spent seven years in the art world. Following that period, Flynt began to publish recorded but unreleased musical compositions. Over 10 audio CDs have appeared as of 2007.
Flynt's writings on a wide variety of subjects are available on his website: Henry Flynt: Philosophy 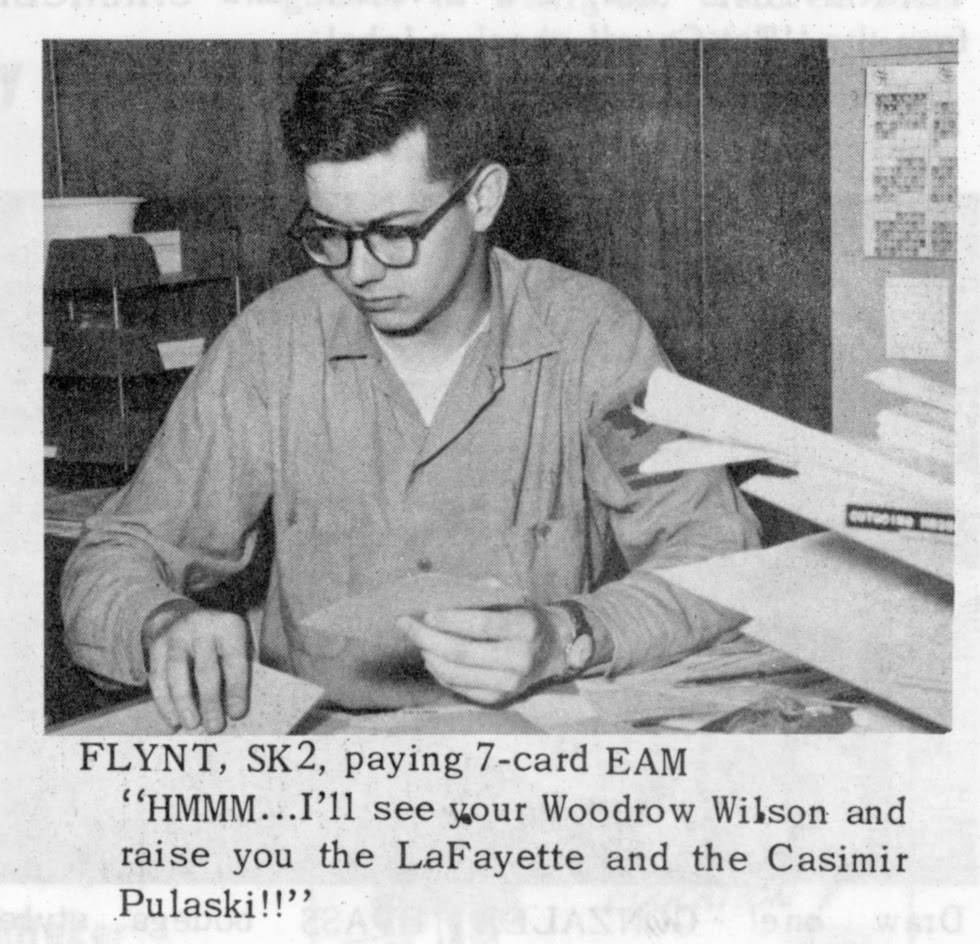 Henry Flynt is also known for his musical work, often with him performing on violin, that attempted to fuse avant-garde noise music (particularly the hypnotic aspects of minimalism) with free-jazz and hillbilly country music.
Much of Henry Flynt's recorded output has been release on the Recorded and Locust Music record labels.
His first CD release was "You Are My Everlovin'/Celestial Power" on Recorded (curated by John Berndt, and initiating the "New American Ethnic Music" or NAEM series on that label), quickly followed by "Spindizzy" and "Hillbilly Tape Music" also on Recorded. Later Recorded released NAEM 4, "Ascent to The Sun." Recently, Flynt's "Glissando No. 1" was published by Recorded (2010). 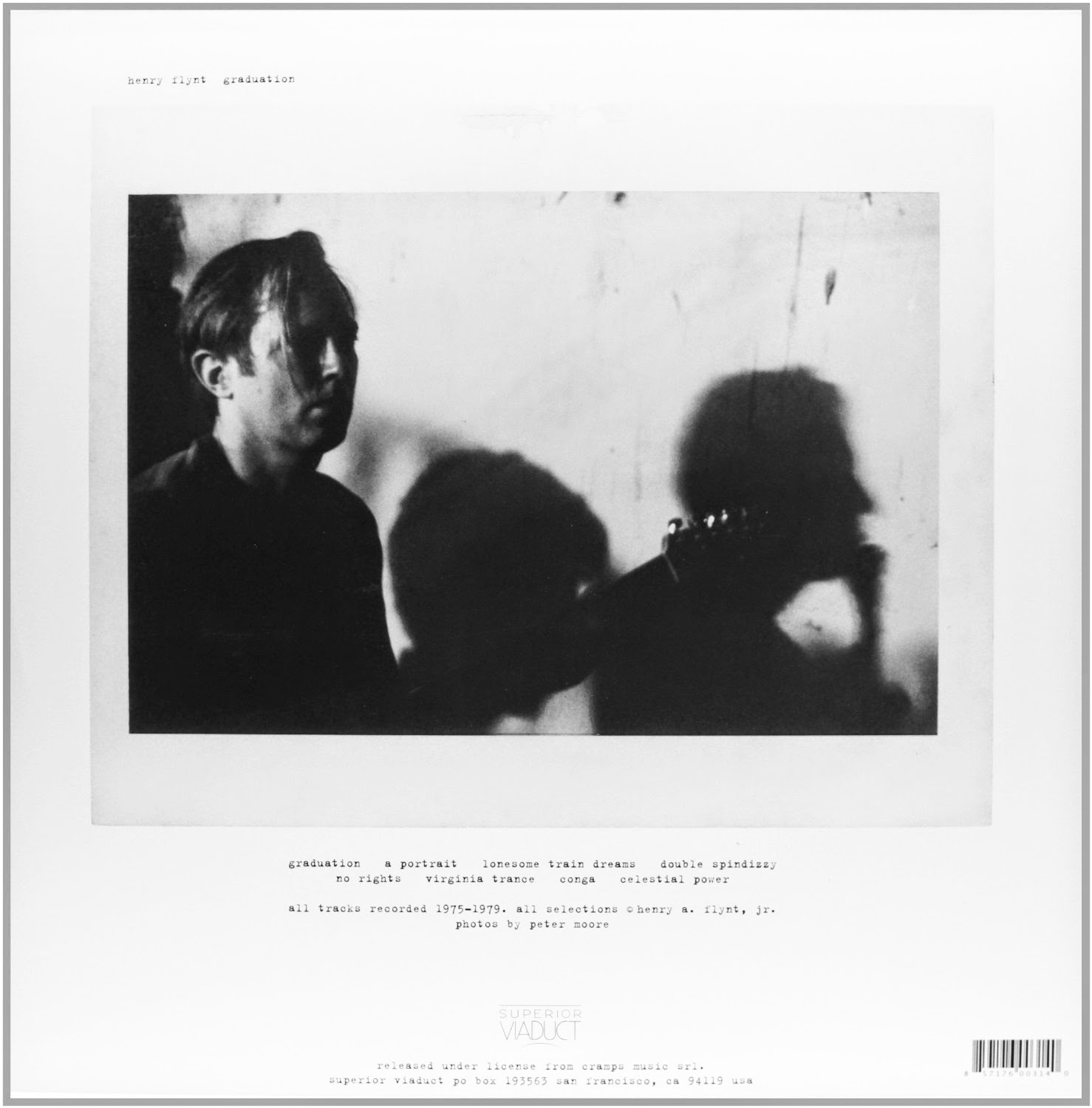 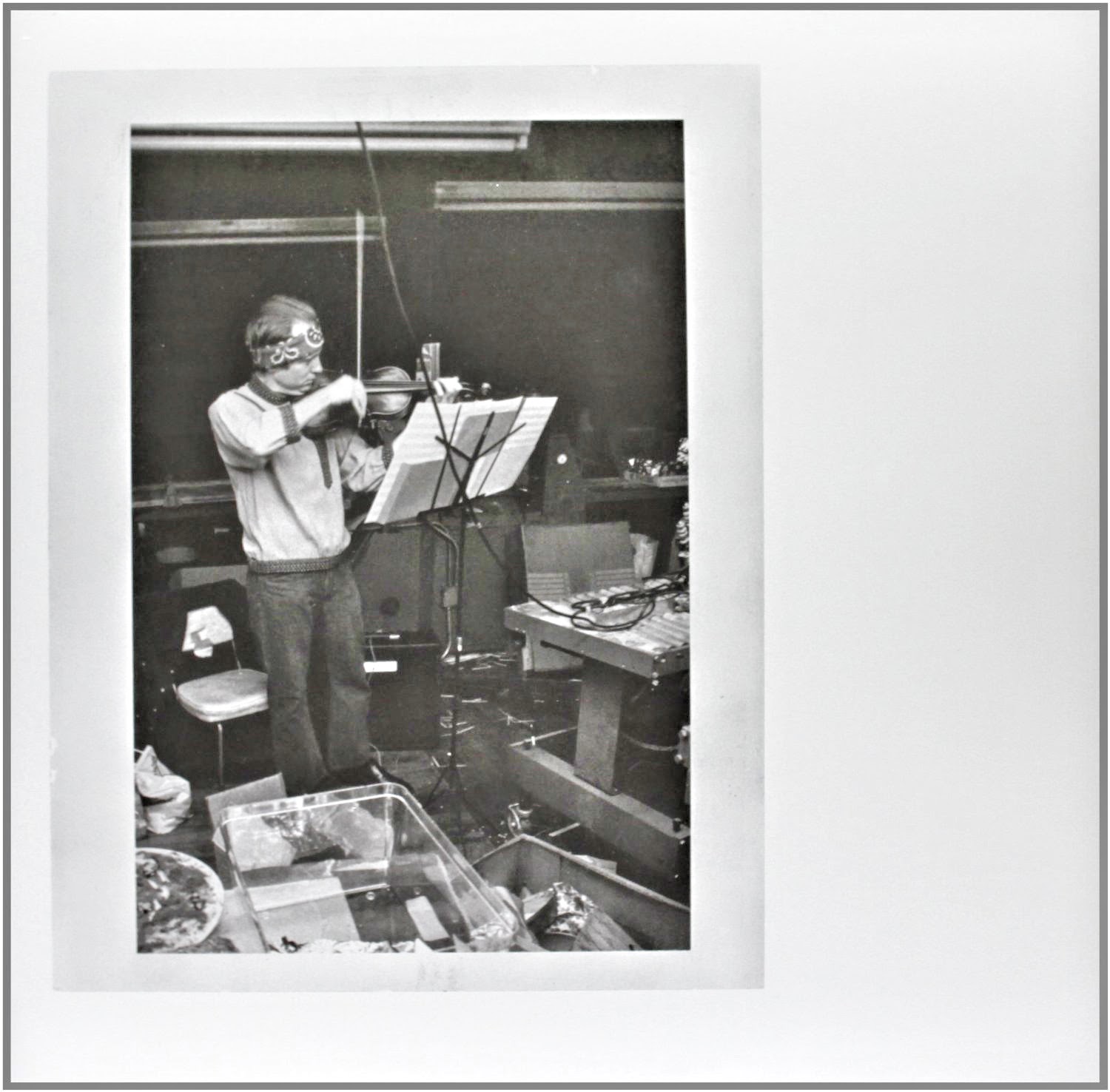 The 41-minute raga is dominated by the languid phrases of the violin that tests the border between melodic fragments and distorted tones. The "Indian" element is the background of hypnotic tamboura drones, but Flynt's improvisation at the violin betrays the influence of jazz music."Henry Flynt & Nova'Billy" (Locust, 2007) collects material recorded between 1974 and 1975 by his rock band Nova'Billy. "Dharma Warriors" (Locust, 2008) showcases another meeting between Catherine Christer Hennix & Flynt recorded in 1980 in Woodstock, New York.
Online reading: Henry Flynt's text "The Meaning of My Avant-Garde Hillbilly and Blues Music".
Relationship with Fluxus 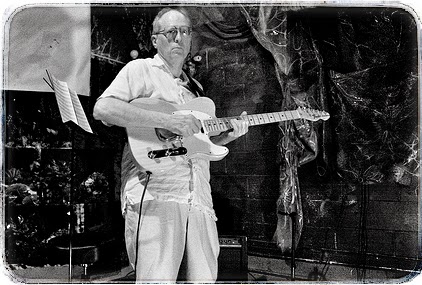 Because of his friendship and collaboration with La Monte Young and George Maciunas, Flynt sometimes gets linked to Fluxus. While Flynt himself describes Fluxus as his "publisher of last resort" (Flynt did permit Fluxus to publish his work, and took part in several Fluxus exhibitions) he claims no affiliation or interest in the Fluxus sensibility. In fact, he is a strong critic of the neo-Dada sensibility.


The creation of a newly available Henry Flynt archive turned out to be one of the better points of the early 2000s, as a small Baltimore firm worked out the process of creating collections from this interesting composer and deep thinker's recording archive. The ten pieces comprising this, the second volume in the series, all deal in some way large and small with the old-timey music of Appalachia, and to a lesser degree with its bastard offspring rockabilly, and one can't go wrong with good ingredients. A simplistic description of what these pieces are all about will be offered for descriptive purposes, but is not intended to insult the much deeper content of the works themselves. To say these musical performances and the ideas behind them are endlessly fascinating is by no means an attempt to fling hyperbole at the subject. The opening violin solo, entitled "Hoedown," presents in its nearly 15 minutes of playing time many of the concepts that the composer, a native of Greensboro, NC, would return to in the decades when he was creating solo performances for violin and electric guitar. Old-timey music is a wonderful subject for the creative composer to sink their teeth into, as indeed they have, including the so-called dean of American music, Aaron Copland.

The generations of artists involved in genres bubbling around the avant-garde music scene during Flynt's epoch, including minimalism, could and did take pointers from old-timey string bands which often repeated melodic fragments with slight variations for long periods of time. One thing Flynt does not have on his fiddle is the tone of an old-timey player; compared to Fiddlin' Arthur Smith, for example, he sounds like a student hanging around a fiddle contest, and if contrasted with the timbre of a non-professional, real backwoods fiddler, Flynt would come across even more the greenhorn. But the city slicker tone is no distraction when the real genius of the music is in how the content of the old-timey themes is rethought — edited and clipped into different sections that are on the face uncharacteristic of the original structure of the music. In other words, there are ways in which old-timey music, bluegrass, or blues phrases would be divided up if one wanted to still recognize them as such, and this wouldn't be it. Yet at the same time, the listener will never lose track of the roots of these phrases because of how clear the feeling of the mountain music is, no matter what is done with it. The music is thus able to revolve between poles of familiarity and unfamiliarity — perhaps the source of the "Spindizzy" feeling.

These are beautiful performances, and Flynt becomes even more adept at manipulating the material as the years go on. The use of overdubbing and looping techniques on pieces such as "Double Spindizzy" works so well it underscores the brilliance of the original concept, like looking down into a totally clear lake and being overwhelmed by its depth. The pieces with guitar, such as "Rockabilly Boogie," are also interesting because of their structure, but ironically hold up less well as listening experiences, simply because the sonic result of what the composer does to the material is so similar to what it might sound like just to sit and listen to a rockabilly guitar player noodle for a few moments, repeating a bit of this and that before going on to something else, and never actually playing a real song. The familiarity of this kind of casual playing — in a sub-category of "non-intentional" music that includes the sounds of orchestras warming up — makes it seem like Flynt has gone to a lot of trouble for nothing, but alchemists don't emerge from their dungeons with gold compound every time out. "Jive Deceleration" is a wonderful concluding piece that involves rests written into the performance, resulting in silent sections — which is something one would never find in old-timey music unless the fiddler suddenly had to hightail it for some reason.

It also subdivides a typical old-timey mode into three-note sections, and should remind the listener who likes jazz of Miles Davis' first modal period. These same modes that were part of old-timey music and '60s jazz came to the Appalachias from sources as diverse as Africa and the British Isles, and hearing it all moving around through so many permutations could make someone...Spindizzy. Near the conclusion of "Hillbilly Jive," the composer goes into a bit of high-pitched violin playing that is amazingly evocative, bringing to mind the sounds of traditional Appalachian hollerin', heard at a great distance. It also is the type of thing that might make a real hillbilly run for his rifle, but thankfully the remarkable Henry Flynt is safe from these type of characters. — Eugene Chadbourne


Recorded in '80 and '81, two mind-blowing disks delivering flowing, trance-inducing violin solos of extreme beauty and seriousness. In these incredible electronic hillbilly music violin performances, an exalted synthesis of American ethnic music, raga-like lyrical virtuosity, and a deep psychedelic sensibility takes place--a nod to human culture from the great nihilist philosopher and father of Concept Art. Should be completely world-famous, but only now is this music beginning to the get the attention it deserves.

First volume in a series subtitled: New Americam Ethnic Music. "Two 45 minute sets of live improvised 'avant-garde hillbilly and blues music' featuring Henry Flynt on (a rather gained) violin, one (YAME) is a duo with an unaccredited tambura player (drenched in reverb/background acoustics), the other (CP) featuring 1 track of violin, and 2 tracks of volume pedal guitars -- all performed by Flynt (drenched in reverb/background acoustics). Henry Flynt is a vanguard American conceptual artist, key Fluxus participant, ally to both La Monte Young (esp. in the early New York years, contributing to the key Fluxus document; the La Monte-edited An Anthology) and George Maciunas (several mid 60s collaborations including 'Communists Must Give Revolutionary Leadership in Culture'), author of many pamphlets and public propaganda works (Blueprint for a Higher Civilization, Down with Art), magazine articles ('Extracts from Personhood's Self Cancellation', perhaps more relevant 'The Meaning of My Avant-Garde Hillbilly and Blues Music'), recently obsessed with furthering the ideals of Meta-Technology. An interesting set of performances, both extended extemporizations on extended alpha-state ascension through excessive application of overtone-series note relationships/harmonics over a single chord/form. Close in spirit to La Monte perhaps, closer in application to something like Tony Conrad or Arnold Dreyblatt, only with a unique country-fried holler-bent that's at once alienating to art-music lovers but at the same time much more personable. An important cultural and historic link, one of the only fully realized Fluxus audio documents (despite it's 10+ year delay to the 'classic' era) available in the CD age. Seminal" -- Hrvatski 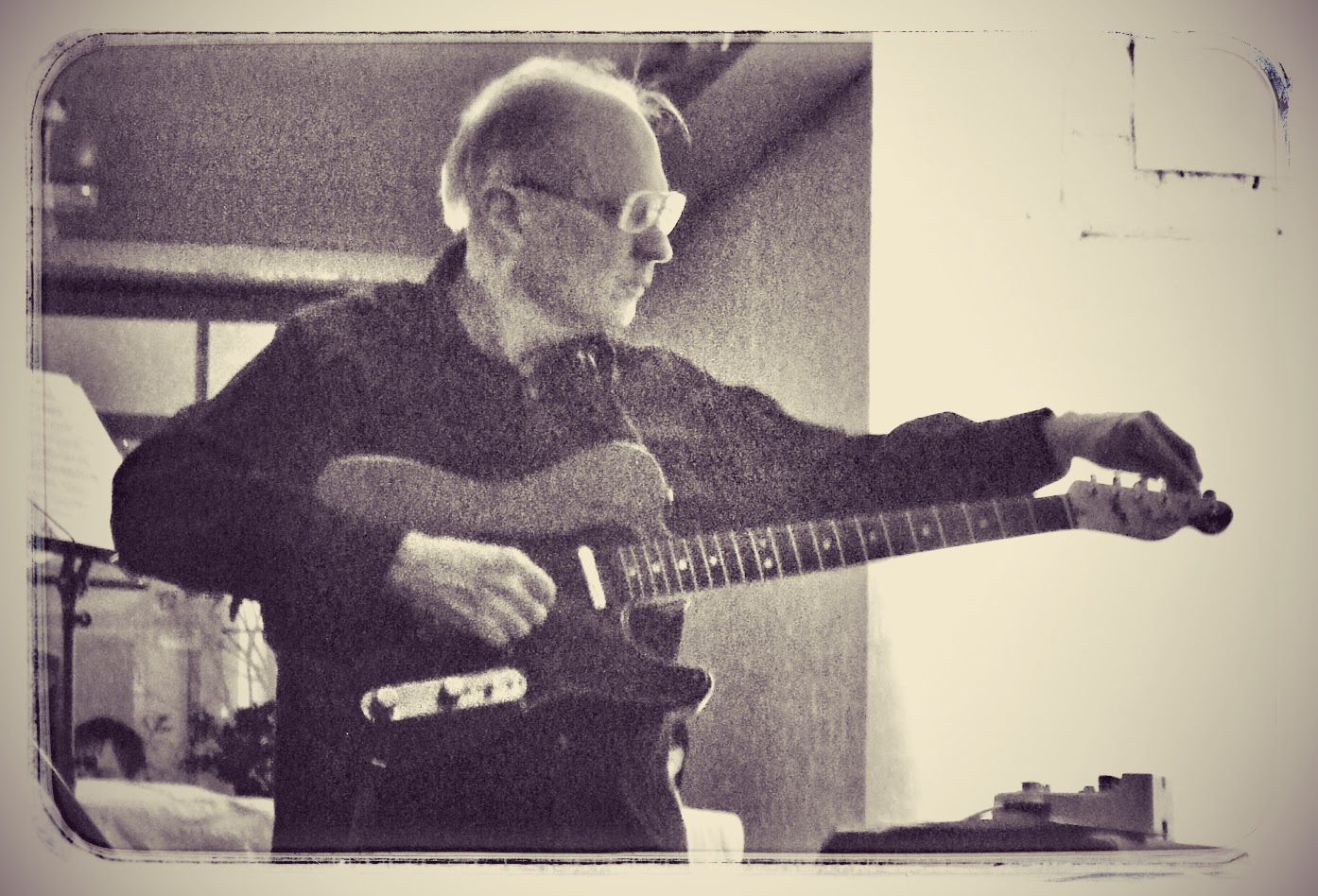