Tim Brady is a composer and guitarist who has created music in a wide range of genres ranging from chamber and orchestral music to electroacoustic works, chamber opera, contemporary dance scores, jazz and free improvisation. He has been commissioned and performed by numerous ensembles and orchestras in North America and Europe including the Orchestre symphonique de Montréal, the Vancouver Symphony Orchestra, the Winnipeg Symphony Orchestra, the Société de musique contemporaine du Québec, New Music Concerts, INA-GRM (Radio-France), the English Guitar Quartet, the Pittsburgh New Music Ensemble, the Esprit Orchestra (CBC), the Philadelphia-based Relâche ensemble, the Australian group Topology, and the British string ensemble The Smith Quartet.﻿

In addition to his work as a composer and guitarist, from 1994 to 2004 he served as the Artistic Director of Innovations en concert, a company which he founded. It is one of Montreal's main new music producers, and during his tenure as director he produced over 100 concerts of contemporary music from across Canada and around the world. He also writes frequently for Musicworks Magazine, and has served on the boards of Codes d'accès, The Canadian League of Composers and the Music Gallery. He is currently the president of the Canadian New Music Network.﻿

Since 1988 he has released 20 CDs as both a composer and a performer on Justin Time Records and, more recently, on the Ambiances magnétiques and ATMA Classique labels. His three most recent CDs are: Atacama: Symphonie #3 (ATMA Classique - Feb. 2013), the 4-CD/DVD boxed set 24 Frames (Ambiances magnétiques - Oct. 2011), for solo guitar and video, and My 20th Century (Ambiances magnétiques - 2009), a multi-media work for his Bradyworks ensemble. His two most recent major orchestral works are the Viola Concerto (Orchestre symphonique de Laval - Mar. 2013) and The Absence of Shelling is Almost Like Music, for cello, video and orchestra, commissioned by the Orchestre symphonique de Québec (Feb. 2013). Other recent orchestral pieces include Requiem 21.5: Violin Concerto, commissioned by Symphony Nova Scotia (2012) and  Amplify, Multiply, Remix and Redfine: in memory of Les Paul (for 21 electric guitars & orchestra), commissioned for the 2010 Winnipeg Symphony Orchestra New Music Festival. His most recent international success was the June 2010 production of excerpts from "24 Frames - Trance" at the Bang on a Can Marathon in New York City, as well as a 6-city East Coast US tour in September 2012.


Brady regularly tours North America, Europe, Asia and Australia as an electric guitar soloist, performing his own music as well as new works which he commissions from other composers in his effort to create a new voice for the electric guitar. He has performed at many leading venues including The South Bank Centre and the ICA (London), The Huddersfield Contemporary Music Festival (UK), The Darwin International Guitar Festival (Australia), the Bang on a Can Festival (NY), and De Ijsbreker (Amsterdam), Radio-France (Paris), the Barcelona Contemporary Music Festival and BKA (Berlin). He has recorded extensively for Radio-Canada, the Canadian Broadcasting Corporation, the British Broadcasting Corporation, Netherlands Public Radio, Radio-France, Spanish National Radio and National Public Radio in the USA. In 1999 his Strange Attractors World Tour took him to 10 countries for a total of 23 concerts. 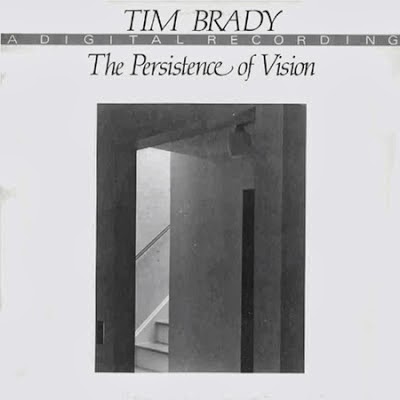 His new music ensemble Bradyworks has toured Canada six times (1991, 1994, 2000, 2004, 2006, 2009), performed in the United States, and records regularly for both the CBC and Radio-Canada. The ensemble released its first CD in 1991, entitled Inventions, and released its second recording, Revolutionary Songs, in 1996 to coincide with its performance at the Festival international de musique actuelle de Victoriaville. In the autumn of 2003 the group released its third CD, entitled Unison Rituals, and presented its first European tour, including a radio performance for the BBC Radio 3 programme "Hear and Now", along with concerts in Aberdeen, Dublin and Cork. The ensemble recently presented Brady's two chamber operas in highly successful productions: Three Cities in the Life of Dr. Norman Bethune (Montreal, 2003 / Toronto, 2005), and The Salome Dancer (Kitchener, 2005). In May 2008 it presented 5 performances of the multi-media work My 20th Century in a tour across Québec, including a performance at the Festival international de musique actuelle de Victoriaville.  My 20th Century's success continued in 2009, with a 10-city Canadian tour, to rave reviews.

In January 2013 his work "Atacama: Symphonie #3" was named "Best new composition of the year" at the Prix OPUS. In 2004 he was awarded the Prix OPUS for "Composer of the Year" by the Conseil québécois de la musique, for the outstanding quality of his work as a creative artist. In Nov. 2006 he was awarded the Jan V. Matejcek Award by SOCAN, for the most concert music performance royalties in Canada for 2005 (francophone category). From 2008 to 2013 he will be serving as the "composer-in-residence" with the Orchestre symphonique de Laval, working with music director Alain Trudel to build a creative music presence in the orchestra and in the city of Laval.

Like most "baby boomers" (I was born in 1956), it was really The Beatles on the Ed Sullivan Television Show (Feb. 9, 1964) that set us down the path of playing guitar. Electric guitar sales increased dramatically from that point on.  I got my first guitar a few years later, and an electric guitar for my 16th birthday,

Since I got my first guitar at 11, music has been a very central part of my life.  There are many psychological and anthropological theories as to why music is important to humans, and they are probably all true in one way or another. Music must be important to our species, look at the enormous amount to time, energy and passion that we put into it.  We would not make music if it was not truly essential.  But it does remain, at least a little bit, a mystery.

I started on guitar, so it's what I do.  In fact, if I had started on oboe, I'd love oboe.  Guitar is no better an instrument than any other instrument, it's just what I do at this point.

I'd have to say I think my most recent CD - Atacama: Symphony #3 (2013)  - is some of my best work, as a composer and producer.  There is very little guitar on the CD, but that is ok.  My previous 3-CD project - 24 Frames -has almost nothing but guitar, and has some good writing and playing.  My next CD is 3 major orchestral pieces (no guitar at all! - coming out in 2015), and I'm very pleased with that music. In general, I am always happier with the writing than with the playing on a project.  I think temperamentally, I am more 55% composer, 45% guitarist (percentage may vary from day to day…)

The sound I want is always related to the composition.  I do not want a single "sound" (like say Pat Martino or Bill Frisell or John Scofield or Eric Clapton, etc) - I am amazed at these kind of players, who find their "sound" and just make all sorts of great music with it.  It's incredible. I am more interested in pushing the sonic variety, using the electric guitar for really varied orchestrations.  I think this basic idea is influenced by The Beatles producer George Martin - starting from "The Beatles 65" record, every guitar track sounds different from one song to the next.  He always found a really specific sound for each song.  Think of the difference between "Helter Skelter" and "Michelle", as an extreme example.  But they are the right sounds for the composition.  That is what I am looking for.
In terms of image: depends on the music, but always a sound that makes you want to listen, that makes you want to find out what is going to happen next.

No secret influences.  Here is the list, in chronological order:

The Beatles / The Allman Brother Band / Todd Rundgren / John McGlaughlin / the ECM guitarists of the 80s/90s - Metheny,Abercrombie, Frisell.../ Pat Martino / Derek Bailey
After that, I get a little too old to be really heavily "influenced" by other players, you start to know yourself as a player and person (and you get old and stuck in your ways!)

I just hear this music in my head.  I want to get it out there, so I can hear it, and so others can play it and others can hear it.  I also really love the process of making music - composing it, then working with players to get it together, presenting it to the public. It is really fun! It is not more complicated than that.

Poly-stylistic.  Mainstream commercial music seems a bit of a dead end currently, but there is lots of amazing music happening in more out of the way corners - improv, electroacoustic, new orchestral and chamber music, music for amateur players.  We are living in a time of incredibly musical liberty - which is a huge challenge, but very exciting.


Honesty and personality. A point of view.

My guitar teacher Mick Goodrick (I studied with him from 1978 - 1980 in Boston) has the most influence on me as a musician.  He had a very strange way of teaching, but it was quite brilliant.  He never answered my questions, just kept pushing me to find the answers myself. Very Zen-style. Never said if I was playing well or not, never told me how to play guitar.  Just kept asking me to look more deeply at the question. It took me a decade after that to figure out what he was getting at but I think it was this:

Every artist must decide what they want to know and do, it is a long, soul-searching process, and it is ultimately their responsibility (and joy) to discover the way to do it.  Nobody else can teach you how to make your music.  In this sense, all creators must be autodidacts to a considerable extent.

I've never thought about this!

I am working on several projects (several new orchestral pieces and chamber operas) but the newest guitar project is my new electric guitar quartet called Instruments of Happiness.  We are recording my new guitar quartet called "The Same River Twice: Symphony #5.0 and #5.1" - which will be out in 2015.

To order CDs via the Internet and
to hear audio clips: www.actuellecd.com

A CD+DVD of this multi-media projet for solo guitar, electronics (Brady) and video (Messier).

A CD+DVD of this multi-media work for 5 musicians, with music and text by Tim Brady and videos by Martin Messier and Oana Suteu
Nominated for a PRIX OPUS 2009-2010: Best contemporary/modern recording of the year

April 2001 with Tim Brady (the guy with the headless Steinberger guitar) photo by F. Chris Giles

Vinyl (no longer available - copies available on special order only)