Shane Perlowin is an experimental guitarist/composer/improviser who creates within various formats and idioms.  His music is electric and acoustic, confrontational and soothing, finely crafted and damaged, freely improvised and tightly composed…

His overall output defies genre, while reflecting an affinity for the history of his instrument and honest musical reflection of current global circumstances. His palette is a whirlwind of rock, jazz, ambient, surf, prog, punk, blues, noise, classical, free improvisation, and world traditions, melded together in one spontaneous and distinctive voice.  He has performed club dates and festivals across North America, Europe, and Russia.
His growing discography contains over 15 albums which have been acclaimed by the likes of The New York Times, Wire Magazine, Downbeat Magazine, National Public Radio, and Pitchfork.
Additionally, he is a dedicated music educator, committed to inspiring his students and helping them cultivate the technique and knowledge to express themselves as freely and creatively as they wish.

He's a founder of the band Ahleuchatistas, an American instrumental math rock duo that mix influences of jazz, progressive rock, avant-garde, and experimental to create a unique sound. The band was formed in Asheville, North Carolina in November 2002.
Ahleuchatistas' sound is rooted in a wide variety of sonic influences and musical traditions. In addition to being an instrumental rock band, there are elements of noise, African music, ambient/drone, psychedelia, Chinese traditional music, garage rock, minimalism, classical music, and electronica. They employ block-form, thru-composition, and improvisational musical strategies. Sudden tempo changes, amelodic tones, and technically complex motifs are prominent characteristics of much of the band's recorded output. The original members of the band were Shane Perlowin on guitar, Derek Poteat on bass, and Sean Dail on drums.

It was a cheap, white, Stratocaster-style electric guitar.  I think it was called a Striker.  I learned some licks on it, and wrote my first few songs on it.  But, really it was nothing special...  I was 14 years old, and my mother was about to get me a keyboard and lessons, but then gave me the option to get a guitar instead and that excited me.  I think I took two lessons with that dude, before going off to find my own way.

I don't know, I guess I don't fantasize about that ever...  or maybe I just think every idea I have is somehow possible.

I find just about everything about the guitar to be pleasurable...  But, one of the greatest rewards of having devoted so much of my life to this instrument is its ability to communicate.  Through guitar, I communicate across borders, across generations, across class-lines, across language barriers, and across time.  The connections that I have made with other humans through this instrument are a beautiful, immeasurable gift.

I try to remember the feeling I have when an idea falls out of my fingers for the first time.  Because you can forget that feeling if you kick something around for long enough.  You end up knowing it too well and you might forget what was magical about it.  But, something made you say "Yes!" the first time you heard it.  And other people will feel that way too if they have the chance to hear it.  So, I try to recreate that innocence for myself when I play music.

My roots are all over the place.  I grew up with the mass media just like everyone else, and I enjoy a lot of popular music.  My first cassette tapes as a small child were RUN DMC and the Beastie Boys, and I still love that music.  I was a metal head when I first got a guitar, and the first couple riffs I learned were by Metallica and Iron Maiden.  I fell in love with jazz when I bought John Coltrane's Giant Steps at age 16.  I used to go see the great jazz organist Dr. Lonnie Smith every Sunday at a pub in Fort Lauderdale, FL when I was a teenager.  He and the other musicians were tossing magic around on stage, and I felt like I was at a tennis match, if I was WAY into tennis.  The musicians were all smiling and speaking without words and I was drawn to this experience because it was pure joy.

That said, I was also way into the post-punk band Fugazi, who remain one of my favorite rock bands, for much the same reason.  I definitely enjoyed the prog-rock and Frank Zappa as a lad.  When I was 19 or so I got turned onto the NYC experimental avant-garde scene and John Zorn and Marc Ribot became heros.  As I have grown up and become a music educator and musician-for-hire, I have become focused on classical guitar and a holistic approach to music education.  I have had very little formal training, so I have taken a somewhat circuitous route full of "mistakes".  However, I think my insistence on originality and experimentalism was probably ultimately a healthy choice.  My ears are wide open so there is really no genre of music that I can categorically say I dislike.

What are the main differences from playing alone to playing in duo or in a group?

I feed off of other people in a big way.  My ideas and approach change depending on who I am playing with.  Ultimately, I am more of a team player than a go-it-alone soloist.  Though I do enjoy performing and listening to solo guitar very much, I am so inspired by the creativity of my collaborators.  I compose a lot of music on my own, but almost always I am thinking of who I will be playing with when I write.  And then the music morphs once it is introduced into the group setting.  After hearing recordings of performances and rehearsals, a process of dialogical editing typically ensues.  Ideas reveal themselves to me in the action-reaction of collaboration.

I am drawn to the mystery of it all.  I tend to construct puzzles.  They are becoming more nuanced and complex, but at the same time they are making more sense and are connecting on a deeper emotional and spiritual level.  I want to follow this pattern to wherever it goes, which is definitely something I hear faintly in the distance at all times.

I think music is alive and well and evolving.  I think the business of music can be a real drag.  But, then, business is a drag.  But, I hear great things in my community and in the world at large.  There's plenty to choose from, so if you're bogged down by having strong preferences or the need to feel like you have elevated tastes, its really not too difficult to limit yourself to whatever ghetto you'd like to impose on yourself.

Technique has become very important to me in the last couple years.  I ignored it for a long time.  But, now I am very much interested in effortlessness and mindfulness, almost as a meditation.  You have to ask: what is the easiest way to manifest your vision?  Finding the easiest way is the pursuit of the most natural technique to make it happen.  Different visions require different levels of technique or different specific techniques.  So, for me, total freedom is a lifetime goal.  And the only way to manifest this seemingly impossible outcome is to be in this moment right now and focus my awareness on the finest details in the slowest, easiest way possible.  If I can maintain the discipline to practice in this way, my performances are so much more generous and joyful and I am free of worry about "mistakes" or caring about what anybody thinks.

Its ok to not know what you are doing, to be a work in progress, to feel like everyday is brand new and you are starting from scratch.  This is much better than thinking you have it all figured out.

I am decidedly a tube amp guy.  I know very little about the mechanics of my gear, but I know that I my sound is achieved on a tube amp.

I have been very fortunate to have collaborated with some of my favorite living visual artists: Courtney Chappell, Lauren Whitley, and Sarah Cavalieri. I would have enjoyed making music for filmmaker Maya Deren, though Teiji Ito certainly did a fine job.

My latest project is called Blind Thorns and it is about waking up to the fact that our universe is a simulation and there is no waking up. 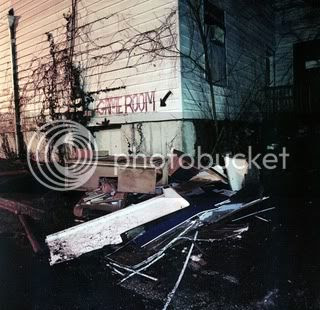 Shane Perlowin - The Vacancy in Every Verse (2010) 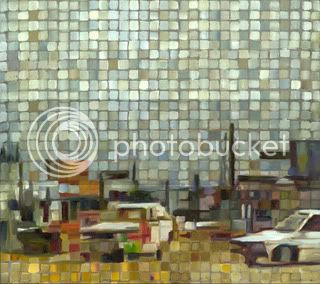 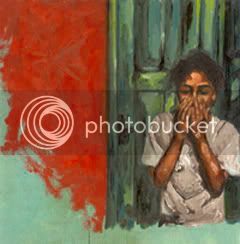 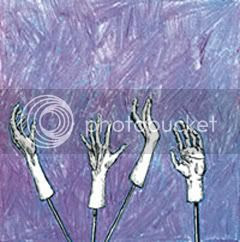 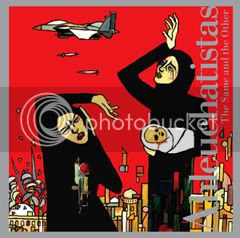 Ahleuchatistas - On The Culture Industry (2003) 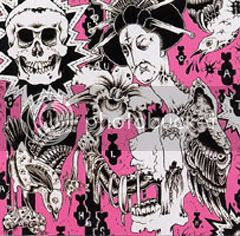