American composer Jim O'Rourke has been a key component in the American and European experimental music avant-garde, working in a no man's land from experimental jazz and pop to rock and electro-acoustic, and building many a bridge in between. Born in 1969 in Chicago, IL. Bachelor of arts degree in music composition, DePaul University, 1991, dealing most often with prepared guitar in improvisational group settings, O'Rourke has also released a fair bit of material as a soloist, although more often in the electro-acoustic musique concrète vein.

Around 2000 he relocated to New York before moving on to Tokyo, Japan where he currently resides, busy as a producer for hire, while working on his own solo material and maintaining a regular presence on the local live scene. 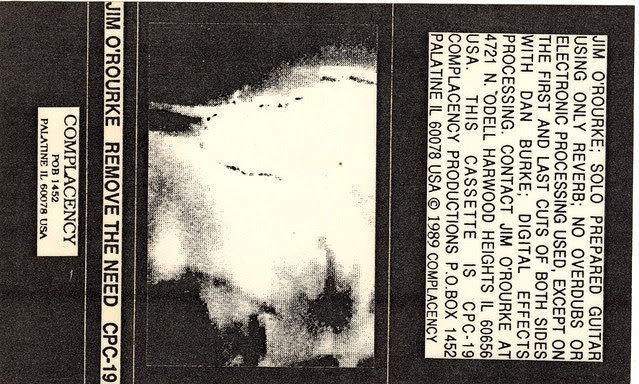 While in London, O'Rourke recorded an improvised music session for BBC Radio Three's Mixing It programme, with Derek Bailey, Vanessa Mackness and Eddie Prévost. Even though O'Rourke's value judgement of the results didn't go much beyond saying "it was OK", he seemd pleased with how it had turned out.
"I'd worked with all of them before. I've known Eddie and Derek for about five years now. I've played with Eddie a lot, even outside improvised music, on the Organum records. It was an interesting contrast, because aesthetically the kind of improvisation Derek is usually involved in is totally different to Eddie whose own group is more the post-Bailey improv school. So there was this contrast between the setting up of textures and this linear examination of material, which Derek was more interested in. I like doing it because Derek wouldn't usually have played with Eddie".

O'Rourke is also engaged in an ongoing exploration of experimental rock as a member of Gastr del Sol, who've released albums through the Teen Beat and Table of the Elements labels. Beginning with guitar at the age of six, it wasn't until his collegiate career at DePaul University that O'Rourke's interest in the less obvious possibilities of the instrument led him through the early catalogs of the post-classical and electro-acoustic traditions. Other groups with his presence are Brise-Glace, Diskaholics Anonymous Trio, Elvis Messiahs, Indicate, Loose Fur, Mimir, Original Silence, Osorezan, Red Krayola, The Supreme Indifference, Faust, Yona-Kit... O'Rourke scored several films and ran Moikai, Distemper & Dexter's Cigar label. 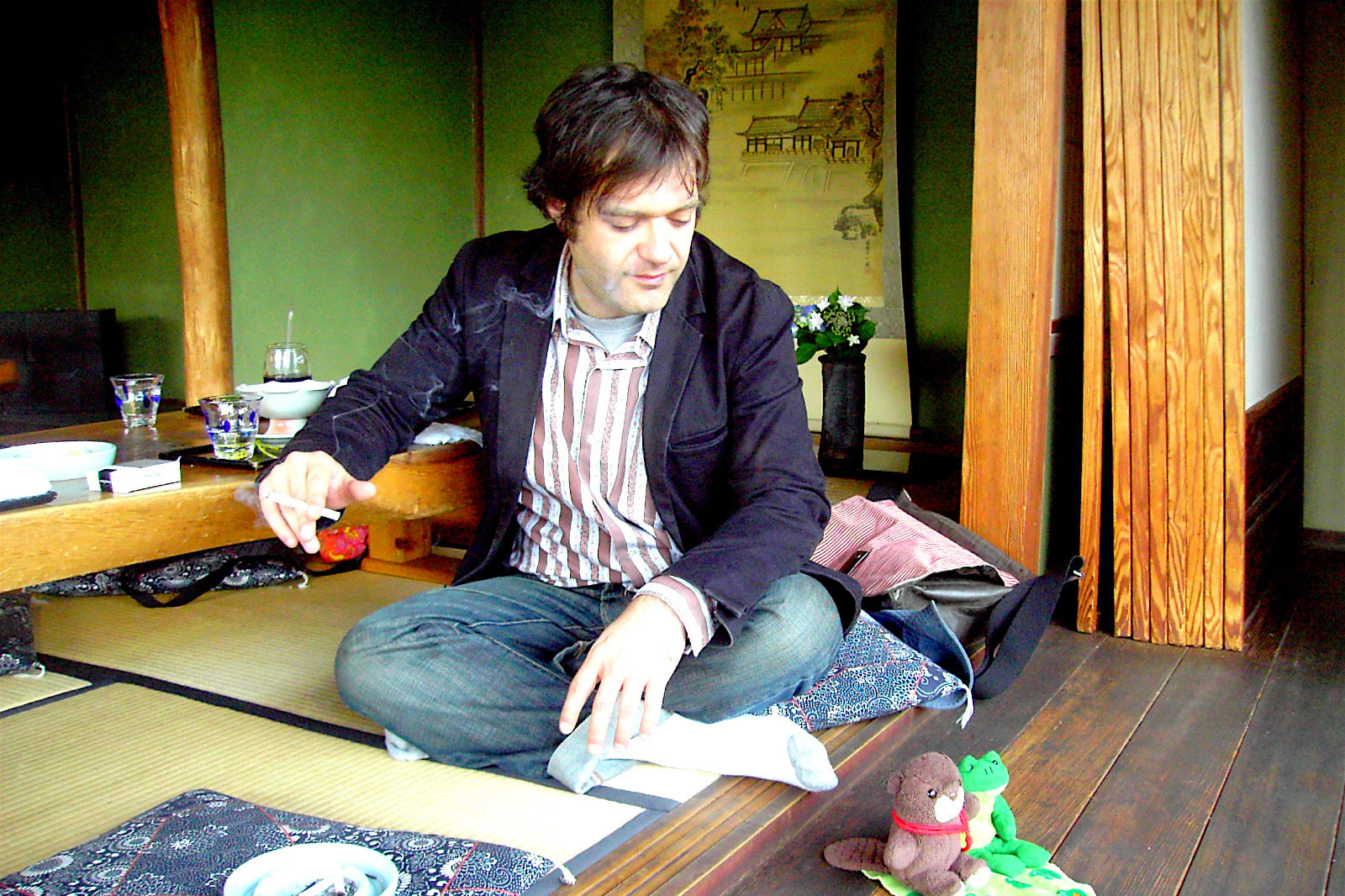 While at DePaul, O'Rourke completed much of the work that would constitute his first few releases. He also had the opportunity to meet up with noted improvisational guitarist Derek Bailey, whose invitation to O'Rourke to play at the British improv festival Company Week led to further collaborative projects with Bailey, Henry Kaiser, Eddie Prevost, and David Jackman. O'Rourke began working with Dan Burke's Illusion of Safety project in the early '90s, releasing three albums through Staalplaat and Tesco, before moving on to form experimental "rock" group Gastr del Sol with David Grubbs. 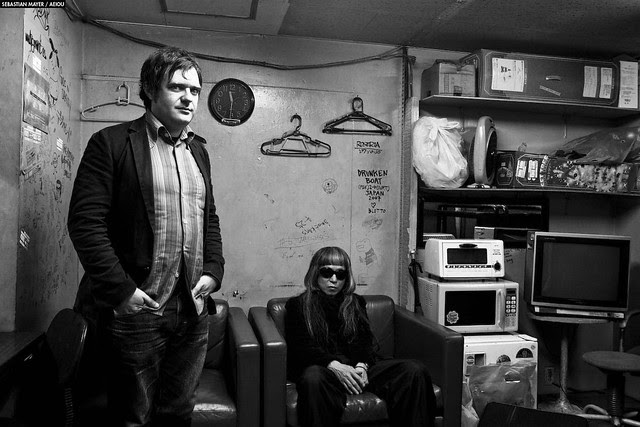 Although focusing more on collaboration after a string of solo releases in the early '90s, O'Rourke has shifted back to solo work of late, releasing Terminal Pharmacy through John Zorn's Tzadik label and completing commissioned pieces for the Kronos Quartet and the Rova Saxophone Quartet. In 1995, O'Rourke was invited by German experimental electronic label Mille Plateaux (Oval, Steel, Microstoria) to conduct an extended remix of their entire back catalog. He also produced and co-wrote a good portion of innovative German outfit Faust's Table of the Elements release, Rien. Subsequent releases include 1997's acclaimed Bad Timing and its equally brilliant follow-up, 1999's Eureka. 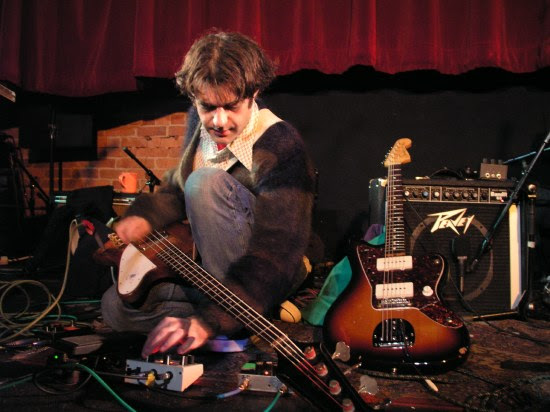 In 2001, O'Rourke released the album Insignificance featuring appearances by guitarist Jeff Tweedy and Glenn Kotche of Wilco. The trio also later collaborated in the side-project Loose Fur, releasing a self-titled album in 2003 and Born Again in the U.S.A. in 2006.

A sideman and collaborator as much as a solo artist, O'Rourke has performed as a member of several ensembles including most famously joining the legendary noise-rock band Sonic Youth, appearing onon several albums including 2002's Murray Street and 2004's Sonic Nurse. Leaving Sonic Youth in 2005, O'Rourke relocated to Tokyo, Japan and continued to perform, produce, and record.

He released the experimental Hagyou in 2008 featuring saxophonist Akira Sakata. In 2009, he delivered the 38-minute extended work The Visitor, which was dedicated to his hero, influential experimental guitarist Derek Bailey, a stirring album-length composition that moves through densely layered folk, would-be movie-music, and sounds suggestive of much more. In 2011, the album Unreleased appeared on Rune Grammofon.

His interest in this kind of music has a lot in common with the kind of film-making he's interested in, and he cites Roeg and Bunuel as examples, as well as Jacques Tati, Michael Snow and Dusan Makayevich. "I've made films, but I'm not one of these people who thinks that because people like my music they'll like my films. I've made about ten films over the past ten yearts, and I do paintings and everything, but I would never show them to anybody until I think I've done something that's me, in that medium. "

What do you remenber about your first musical instrument?

i was disappointed that i didn't get a 8mm camera, which is what i wanted, haha.

because i got it instead of an 8mm camera, really!

there is a note i play on Loren Connors and Alan Lichts Hoffmann Estate's record that i am still surprised to hear, that was nice, hahah. mostly i can feel good about the work i have helped others on...


An impossible project that you would like to realize?


too many to even pick one, let alone remember one!

What was the first solo you learned from a record? and can you still play it?

Allan Holdsworth's solo on In the Dead of Night, from the first u.k. record. never could get it though, i mean, who can? it's Holdsworth!!!

Drunken Little Mass by White Out with Jim O'Rourke

only in reference to past time, and in your own head, what you plan for the future, which is then present and past time all over again.


the solo from In the Dead of Night.

there is no difference between being a support player or leader, you have to stand behind the work no matter what you do.

strangely, the pick, i just can't play if the pick doesn't feel right.

What artist -no time, no genre- would you be identified with?

egads...i have no idea...slavoj zizek?? i look a little bit like him now..and, paul mccartney now looks like my mother, so i've got that going for me... 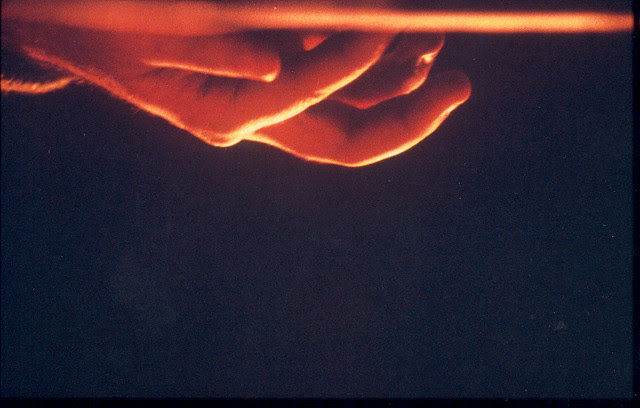 Jim O'Rourke has released an eight part digital series of recordings titled Steamroom, via Bandcamp. The Steamroom series includes O'Rourke's soundtracks for films The World (by Makino Takashi) and Not Yet (directed by O'Rourke); tracks taken from a CD released on his Japan tour with Christoph Heeman and Will Long earlier this year; live recordings from between 2011–2013; his piece from the split CD Frontieres plus some performances from this year's five night run at SuperDeluxe in Tokyo.