Music as an adventure, love for experiment and improvisation, vision, to bring compositional predefined shapes and spontaneous improvisational musical images – that is also to say structure and expressivity – into a dialectical relationship at the moment of performance.

Research in the field of non-linear phenomena, theory of complexity, time, structure development/patterns and simulation at the universities of Magdeburg and Munich

1. What was the first musical sound that you remember?

I remember that my father had a record of an Old Prussian military band and I was playing along with a drum hanging around my neck and walking around the dining table - I was totally into it, being in another world.

2. What do you expect from music?

It's an adventure to listen to it in the present, this is it, feeling alive, everything's already there and anything goes, let it flow. Awareness, allowing, accepting on the one hand, on the other hand reflection, past & future, structure & form; dualism anyway, changing life.

4. Which work of your own (or as a sideman) are you most proud of, and why?

My first solo CD "AtEM" after my climbing accident when I lost two fingers of my right hand, I didn't know if I ever will play the guitar again. I started to compose those pieces for guitar in the hospital between surgeries, writing them with my left hand and finally recording them track by track, for my own documentation purposes. It turned out to be a pretty radical turn towards something new.

5. How do you understand the relationship between laptop and guitar?


It's one instrument! Compare it with the amplifier of an electric guitar; it doesn't work without it.

6. What is the value of technique in art?


It may help you in defining what you want to say more precisely.

7. What is your relationship (or interest) with other disciplines such as painting, literature, dance, theater ...?

Life is complex, in fact very complex. It’s not just black-or-white, it's colored, beautiful and ugly and everything in between and something beyond, colours we don't understand and colours we agree to and colours we deny exist. Because art may reflect and express that complexity of our human existence and condition - it tries to get to the bottom of live - art is ambiguous by its nature, as is life.
That's what I feel, what I'm interested in, what I love, what I love to think about, what I try to express, what I'm struggling with, what keeps me alive.

8. What are the challenges and benefits of today's digital music scene?

To cut the matter short, I think the challenge of today is to integrate the digital paradigm shift into art, into music. The benefit of it is to deal with appropriate topics of our time, things we experience every day.

9. Define the sound you're still looking for


A combination of abcdefghijklmnopqrstuvwxyz

10. Why and how do you use extended techniques in guitar?

I don't use extended techniques on the guitar by itself. As regards my playing those days are over. It's like playing Lachenmann: it's great but museum. Even though I sometimes like listening to people who developed a very personalized guitar playing, thus: it's museum but great. (And I still love listening to Lachenmann.)

Which living person would you like to collaborate with?
Just a few days ago I played with Peter Brötzmann who was a major figure when I was young (and still is I guess), we listened to him in our living community at breakfast – great days. Even though I never thought about playing with him, it was a big pleasure, a dream come true, so to speak.

I would like to answer it with a video of mine, dedicated respectfully to On Kawara's Date Paintings of the Today Series. This one:

I'm finishing building a virtual instrument which allows me to translate any incoming audio into music in real-time. It's pretty effective with voice, noise, sound, even music, say, transform a speech into orchestral music, classical music into a free jazz band or party noises into electric guitar music.
For a start, I call it "transphonition". 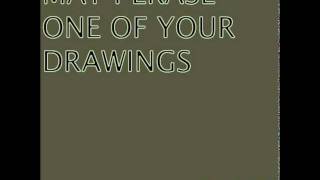 2011 Gunnar Geisse "MAY I ERASE ONE OF YOUR DRAWINGS" (laptop) 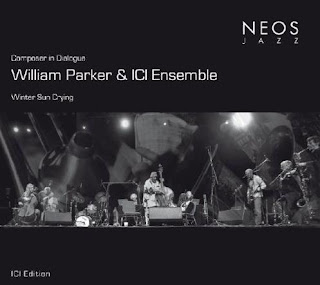 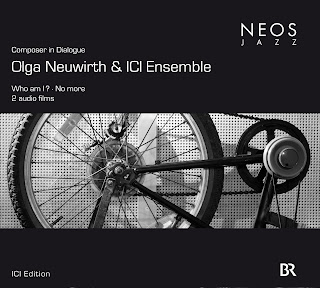 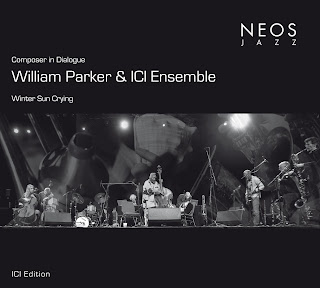 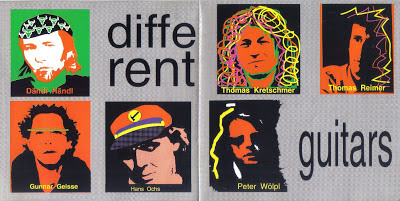 1992 No Distance "different guitars", Outside Records