Born in Miami in the year of Cuban missile crisis and educated in Florida's finest institutions, Bill Orcutt is usually recognized as the co-founder of the band Harry Pussy. Formed in 1991 and featuring Orcutt on 4-string guitar—a practice carried over, developed, and refined from circumstantial adolescent experiments in working around absent strings—and Adris Hoyos on drums and vocals, with a second auxiliary guitarist added in in later years, the group's sound centered on its completely unhinged ferociousness.

Within those furious eruptions, Harry Pussy drafted the blueprint—combining hardcore punk's brutish speed blended with the art school caterwaul of No Wave—for the next two decades of noise-rock. In five years, they toured of the US and Canada with the likes of Sonic Youth, Dead C, Charalambides and Pelt and produced over twenty different releases on record labels of varying degrees of accessibility, most regularly for the Philadelphia-based experimental music imprint, Siltbreeze.


Twenty years later, Bill Orcutt still only plays four strings, but now they are attached to a vintage acoustic Kay that has withstood enough damage and repair that it requires custom tuning to stay in one piece. Sometimes clanging and ominous, other times mournful and slight, strangely alienating, but simultaneously vulnerable and cathartic, his music is compared with equal frequency to avant-garde composers and rural bluesman.

2011 saw the release of Bill's most intense and varied full-length suite of music to date, How The Thing Sings (Edition Mego). The album maintains a clear connection to the guitarist's signature interrogation of his instrument up to this point, but also signals a new phase of cautiously employed conventional melody and song structure. With each recording and individual performance, Bill Orcutt continues to discover and invent a wholly unique sonic vernacular built around raw and tortured tone, ragged minimalism, and seemingly inexhaustible improvisational stamina.

My parents bought me an acoustic guitar (probably a Yamaha steel string) when I was about 12. I got lessons to go with it, but quit after a few months due to lack of interest. By the time I was 15, things had changed and I was playing all the time. About a year later, I bought my first electric, a no-brand strat copy, from a neighbor for $50. I didn't have an amplifier so I plugged it into my stereo.

I don't know if I need it. I've had periods in my life when I didn't play and didn't much listen to it. I like it, but I like other kinds of expression just as much.

I figured out a while ago that I need to be physically involved with an instrument when I'm making music. It's not satisfying for me to turn a knob or write a line of code to make a sound : making music has to be physical and involve getting up close with some kind of acoustic sound source. I have no problem spending hours editing/processing/mixing the end result, but the initial act has to be physical and real. Guitar is the instrument I'm most familiar with, but it could have just as easily been drums or piano.

I'm always happiest with the last thing I've worked on. I rarely go back to listen to records I've made (unless I'm working on a reissue) so I tend to be focused on the present.

I don't use pedals and often I'm playing acoustic so there's no amp. I do like black nylon Dunlop picks which I buy in bulk. I do like Telecasters and Fender amps.

The solo from Jimi Hendrix's "The Wind Cries Mary." I haven't tried to play it lately, but I could probably figure it out again.

Unless there's something wrong with the guitar (intonation's off or something), it's usually just a question of how I'm feeling. I have a couple of guitars that started off as "bad" guitars that eventually became favorites once I understood their particular qualities.

I’m not really looking for any sounds. Just trying to be prepared so I'll be ready when they find me.

I don't use any extended techniques.

I like the collaborators I have now and look forward to the ones I'll meet in the future.

Always keep an extra pick in your pocket.

I'm thinking of it as my "Prince" record which just means I'll be playing all the instruments. 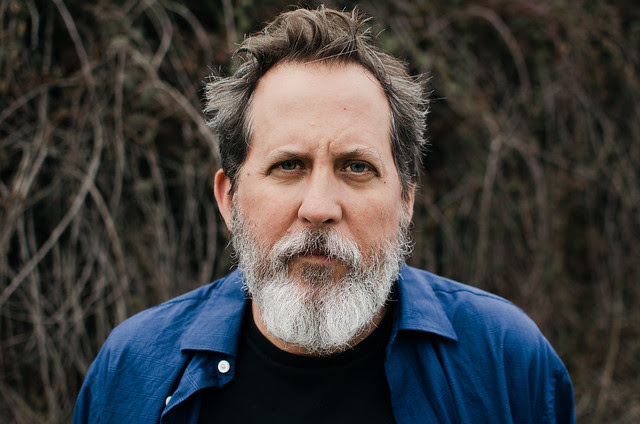