Born on March 6, 1943, Dom is a 50-year veteran of the music scene, with a history and scope of activities as varied and jam-packed as his native New York City. Backing up top singing groups at rock 'n’ roll shows, church dances and the like while still in his early teens, Dom has maintained a jazz trio with bass and drums since he was 15 years old. But education has also played a major role in his overall musical activities.
"By the time I was 20, I had more than 100 students, but I cut it down to 95 so I could play six nights a week."

A lot of those nights were spent backing up, and providing musical direction for vocalists, something that Dom has continued to do since 1964 and almost exclusively until 1973, when his own trio began to really take shape, coming to the attention of George Butler who had taken the reins at Blue Note from the label's visionary founder and producer, Alfred Lion. 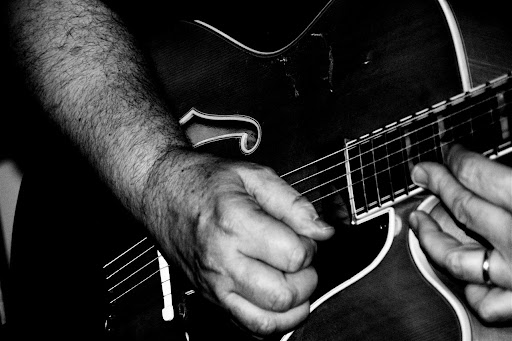 After recording two albums for Blue Note, When Joanna Loved Me and I Have The Feeling I’ve Been Here Before, Dom felt the business of Jazz was not for him. So from 1976-1993, Dom involved himself in a variety of pursuits such as freelancing, recording dates as a sideman, and occasionally performing with the late, great pianist Dennis Moorman and his organ quartet featuring Dr. Lonnie Smith. Composing the music for a variety of off-Broadway shows, authoring three books for Sunrise Artistries, two books on jazz theory and chord substitution and one on improvising. Returning to school where he studied with Academy Award-winning (The Red Violin) composer John Corigliano at Lehman College, receiving his degree in composition in 1990.

He also composed over 300 vocal and instrumental compositions during those years, as well as creating Literacy Through Songwriting Workshops for grades one through six for the New York City Board of Ed. 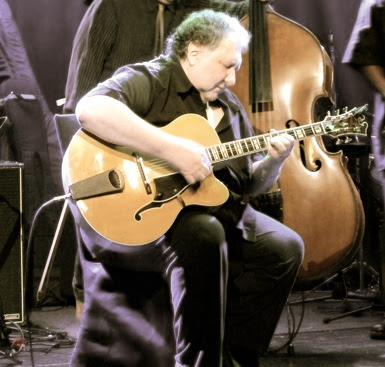 That includes recording his own critically acclaimed album Finishing Touches and Dialing Privileges, co-led with Blaise Siwula & John Bollinger both for CIMP Records. Arranging all the music for the 1997 revival of Torch Song Trilogy; writing his fourth and fifth books The Singer’s Guide to Reading Rhythms and A Guitarist Ultimate Guide To Chord Construction and Substitution and publishing over one hundred new songs.
Deciding to keep total control over his career and what he musically produces, Dom and his wife, vocalist Carol Mennie formed CDM Records and CDM, Inc. (Can Do More, Inc.) a not-for profit organization where Dom is president and Artistic Director and Carol is Vice President and Assistant Artistic Director. CDM, Inc.’s mission statement is to promote music & theatre activities within the educational systems of public schools and colleges throughout the United States.

His 2001 CDM release, Takin' The Duke Out, recorded Live at the Knitting Factory in New York City, in 2003, CDM released Time Will Tell, DDT + 2, with cellist Tomas Ulrich and bassist Ken Filiano, augmented by John Bollinger on drums and vocalist Carol Mennie. Dom’s 2004 release, Quick Response was herald as one of the best recordings of that season. Topping it off, on the same day, CDM Records released Carol Mennie’s debut album I’m Not A Sometime Thing, an exciting project very close to Dom & Carol’s heart. This record was produced and arranged by Dom and to show the expansiveness of Minasi’s talent, Dom also played on and wrote all’s the arrangements and the music and lyrics to five of the songs. 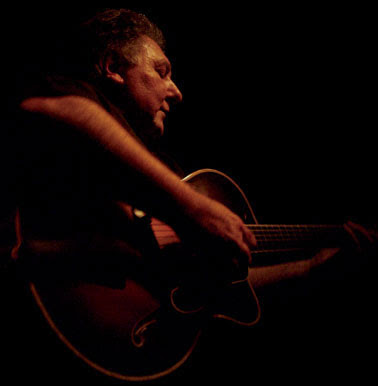 April 2010 reKonstruKt, Records released Blaise Siwula-Dom Minasi ‘Live’ At The Matt Bevel Institute followed by The Dom Minasi Sextet’s The Bird, The Girl and The Donkey and in September 2011 reKonstruKt, Records released Dom’s first solo recording, Looking Our Looking In. In 2011 Dom released Synchronicity on Nacht Records. Dom ‘s newest release The Bird The Girl and The Donkey II can be found on Unseen Records

Over his long career, Dom has worked with countless heavyweights, crossing all styles of Jazz. He’s performed in venues ranging from top jazz clubs to Carnegie Hall, The Montreal Jazz Festival to the White House for President Bill Clinton, but it’s musical expansion and personal growth that are his principal motivations

“It’s all about expression, learning and growth, whether it be in music or in life and to share what we learn and give back without expectations.” 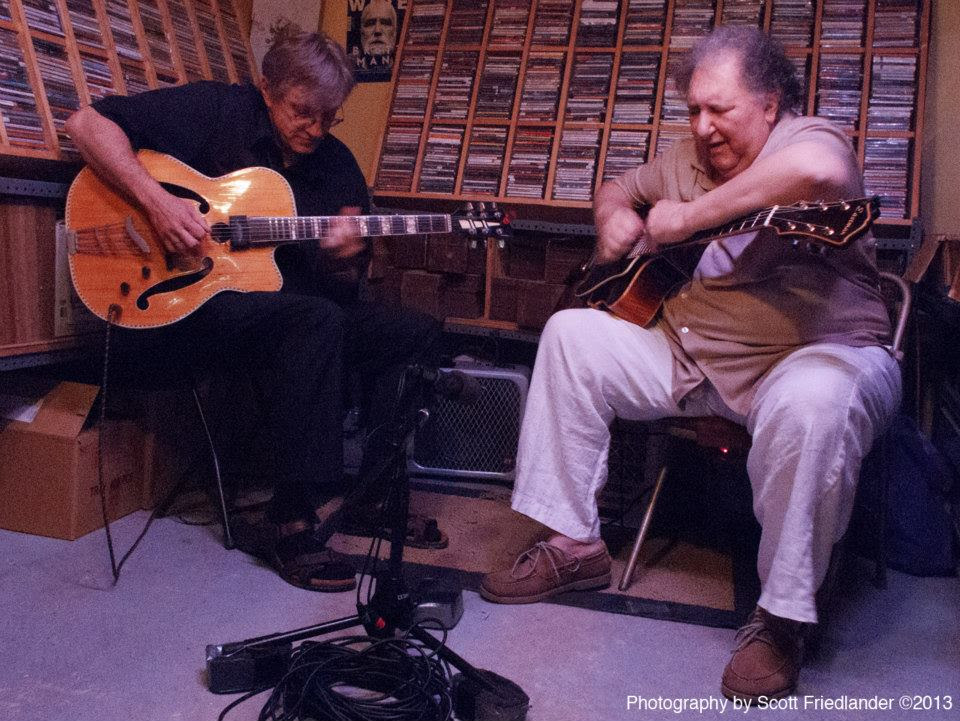 I was seven years old and the guitar was blond and it was very small.  I don't remember the make at all, but is pretty loud for a small guitar.

That's like asking why I need air or food. Music fils my heart, soul and spirit. It s the creativeness within me and without it I would whither and die.

I fell in love with the guitar the first I saw Roy Rogers in a movie singing and playing. That was 1947 and that love has not dwindled at all.

There are many I am proud of but I would say The Vampire's Revenge. It was the most challenging to compose and record and I had a chance to play with the best avant players in the world.

Yes I play both. I mostly use a pick with my archtop guitars  because of the different sound effects I can get and the incredible tempos I play.
I've been using a pick since I was seven and am very comfortable with it. When I play nylon string I use my fingers for chords and my thumb for soloing. I never really had the time to develop a classical right hand technique and for me this is the best of both worlds as far as the sound of the guitar goes.

I never learned a solo from a record. Of course I would listen, but my intent was never  to copy. I rather listened for intent, spirit and and a sense of musical value.

That's a loaded question. If we are talking jazz then I expect to hear and see a good technique. Harmony and historic value and depending on what type of jazz it is Bop-swing. Modern Bop sing and free-form-what I call and another type of swing and most of all complete control of the instrument and he/she must be musical.

I think there are only two challenges.

A good sense of self.  I especially admire musicians who can not only play, but who read, transpose and know harmony.

The only advice I ever I got was from and old friend and great musician Harry Sheppard. I once asked him how was it he always sounded great and he said , " I approach every performance like it's Carnegie Hall".

The only pedal I use is a Boss Digital Delay.  As long as I have a decent amp, I get my sound.

My roots go way back. My first jazz influence was in 1957 with Johnny Smith's  Moonlight In Vermont.  After Johnny I graduated to every known guitar player that was around in those days such as Jimmy Raney, Tal Farlowe, Chuck Wayne, Kenny Burell and Wes Mongomery. Then early on I started listening to and began being influenced my Monk, Miles Davis, Bill Evans, Jim Hall, John Coltrane, Eric Dolphy and then in the sixties it became Cecil Taylor and in the eighties it was the classical composers such as Schoenberg, Alban Berg, Stravinsky. 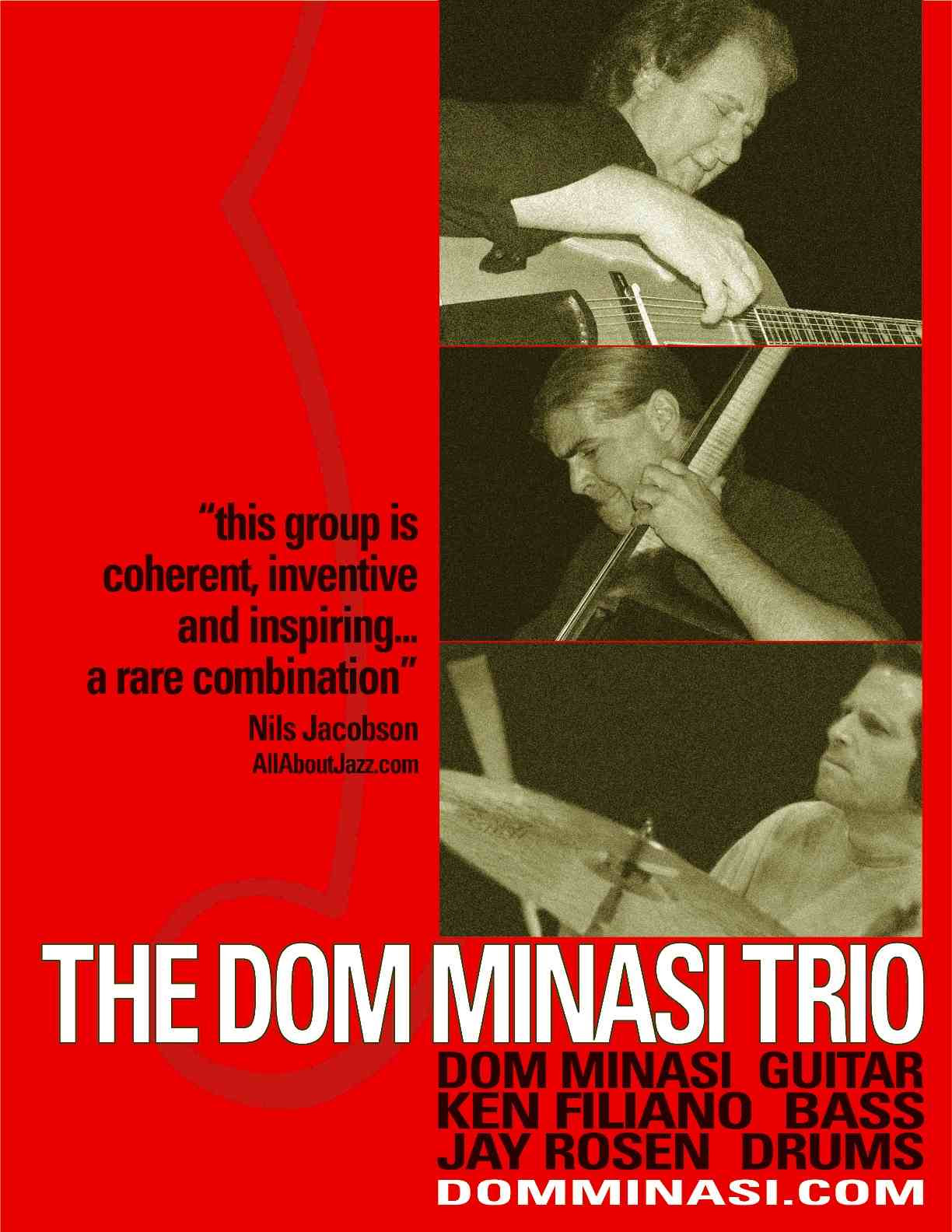