After playing for some years in a slowcore band i’ve decided that it was time to move to something different. The music started of as post-rock and slowcore orientated music but slowly evolved into more abstract and minimal music. In search of the possibilities of the guitar I started to play guitar with a violin bow more an more often. After spending 2 years experimenting with sound, I’ve started collaborating with experimental guitarist Romke Kleefstra and poet Jan Kleefstrra.


This collaboration resulted in a few gigs and a record called ‘Wink’ which was released in 2009 at Apollolaan Recordings. After the release of Wink more gigs followed, including some gigs in England, Germany and Japan.  In March 2012 a second release followed at Low Point(Griis), again a collaboration with the Kleefstra brothers.


In 2010 i decided to do something fully on my own. The result of this proces of experimenting over these few years is  'Weerzien'.

In september 2013 ‘Tussenlicht’ was released. Again at the british Somehow Recordings label.
In februari 2014  'Reminiscences' followed. This time on the Moscow based label Dronarivm.


Which was the first approach to sound do you remember?


Leaves rustling in the wind.

To me, music is some kind of necessity. Music can touch dimensions which are unreachable for words. It helps me to process daily experiences to give me some calmness.
On the other hand, too much sound can be very overwhelming, so I don’t have the tendency to listen to music that often. The full beauty and impact of a Morton Feldman reveals itself better in periods of less exposure of sound.

When I started listening to music, I listened to lots of indie guitar bands. And somehow, i just had this tendency of picking up the guitar. For me at that time, that was the most logic choice.

I think that will be my first solo album ‘Weerzien’. After doing live shows and releasing two albums with the Kleestra brothers i felt a big urge in working on solo work. Despite of the fact that i like doing improvisations, I somehow had a big tendency of working more intensely on ideas instead of, like i always do with the Kleefstra’s, recording just one live improvisation. Working on the ‘Weerzien’ material was an intense period and somehow a kind of struggle finding the right direction and letting the music flow. That search somehow reflects the album, which i think, can be heard in the material. I can’t say that ‘Weerzien’ is the album i like the most, but the process of making the album and the final result was very satisfying.

In my teens i listened a lot to indie bands like Eric’s trip, Guided by voices, Sonic Youth and Sebadoh. I think a band like Sonic Youth definitely influenced me the most and was a kind of a turning point. Listening to them intensively made me realize and discover the boundless possibilities of the guitar. I remember listening to ‘the Diamond Sea’ over and over. Also the album ‘I could live in hope’ by the band Low is a huge influence. The silence and the beautiful reverbing sound of that album had a deep impact on me. Through these influences i discovered lots of things varying from Godspeed you! Black emperor, Tarentel, Oren Ambarchi and later on Machinefabriek, to composers like Erik Satie, Steve Reich and Morton Feldman.

It’s hard to make a straight distinction between a good and a bad guitar. Ofcourse, there is this difference in timbre. But for me the big distinction for me lays in the fact how you play the instrument, how it is treated, and whether or not the instrument is played with intensity.

Nowadays it’s very easy to record music. That means that there a not much boundaries to put the stuff on the internet of even release it. But that also means that there is lots, lots of crap out there.

Is was an advice not directed to me personally. It was an artist, of which name i don’t know, talking on the radio who pointed out that the best thing he learned was not to put too much ideas in one project. After hearing this i realised that this advice was of great importance.
I soon started working with this ‘restriction’ and it really helped me.


The delay is by far my most used pedal.

Work on a project together with John Cage. His attitude, philosophy and spirit is such an inspiration.

My next project is album where the piano plays the main role. The album mainly consists of minimal piano sketches which are recorded with an old tape recorder. 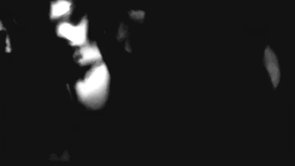 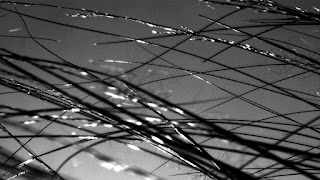 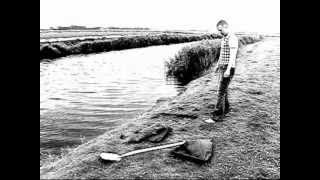