Nico Soffiato, Italian guitarist, composer and educator, currently lives in Brooklyn, NY.  After receiving his Master’s degree in philosophy with a thesis on the ontology of music, he moved to Boston. There he attended Berklee College of Music, thanks to a Best Entering Talent Students scholarship, and graduated magna cum laude. At Berklee he studied performance and composition with David Tronzo, Jon Damian, Hal Crook, Ed Tomassi and Jeff Galindo to mention a few. Nico was also selected to be part of an all-guitar ensemble whose members included notable alumni like Bill Frisell, Kurt Rosenwinkel, Mike Stern and Wolfgang Muthspiel.

With Fraser Campbell and Giacomo Merega at Bar 4.

His first record Just Add Water, on nBn Records was received positively by the critics and public.

My first guitar was a Yamaha acoustic, a Christmas present from my parents. I still have it, of course!

Music has always provided me with an opportunity to enter a very personal space. I can be present or lost, emotionally or intellectually. Time filters through music differently.

I love experiencing the first few notes I play after I haven't touched the guitar for a couple of days. I like the physicality of it and the feeling that I am somehow being welcomed back.

I am very proud of my long lasting projects, such as the duo with trumpeter Josh Deutsch; we are now recording our second album, but have played together since 2005. Also, Paradigm Refrain, a variable personnel group co-lead with bassist Giacomo Merega; we've had a monthly residency at a venue in Brooklyn since 2008, in n. 4 to Goodbye Blue Monday. 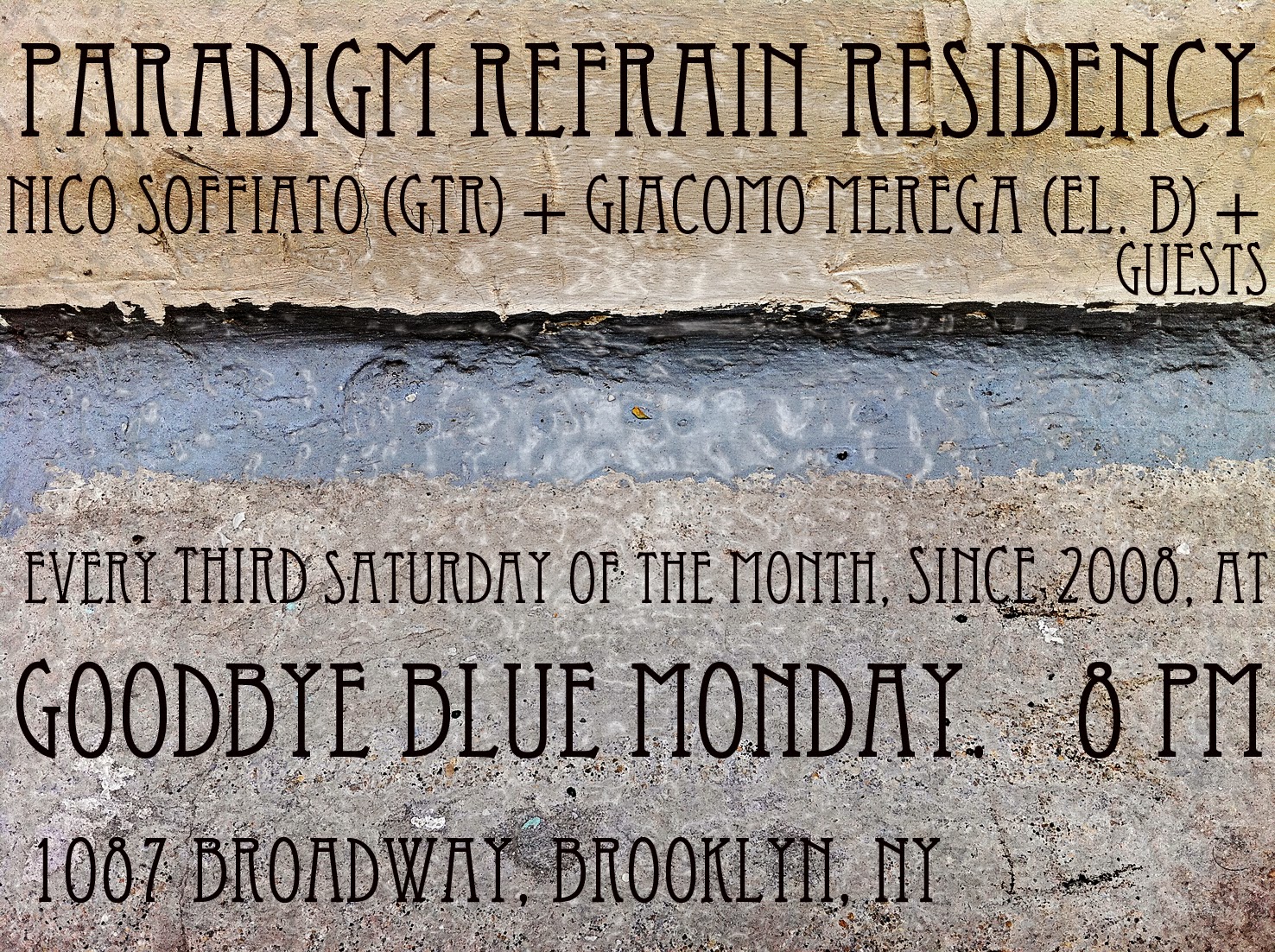 I am proud of these two because they’ve been lasting so many years and sometimes it’s difficult to keep a project in focus for a while, especially while it’s evolving within its identity.

I am not sure, but it's probably something from Robert Johnson or Lightin' Hopkins. Or maybe a short Charlie Christian solo. I don't think I can still play it, but I'm sure it's somewhere in my head.

I've always had to make the best of a relatively bad-guitar situation, so I'm a bit used to the challenge of getting a nice tone from a an imperfect instrument. For a few years, now, I've had a nice Tele from the custom shop and it sounds very good, even better as it ages, and I don't have to work so hard for a nice tone--that's a definite plus! For me, it's really about the tone. I didn't play with any effects for the first 10 years of my relationship with the guitar because I wanted to make sure I could connect to the tone as much as possible before being able to manipulate it.

Well, aside from the obvious user/artist dichotomy, ("yes, lots of access/no, we don't make any money anymore"), I really miss the relationship we used to have with a CD. I would save some money, go to the store, get a CD and listen to that for a while! That is, until I could afford another one. I think it was really useful, not only because you got to know a CD inside out, but also because you would have to shape your taste more intentionally. Now, the access is overwhelming and at times counterproductive. There is too much available and it's hard to spend time and develop a relationship with a single album. I fortunately have the memory of this process, but I see how my students can just go through entire discographies without getting to know the artist well.

I think it's the quality of their tone.


Paradigm Refrain is a variable-personnel improvising ensemble. The two stable members are Nico Soffiato and Giacomo Merega. This ensemble has had a monthly residency at Goodbye Blue Monday since the summer of 2008. You can find us every third Saturday of the month at 8 p.m.

I think of the real life advice Tronzo offered me during the time I studied with him, I definitely remember: "Be ready". Also: "brush your teeth and be on time", but I already do that!

Hm, that's a tough one… I'll have to say pedals. I've started liking reverbs, after playing with a very dry sound for years, and I really like my LXP-1 and the TonePrint technology of the TC Electronics pedals. I enjoy how everything is getting smaller. I appreciate the challenge of fitting as much stuff as possible on a Pedaltrain Nano.

Well, I do love those moments during a live show when everything works just perfectly and the audience kind of "falls in" to whatever you're doing--that's an amazing feeling. I have to say that the best moment, and probably because it was the most important moment, was moving to New York. I moved to Brooklyn in the summer of 2007 and that was it, the point of no return: I chose to do this and I was going do it. I just had to look forward and make it work. I'm glad I did!

My last two projects kind of overlapped. As I was releasing OST Quartet, I started recording the second album for the duo with Josh Deutsch. The first project is a fully improvised album with Eli Asher, Greg Chudzik and Devin Gray and it came out on Setola di Maiale Records. I play mostly prepared guitar with this band. The second project is composition-based. Both Josh and I write, co-write and arrange all of the material. Our first record is called Time Gels.