Adrien Dennefeld is a musician, composer and improviser. From France to Norway, through India and Canada, he plays the guitar and the cello in a lot of different contexts : jazzclubs and jazz festivals such as Wien Jazzfest, Vilnius MamaJazz Festival, Una Stricia di Terra Feconda (Roma), London Jazz Festival, Jazzdor Strasbourg and Berlin, The Moods (Zurich), Pula Jazzbina (Croatia), Minsk's Philharmony…

He also takes part in a lot of improvised meetings and new multimedia creations involving photography and film, with directors Damien Fritsch, from 2001 to 2006, "In music," "The Rooted", "Emile Gallé, Nature in Art" and "Waiting". Then David Unger in 2009 with "The 4 shot of Kremlin Bicetre" and 2010 with "Louis Schweitzer, boss and left." And finally with Nicolas Pallay for "Roger McGowen condemned # 889" a beautiful movie about the inner freedom of this extraordinary man, and the choreographer Iréna Tatiboit, among others.

I started playing the Cello at 7 years old, it sounded very deep, with loud low frequencies, and a beautiful and lyrical sound ! At 15, I started playing guitar, only with distorsion, and that was awsome too !

It's a language where I can express a lot of emotions. It's a place where I can improvise what I feel when I feel it. It's a particular time that I can modulate, feeling sometimes that in one second, a lot of things happened, or sometimes time stop for ten minutes.

A physical pleasure. Be able to generate any type of sounds, especially round sounds, that breaks the rigidity of the guitar.

There are few ones :
- Ozma Orkestrâ, it was the first time I composed for a large ensemble like that, the music and the energy of the band was really great and we had very good feedback from the audience. It was a complete work : bigband composition, arrangment, improvisation,
- "Roger McGowen, condamné #889", a documentary of Nicolas Pallay for which I compose the music, alone in my studio, mostly on guitar, with some virtual sounds added. This is the first time I compose a film music only with guitar, and it worked very well. The audience like the music, it seems to make them entering into the movie very deeply as they said.
- My participation as a sideman and cellist in Jean-Pierre Jullian sextet. With this band, I took back my cello from his old age, and really practiced it strongly. The music is great and I feel able now to be a musician with my two instruments (Cello and guitar) on the same level of importance.

Amp with tubes only! Volume pedal and AC booster.

I remember learning the solo of Kirk Hammet (Metallica) from the tune "Master of Puppets", I think I could still play it !

With a good guitar, you can make your music. With a bad one, you can too ! ! It depends what define good and bad for you. Some musicians need a pure vintage sound, some other need first of all a good-looking one, some other don't care and can make music on any of it : I feel more like that.

I don't really now as I'm not really involved in this scene, but what I see is that the digital aspect of commercialization of music is growing up. The CD will disapear (as the vinyl, and maybe reappear afterwards as an expensive and vintage object, as the vinyl). I'm more interested in an local economy of music and culture, where poeple meet and share directly what they like. But I can see that the digital scene spread the music all along the world so we can discover everything now. That's a good point, but not a goal. The worst point is that an artist can't make a living by selling music on digital distribution through the main platform as iTunes, Spotify or Deezer for instance. Like in local agriculture, the best way in the shortest way : from the artist directly to the audience. It means autoproduction and selling Cd after the concert : that's the only way to be fair enough regarding to all the chain of work to produce a CD.

- the sound that mixes what i did and feel in my whole life untill today. This is a very recent project I call "Lifespan sonore". It can be updated each day, month or year, it's like a living piece of sound I work all along my life. For instance, each year lived could have a duration of one minute. I select only the important moments.

- the sound that mixes all the 20th century music history in one minute, like a very very condensed extract of what happend in that periode, without trying to define each tune, played very loud in a big area (desert, forest, hughe place…)

Why and how do you use extended techniques with your instruments?

I search when i'm playing music because I want to create sounds that really express what i have in mind. And my instruments are sometimes too limited for that. So, I try to extend them with several objects (aimants, brosses, baguettes), and effects (few pedals : delays, kaosspad,…). And, I use sometimes tapping on the guitar to play melodies with big gaps between the notes, or very large chords. Sometimes, I could need a instrument that doesn't exist : a guitarcello !

I'd like to improvised with dancers (as Jullien Hamilton, or Pina Bausch if she would be still living), as does Barre Phillips for instance (he's a very important reference for me). I'd like also to play with museographers and performers, in order to ask my own way of practicing music, and questionning the notion of "body involving" in music. Playing electric guitar very loud under the see with divers could be great too !

I'm working on a project called "Processus Vital" : it's a performance with a dancer, a clarinet player, a performer and me on cello, plus a sounding installation. We are working on the question of the body in art and life, and also the level of audition : from where is there sound ? until where ? When does the performance really start ? does it already stared ? when does it finished ? The main thing is to ask our own references and habits about our way of listening and considering a performance, in order to discover new parts of ourthelves, and also ask who is performing ? Am I performing when I listen ? Am I performing when I see a concert ? etc… I work also on my electric guitar solo, and on few new bands : April Fishes with guitar player Manu Adnot, drummer Sylvain Darrifourcq and saxophonist Romain Dugelay, "Laisse venir" a project on unreleased compositions of french singer Alain Bashung with the band StraSax, and "L'étranger, réminiscence" from Albert Camus novel "L'étranger", with percussionnist Jean-Pierre Jullian, bassist Guillaume Séguron and comedian Pierre-Jean Peters. 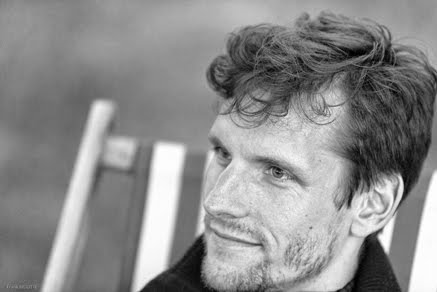