David Grubbs has released twelve solo albums and appeared in more than 150 comercially released recordings. He is known for his cross disciplinary collaborations with writers such as Susan Howe and Rick Moody, and with visual artists such as Anthony McCall, Angela Bulloch, Cosima von Bonin and Stephen Prima. His works has been presented at the Solomon R. Guggenheim Museum, MoMA, the Tate Modern and the Centre Pompidou.

Born in September 21, 1967 in Louisville. Composer, guitarist, pianist, and vocalist, was a founding member of Squirrel Bait, Bastro, and Gastr del Sol. He has also played in Codeine, The Red Krayola, Bitch Magnet and The Wingdale Community Singers. Alongside his sometime colleague Jim O’Rourke, Grubbs is one of the leading figures on America’s independent music scene. He adopted the Gastr Del Sol moniker for 1991’s The Serpentine Similar EP, an exploratory avant garde work. 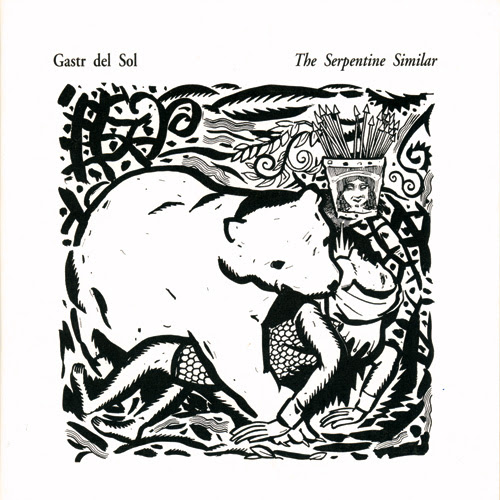 In 1997, Grubbs released his abstract solo debut, Banana Cabbage, Potato Lettuce, Onion Orange, on the Table Of Elements label. Grubbs has maintained a busy schedule with his work as a label manager, producer, lecturer and curator, his solo recording career, and his involvement with Mayo Thompson’s Red Crayola. Relatively conventional singer-songwriter albums such as The Thicket and The Coxcomb appeared on the Drag City label, while the more experimental work has been issued on Grubbs’ own Blue Chopsticks imprint. Of the latter, Apertura and Off-Road teamed Grubbs up with Swedish reed player Mats Gustafsson. Rickets & Scurvy was the first of Grubbs’ albums to be focused around an electric group, and featured John McEntire, Noël Akchoté and Dan Brown and Matmos. 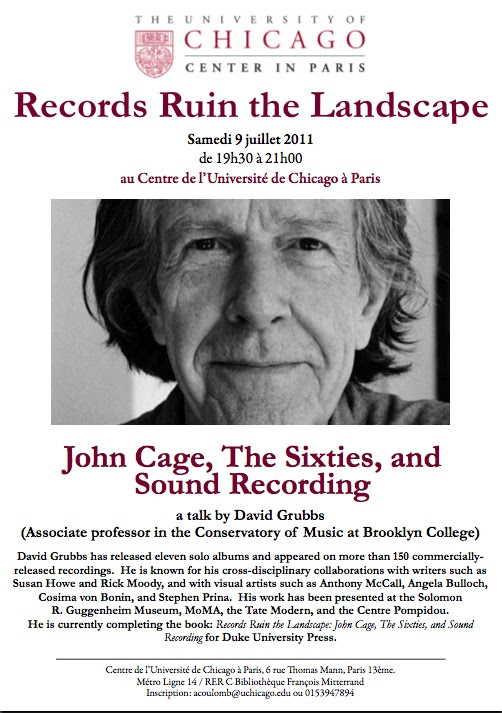 This is a process begun on David's previous pop album, An Optimist Notes the Dusk, nearly four years previous. Despite the fluid activity of collaborations, many of which have been released in the time since (and several others coming to fruition this year), patience, meditation and time were required to afford the depth and detail to The Plain Where The Palace Stood (April 16th, 2013), which finds David once again twining together the diverse strands of his vast interests. Songs float in idiosyncratic yet exceptionally unhurried arrangements,  mention his contemporaries and kindred artists - Oren Ambarchi, Scott Walker, Talk Talk, and Sunn O))).

On Tuesday, December 17 Blue Chopsticks will release David Grubbs’s 10” EP Borough of Broken Umbrellas.  Here’s the scoop:
Strange to say, but Borough of Broken Umbrellas is David Grubbs’s first record of solo guitar improvisations.  From his time in Gastr del Sol forward, Grubbs has frequently cast himself in the role of the composer/songwriter working with improvisers—witness his collaborations with Jim O’Rourke, Mats Gustafsson, Noël Akchoté, Loren Connors, Ken Vandermark, and many others.


Which was the first guitar music do you remember?

Bubblegum pop music from my childhood: probably The Sweet.  But my earliest associations with guitars would have been early rock and roll -- Elvis Presley.

Oh my.  I'm always typing the word "musics" in Microsoft Word, and the spelling check tries to tell me that "music" is plural.  Or that "music" is itself singular.  I think of music -- musics -- in the plural.  So my expectations range widely from music to music to music.  In short -- it's difficult to generalize.

Because I have a phantom guitar in my hands at all times.  The muscle memory of playing guitar is always present to me.

We Can't Live Without Music?

I certainly can't -- although I do know people who live with an absolute minimum of music.  (A friend's mother blew my mind when I was young in telling me that she didn't like music -- that it made her nervous, on behalf of the performer whom she assumed was about to implode with anxiety.)

What would you change or add to your guitar?

In a weird way, I've really drifted from digital music making with the exception of using software to more radically fragment existing recordings (especially on my collaborations with the poet Susan Howe).

I really can't put it in words.

It's a book called "Records Ruin the Landscape: John Cage, the Sixties, and Sound Recording."  Duke University Press will publish it in March 2014: 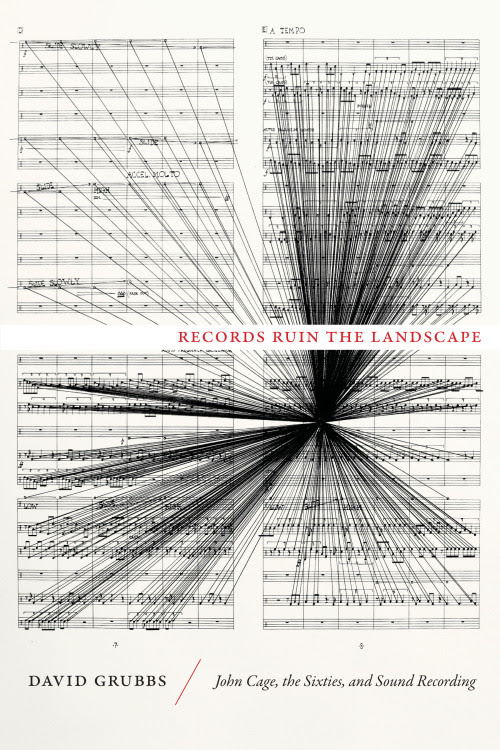