A Brief Biography of Terje Rypdal

Terje was born to a musical family on August 23rd, 1947 in Oslo, Norway. His father was a clarinetist and conductor of a military band in Oslo. Terje studied piano from age 5-12, trumpet at age 8, and guitar at age 12-13 (self-taught). He was a teen guitar hero in the group Vanguards (1962-7), which was a sort of Norwegian take on the British Shadows and the American Ventures. He planned on studying electrical engineering at the Technical University in Trondheim, Norway, but left to pursue a career in music.

He studied musicology at the University of Oslo; he attended the Music Conservatory in Oslo (later named the Norwegian State Academy of Music) from 1970-2. He served as orchestra leader in the pit band of the Norwegian production of "Hair" back in 1970 or 1971. He studied composition under composer Finn Mortensen, with further study in composition under jazz composer George Russell.

In fact, Terje performed with Russell and Garbarek from 1969-71, and released several albums with them (see discography). He also formed a band named Dream (1967-69), which was a blend of Hendrix-styled psychedelia and blue-eyed soul and power pop all-in-one; they released one album entitled "Get Dreamy".

Terje's only recording released in his own name PRIOR to his to-be long association with Manfred Eicher's wonderful ECM label was entitled "Bleak House", and was a very interesting grab bag of all the many styles that Terje was to embrace later in his career (jazz, pop, contemporary composition, fusion, and even a bit of bossa nova thrown in!). Once married to actress/singer Inger Lise Rypdal. Was later married to Elin Kristin Rypdal (1988). He has three sons and one daughter.

Terje owns an "Iceland horse" (named "Blakkur") and enjoys riding amidst the beautiful scenery where he lives in Tresfjord. His kids play in the school brass band there, and Terje helps out with fundraising, arranging concerts, etc.. In fact, his composition "Det bla Folket" was written for the Tresfjord people.

Some of Terje's popular music influences were/are Jimi Hendrix (during the Dream years, Terje had his hair curled and did a great impression of Jimi, vocally and guitaristically - on the "Get Dreamy" album, there is a tune called "Hey Jimi" a la Hendrix's "Hey Joe", and another great psych-jam with Terje on vocals, "Ain't No Use" - in fact, Hendrix actually heard the Dream album at this time), Hank Marvin (of the Shadows), Jeff Beck, Stevie Winwood, Eddie Van Halen, Wes Montgomery, Kenny Burrell, Charlie Byrd, John McLaughlin, Gary McFarland (specifically the 1968 album "America the Beautiful"), Sex Pistols, Prince, 10CC, and others. 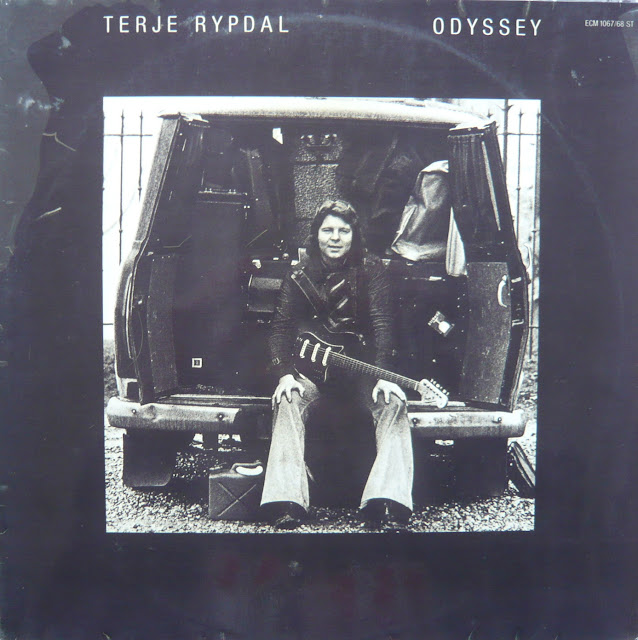 Some of his classical and contemporary composer influences were/are Mahler, Beethoven, Grieg, Debussy, Ligeti, Stockhausen, Penderecki, Mortensen, Nordheim, Rolf Wallin, Bjorn Fongard (invented the micro-interval guitar), and others. He is a member of the Norwegian Composers Guild.

Terje was honored with the Deutschen Scallplattenpreis (German Record Award) for "Odyssey" in 1976. Other awards he has received include:
1977: "Artist of the Year", all classes, granted by Adressavisen, Trondheim Norway.
1982: "Spellemannsprisens Silver Harp", special honour, for his total achievements for norwegian music.
1984: "Work of the year" for Undisonus, granted by the Norwegian Composers Association, the prize that means most for Terje, ("at last I'm recognized as a composer, even by my colleagues.").
1985: "Buddy Prize", the highest honour granted by the Norwegian Jazz Musicians Association ("He should have had it years ago").
1995: "Spellemannsprisen", Norwegian Grammy, for "If Mountains Could Sing"
On the flip side, some musicians that claim Terje as influence on them are Andy Summers ("Terje...is the best guitarist I know"), David Torn ("Terje...wunna my all-time favorite gitfiddlers!"), Bill Frisell, Jeff Beck, Gunnar Andreas Berg (Norwegian guitarist), Eirik Lie (Norwegian composer), Bobby DeVito (American guitarist), and yours truly (American guitarist! hehe), amongst MANY others.

Terje is respected in his homeland by such established and respected musicians as pianist Iver Klieve (Audun's brother), pianist Kjell Baekkelund (for whom Terje's piano concerto was composed for Baekkelund's 50th birthday), violinists Tellefsen and Terje Tonnesen, composer Finn Mortensen (who said Terje was his all-time favorite composition student), Arne Nordheim, Christian Eggen, and others. However, Terje has had his share of criticism from musicians and critics as being a hack rock-star composer who gets too much attention, etc.. For example, when his Opus 1, "Eternal Circulation", was first performed, rumour has it that the orchestra members sat leering at each other, making jokes about this rocker who thought he was able to write "real" music. Terje's "neo-romantic" composing style has annoyed critics at times. But he manages to write modern music that retains that most critical ingredient: BEAUTY!

Terje has remained faithful to Eicher and the ECM label for 28 years now. In fact, Terje composed a "Concerto ECM" in 1982 as tribute to Eicher for all his efforts and hard work on behalf of Norwegian musicians such as himself. And his recent "Skywards" project was a 25-year celebration of the work done by Terje and Manfred - a concert billed as "Music for Manfred's Men" was staged in February 1996, and a special composition, "Sinfonietta", was composed for the event. The work was performed at Lillehammer with a large group of outstanding ECM artists. Oh, to have been there!