Influenced by folk, drone-folk and ambient, the album "The Eyes of the Overworld" after 4 years, is ready for presentation in 2012. Only instrumental acoustic songs recorded and performed with a single guitar 12 or 6 strings. Borealis is a solo project of Eduardo Suárez, member, among other bands Audiotrack, Echtra or Full shot noise.Tras record their first EP in 2008 was a finalist of the contest "demo project 2008" RADIO 3 and MTV, a self-produced project absolutely . Now primitivism and psychedelia replaced the previous more colorful proposal. 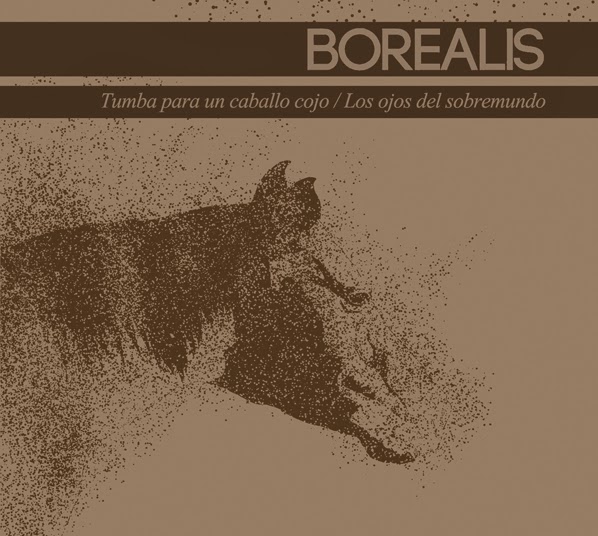 A few years ago I did a rather lovely debut EP by spanish guitarist Eduardo Suarez aka Borealis called "los ojos del subremundo" (eyes of the underworld) .This EP demonstrated what a superb musician he is.Since that time , inbetween touring he has been working on a full album.He is a true perfectionist and I knew that the album would only be ready when he was totally satisfied with it.That time has now arrived.I would like to announce "tumba para un caballa cojo".This album contains six tracks of acoustic alchemy which clocks in at just under fifty minutes in length.Recorded solo using 6 and 12 string acoustic guitars in xixon, asturias.Basically the album is guitar wizardry of the highest order.If you are into music by Leo Kottke, Ben Chasny / Six Organs Of Admittance, Paul Metzger or Rick Tomlinson ( Voice Of The Seven Woods ~ Seven Thunders) you will love this album. -Reverb Worship-

Last year saw the release of the Borealis "Los Ojos Del Sobremundo" EP.At that time Eduardo told me of a very limited debut cassette he had made in spain which was sold at gigs.This was long gone but I expressed interest in releasing the music again.Eduardo has very kindly remastered all the tracks for me to release as "2004 - 2006".This is a six track mini album of really superb quality.At that time the music of Borealis was mellow acoustic /electric post rock in the vein of Six Organs Of Admittance / Voice Of The Seven Woods / David Pajo etc rather than his current style of acoustic Fahey, Bashoesque fretwork.There is much to admire here.The cd comes in an edition of 70 hand numbered copies in a variety of eight different coloured sleeves.Available now.-Rever Worship