Sun Ra The Cry of Jazz

Filmed in Chicago and finished in 1959, The Cry of Jazz is filmmaker, composer and arranger Edward O. Bland's polemical essay on the politics of music and race - a forecast of what he called "the death of jazz." A landmark moment in black film, foreseeing the civil unrest of subsequent decades, it also features the only known footage of visionary pianist Sun Ra from his beloved Chicago period. Featured are ample images of tenor saxophonist John Gilmore and the rest of Ra's Arkestra in Windy City nightclubs, all shot in glorious black and white. Rarely seen in cinemas, this is the first commercial release of The Cry of Jazz. 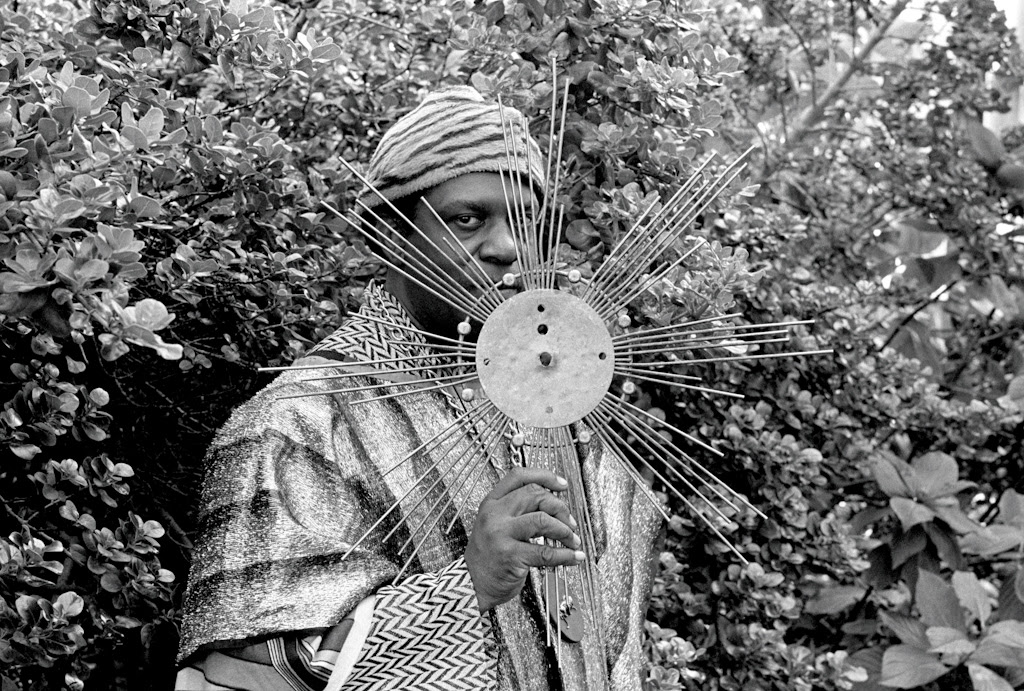 The Arkestra performances that provide the soundtrack for The Cry of Jazz underline and accent Bland’s relentlessly didactic story line and offer vivid visual contrast to the extended narrative scenes which depict a group of collegiate jazz enthusiasts heatedly engaged in a profound intellectual discussion centered on the politics of music and race and the definition, meaning and future of jazz.
Bland’s passionate, well-ordered polemic extremely advanced for the late 50s presents a systematic economic analysis of the social forces which produced and shaped the music called jazz, carefully relates them to the shape and form of the music then prevalent, and boldly forecasts what he calls the death of jazz that will be administered by a new experimental movement led by creative artists and composers (here typified by Sun Ra) who are dedicated to freeing the music from its historical strictures, reflecting the social conditions of the present, and projecting and interpreting the world of the future.
At first the story proceeds with excruciating slowness: A college jazz society meeting breaks up, leaving behind a group of stragglers a pair of white women, a white man and two black men who continue the discussion among themselves and soon reach sharp disagreement on the issues of where jazz originated, what forces shaped its development and why it sounded the way it did. Then one of the black men seizes center stage and carefully unfolds his increasingly radical analysis until his listeners are left virtually stupefied and without coherent response.
Sun Ra & the Arkestra lay down a pulsating track of sound under the narration and serve to punctuate the protagonist’s long, engrossing lecture with appropriate segments of performance footage and musical counterpoint. It’s easy to picture Sun Ra enthusiasts editing together these Arkestral appearances and eliminating the talking parts altogether, but inquisitive viewers may gain immensely from exposure to Bland’s fiercely iconoclastic exposition on the state of African American creative music on the historical cusp of the modern jazz era and the free jazz,  avant garde,  New Black Music movement of the 1960s.