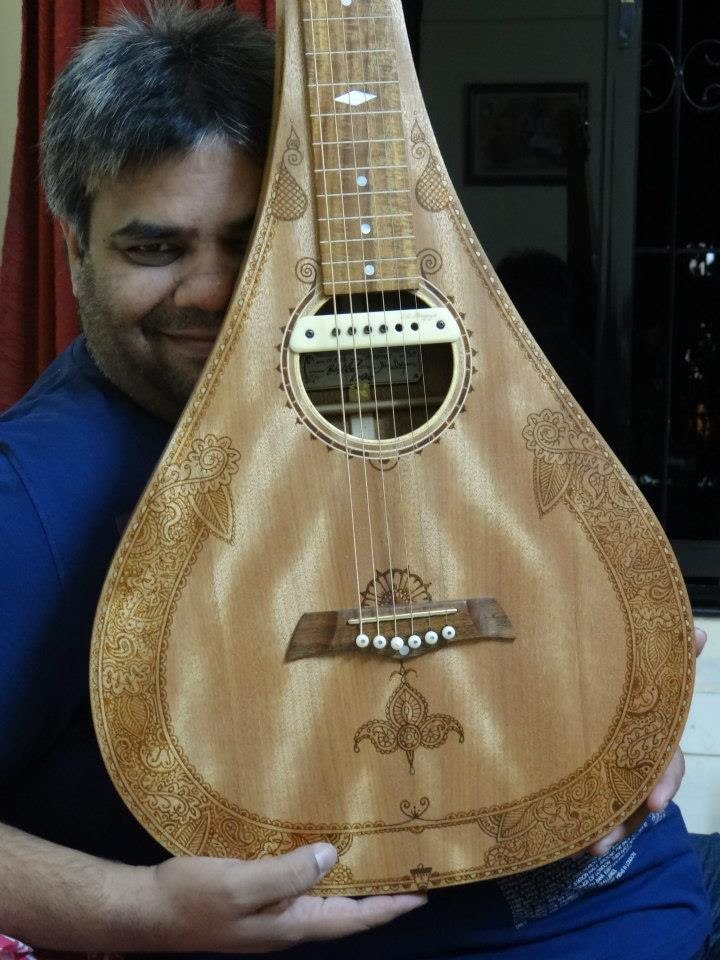 The only musician from Karanataka playing the Slide Guitar and the only one to have won the Independent World Music Awards, USA and theNashville Award for composers where his composition was chosen over the maestro Illayaraja. An A grade artiste from Akashvani and Doordarshan Prakash has toured extensively with his troupes namely ”The Prakash Sontakke Group” (Neo Classical Fusion), International Trio“Lehera” (World Fusion ), “Moonarra” (Jazz and Classical fusion ) , “New Life” on the lines of Sufi World Fusion with Ace Drummer and Percussionist Sivamani and noted Sufi Vocalist Runa Rizvi. “FOOD”(progressive Electronic Jazz crossover) where he performs with British Saxophone Maestro Iain Ballamy and the phenomenal Norwegian Drummer Thomas Stronen.More recently with the FIGURA ENSEMBLEfrom Denmark where he performs with a Mezzo-soprano, three musicians, a composer, a poet and an architect, FIGURA Ensemble is a musical collective with a mind of its own. 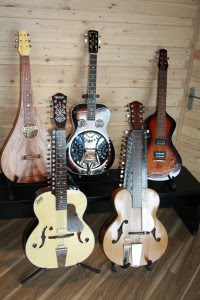 A Performer, Producer, Director, Innovator Prakash Sontakke has also been a Judge for the “Idea Rocks India” Reality show. Prakash Sontakke is one of the leading names in the field of Hindustani Classical and Fusion music and happens to be one of the very few people playing the Hawaiian Guitar ,Weissenborns, Slide Guitar ,Electric Lap Steel Guitars and the Dobro in the Hindustani style.
Lineage and Gharana Prakash Sontakke belongs to the illustrious Gwalior Gharana . His father Dr RB Sontakke is one of the senior most disciples ofPt Omkarnath Thakur and his mother Dr Mani Sontakke is the disciple of Pt Lalmani Mishra. Both Dr R B Sontakke and Dr Mani Sontakke were Educators in Benaras Hindu University for well over 40 years. Dr R B Sontakke and Dr Mani Sontakke established the Hindustani Sangeet Vidyapeeth in Bangalore where they have coached hundreds of students who are also busy performers in the field. 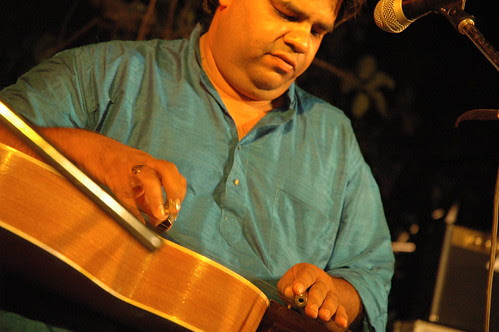 He has also innovated this instrument called “Swar Veena” on which he can play the Indian Raga Music as well as western sounding style .He also performs on his customised “WEISSENBORN” made by Bill Asher Asher Guitars California apart from a Paul Beardsignature ”Dobro”. Performing Hindustani Classical Concerts on the Weissenborn and Dobro open a totally new chapter owing to the different Textures and resonant sounds of these instruments.Prakash has to his credit more than a few hundred National Broadcasts which were received very well and were critically acclaimed . 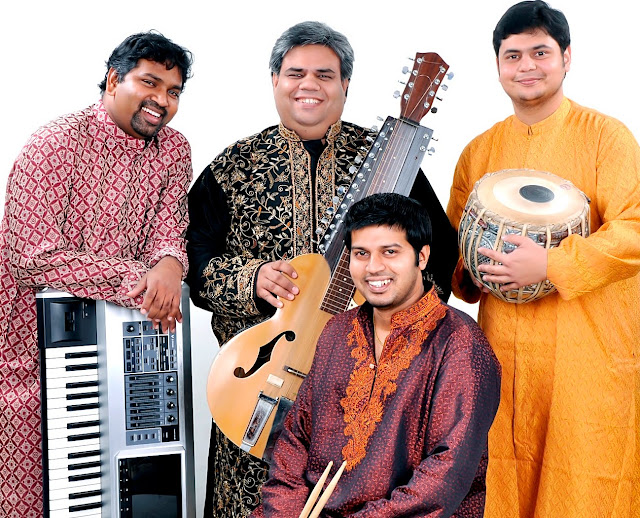 Prakash prefers to play the Gayaki Ang (vocal style) which recreates the emotion of the human voice on the slide guitar. Prakash performs solo and with numerous bands and musicians in major concert circuits in India and internationally. He has directed several Movies, Documentaries and Animation films and Jingles. He has been a part of Award winning Productions in Jingles as well as All India Radio . 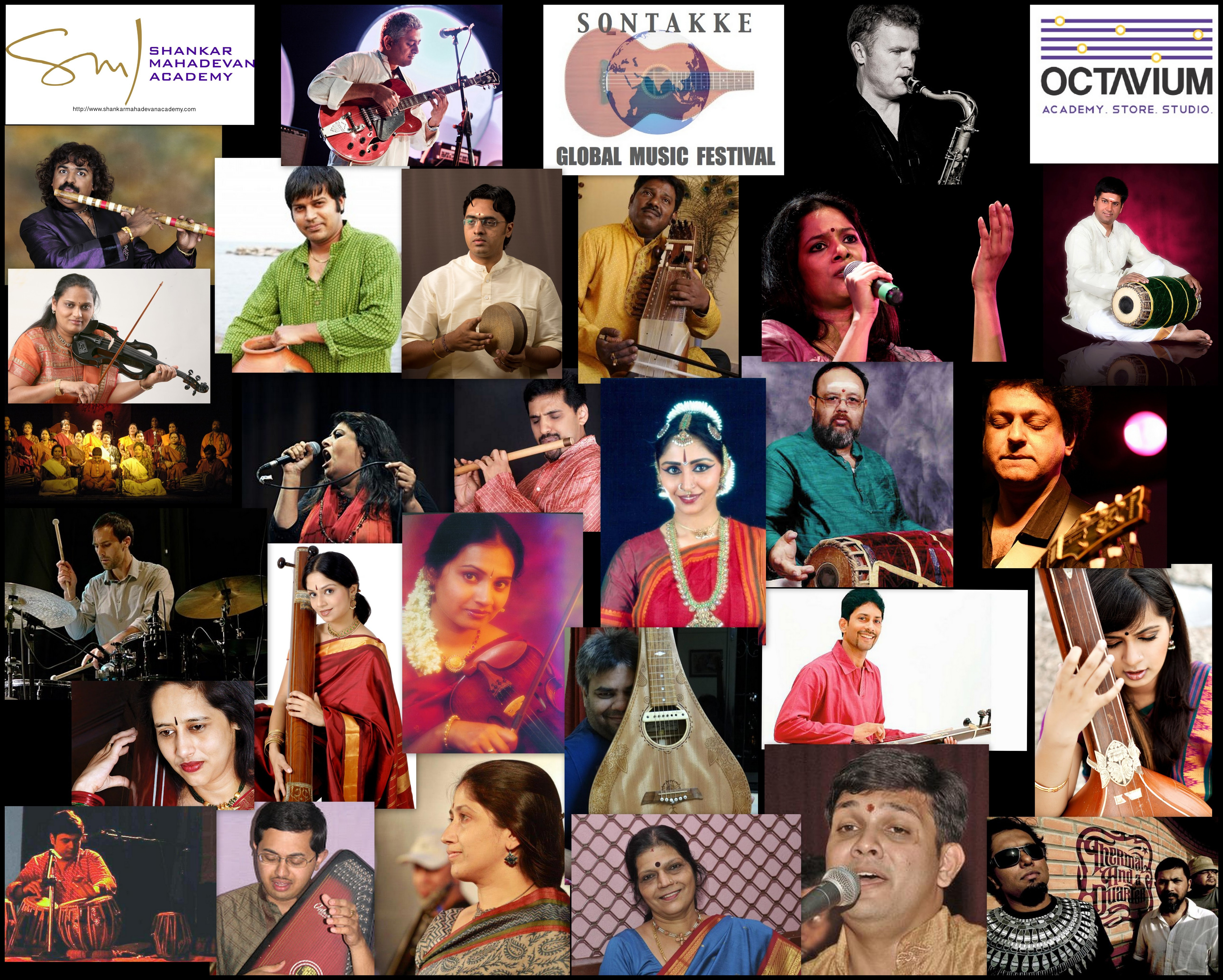 He is on the board of advisors for SHANKAR MAHADEVAN ACADEMY for Online Music Learning
Mentor and Consultant at Octavium Academy of Music.

Wednesday, February 1st, 2012
NAMM 2012 Breakfast of Champions Day 1 Concert: Prakash Sontakke – Slide Guitar and Salar Nader – Tabla Drums, brought to you by Abe Thomas and camera by Jon Hammond of HammondCast *Note: Prakash just emailed me that the name of this song is: “Kalyani”

He also has to his credit the challenge of doing the music score of aGerman Silent Classics film “Cabinet of Dr Calgary” .The music was played Live in front of a discerning audience at the Indo German Urban Mela .
He is the recipient of the prestigious Aryabhatta Award, Ganayogi Panchakshari Gawai Award & Dr Puttaraj Gawai award.Haveri Award by Vinayak Seva Samiti.
His creative explorations in Jazz and world music are deeply underlined by his classical training. He has performed his guitar for Several commercial cinemas in Hindi ,Kannada ,Malayalam ,Tamil , Bengali ,Punjabi Urdu, English including some European Theatre .


Prakash Sontakke has featured in the Coke Studio Season 2 @ Mtv with the rocking directors of Bollywood Ehsaan Noorani and Loy Mendonsa .