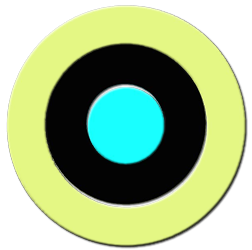 Paris 1919 is the quasi-collective musical group from producer/experimentalist/culture ReMixer: Chris Strouth. In the six degrees of separation between John Cage and Judas Priest, Chris Strouth is number three. The line up of the group changes with each recording or performance. . The current core live band consists of Strouth, Drew Miller (bass electronics), Tabatha Predovich (vocalist) and Eric White (percussion)

The music this group makes is hard to put into words channeling bits of prog, classical, experimental, techno, musique concrete, world, ambient, and death metal.   It can turn from  “Interstellar Overdrive” to “Music for airports” on a dime, and make stops in Haiti and Brazil along the way.

This is from the record Book of Job by Paris1919.
It uses a 1903 film by Cecil Hepworth of Alice in Wonderland.
The original print was pretty well destroyed and this video takes that a few steps further. It's an older track but its a big favorite.

A silent film from 1907 by George Méliés, with a new score provided by Paris1919. The score was recorded live from a 2011 performance at the Ritz theater in Minneapolis.

The film is fairly self explanatory- satan goes to jail, and spolier alert-gets out of jail.


This film is "the Revenge of the Kinematograph Cameraman" AKA" the Cameraman's Revenge" made in 1912 by russian stop motion pioneer Ladislas Starevich. The film is in the public domain.