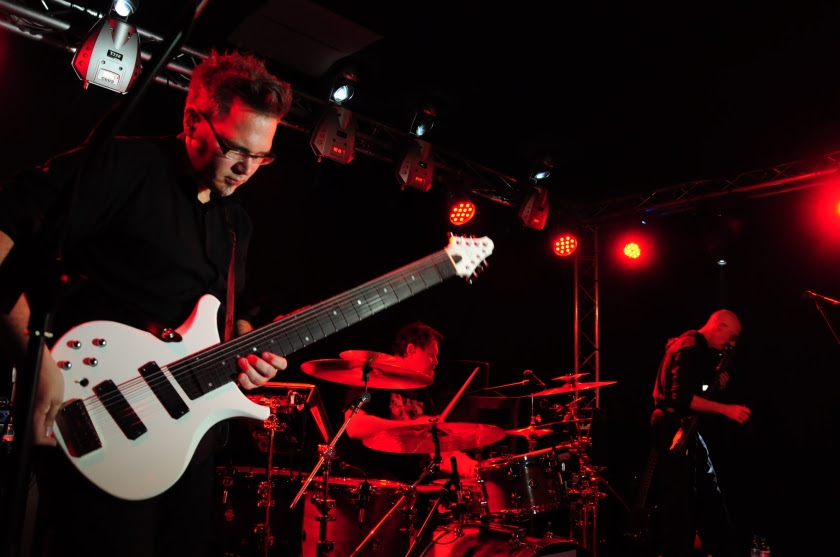 Markus Reuter (b.1972 in Lippstadt, Germany) is a composer, record producer, performing musician, educator and psychologist whose career has received international recognition.


Reuter played several instruments as a child and began composing at the age of thirteen. In his teens, Reuter studied music history, theory, and analysis with Karlheinz Straetmanns, a composer in the lineage of Harald Genzmer and Paul Hindemith. From 1991 to 1998 Reuter attended Robert Fripp’s Guitar Craft in which intensive courses in music combined with the philosophical teachings of J.G. Bennett and George Gurdjieff played an influential role. The latter’s work on movement, especially his Sacred Dances, had a lasting impact on Reuter’s development of a systematic playing technique for the Touch Guitar, the eight string electric guitar he has since adopted as his main instrument.

Reuter went on to study Psychology at the University of Bielefeld while practicing instant composition with a system of out-of-synch looping devices – an approach that led to several critically acclaimed releases as a soloist and with the group Centrozoon – and free improvisation with Prof. Gerd Lisken’s Chaos Orchester Bielefeld. He further deepened his interest in permutation-based compositional principles during apprenticeships with Belgian composer Daniel Schell and Indian music scholar Ashok Pathak.

In TUNER, an ongoing collaboration with drummer Pat Mastelotto, Reuter has applied the generative harmonic designs used in Todmorden 513 to a rock context. In 2010, Markus joined Stick Men (with bassist Tony Levin and Mastelotto), with whom he has recorded and toured extensively on four continents.

Markus Reuter playing the U8 Deluxe

Which is the first musical sound you remember?

I used to dream of the "Holy Grail" in music, and it's been my motivation. Not anymore. I'm sure that some of my works can potentially be "the music I was always looking for" for many people. So really, my current dream is more practical. I wish for at least a part of my work to be discovered so that people will get access to it, i.e. it would be great if there was more awareness for my work.

I am not the kind of person that is really proud of anything. I don't think like that. In terms of personal musical achievement there's my album Trepanation, and my composition Todmorden 513, which signifies the first time I managed to transcend myself in a composition. And then there's centrozoon, a very special music world that is very close to my heart.

It really depends on the individual. I do need to practice my art in order to be able to respond to the creative impulse, but it's just one element in my big bag of tools.

Anything goes, but only few dare.

If you want to play it, it's a good guitar. If it does you harm, it's a bad guitar. Some guitars are both good and bad at the same time.

What are you waiting for?

I'm not waiting for anything or anybody at this point.

Talk me about Touch guitar

The U8, the instrument I developed, is a full-range electric guitar instrument that is optimized to be played tap-style with all 8 fingers. You can find more info at www.touchguitars.com

In your own experience, what is the relationship between memory and music?

Memory plays a significant role in the experiencing of music. Humans are pattern-recognition machines, and obviously, memory is integral to any recognition. In my work I use patterns that follow a logic that the subconscious immediately understands, but that the conscious might find surprising. By making the brain oscillate around this fine line between the conscious and subconscious, something remarkable can happen.

The symphonic version of TM513 will get released on April 18th 2014. Other than that I have been working on some live albums and will hopefully get to work on some new music of my own early in 2014.