Loosely based on a section of the great Indian Mahabharata epic, Mori's Bhima Swarga (The Heaven of Bhima) is a riveting audiovisual exercise that uses mural paintings from the 18th century Kertha Gosha court in Bali to create a beautiful jigsaw of colour, glitch, figurative exoticism and plastic abstraction. The "original" Bhima Swarga tells the story of Bhima's excursion into hell (naraka) to rescue the souls of his father and co-mother and escort them to the gods' heaven. After fighting hosts of ill- and good-natured demons, Bhima and the remaining Pandava brothers must face the violent opposition of ill- and good-natured gods, who, though respecting the hero's resolve to fulfil his promise, cannot tolerate such an inversion in the established order of things. Bhima eventually dies in heaven but is restored to life and glory and given the amrut, the elixir of immortality.

Pregnant with philosophical and eschatological significance, the Mahabharata narrative is not Mori's primary focus and is understandably sacrificed in the name of her aesthetic concerns; though these narrative elements are vaguely recognisable, someone unacquainted with the story will hardly grasp these basic guidelines and will instead be overwhelmed by Mori's impressive computer-genrated visuals. Bhima Swarga focuses on the on the beautiful mural paintings of the Kertha Gosha court, which are animated in ways that recall some sections of Paley's brilliant Sita Sings the Blues. But unlike Sita, Mori's Bhima is interested in the uses of visual distortion and glitch for the creation of new aesthetic possibilities. Source materials and backgrounds are corrupted, degraded and pushed to the limits; their integrity is not to be respected and even their figurative nature is often lysergically distorted beyond recognition.

The soundtrack features Mori's trademark laptop gimmicks, proving how much the author has matured since her early adventures in electro-foam. A rich sonic palette evolves over the 21 minutes of the piece, ranging from dizzy-ambient sections to her more characteristic crystalline-yet-hectic rhythmical panning. There are a few short takes on the Balinese gamelan and raga traditions, but these fortunately turn out to sound more like respectful tributes than any form of exotic pillage or, even worse, new age pseudo-reverentialism. In the end, Bhima Swarga could hardly stand as a companion to the original Mahabharata story, but would certainly feature among Mori's most rewarding works. 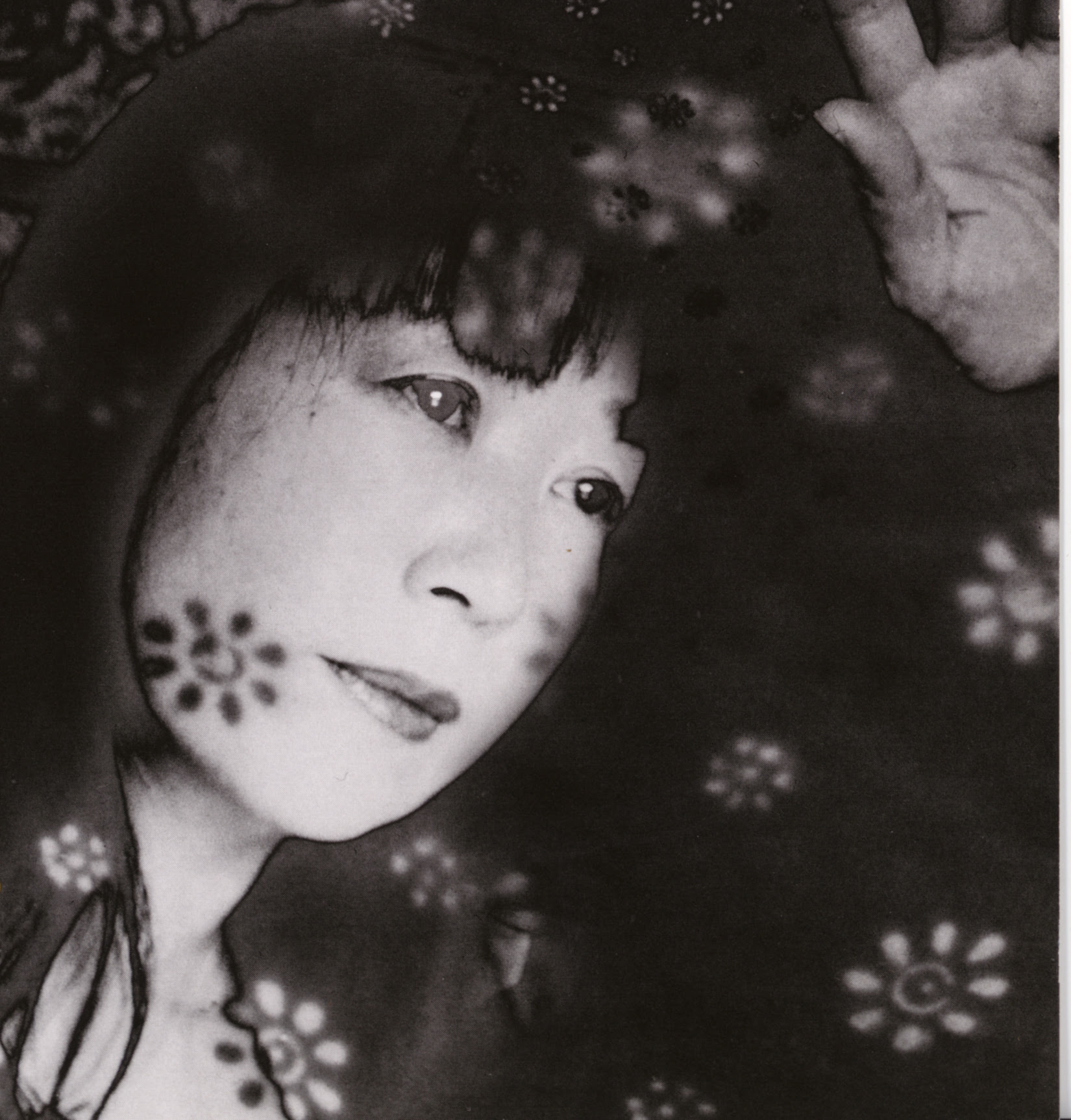 Ikue Mori was born and raised in Japan. She says she had little interest in music before hearing punk rock. In 1977, she went to New York City, initially for a visit, but she fell into the music scene, and has remained in New York since.

Her first musical experience was as the drummer for seminal no wave band DNA, which also featured East Village hero, Arto Lindsay. Though she had little prior musical experience (and had never played drums), Mori quickly developed a distinctive style: One critic describes her as "a tight, tireless master of shifting asymmetrical rhythm", while Lester Bangs wrote that she "cuts Sunny Murray in my book." His comment is no small praise, as Murray is widely considered a major free jazz drummer.

After DNA disbanded, Mori became active in the New York experimental music scene. She abandoned her drum set, and began playing drum machines, which she sometimes modified to play various samples. According to Mori, she was trying to make the drum machines "sound broken." Critic Adam Strohm writes that she "founded a new world for the instrument, taking it far beyond backing rhythms and robotic fills." In recent years she has used a laptop as her primary instrument, but is still sometimes credited with "electronic percussion". 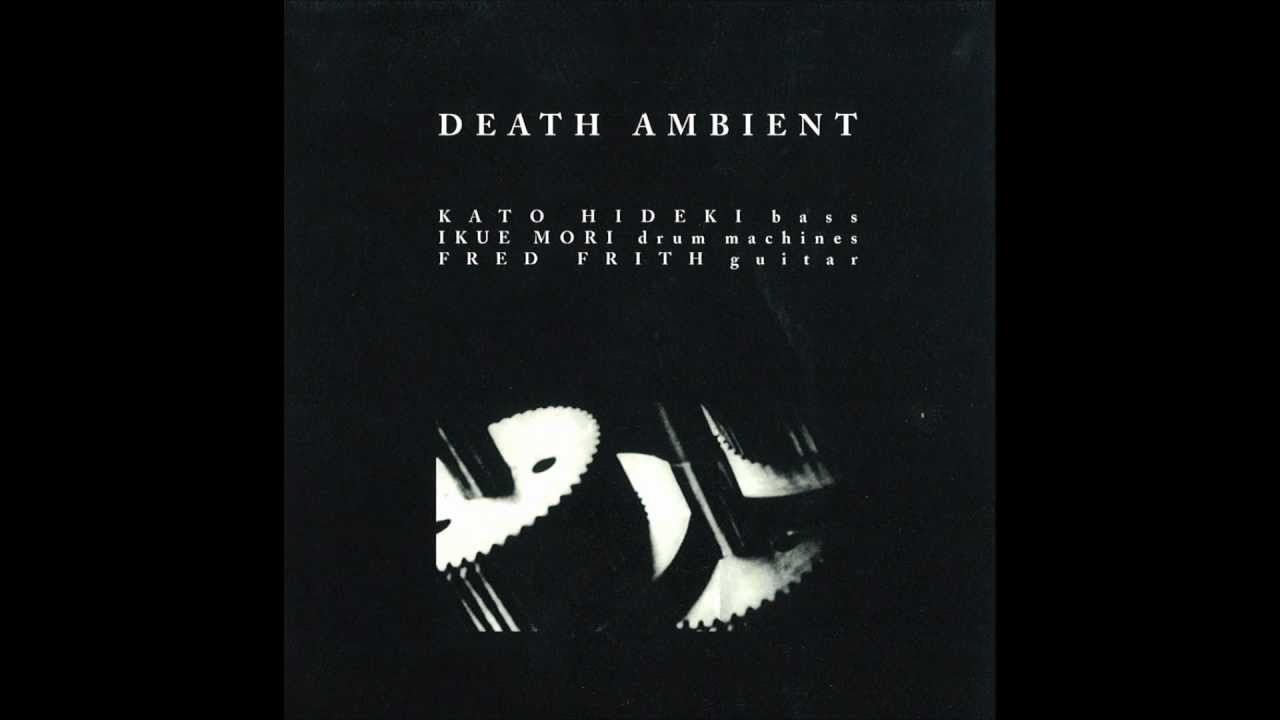 Beyond her solo recordings, she has recorded or performed with Dave Douglas, Butch Morris, Kim Gordon, and many others, including as Hemophiliac, a trio with John Zorn and singer Mike Patton, as well as being a member of Zorn's Electric Masada. With Zeena Parkins, she records and tours as duo project Phantom Orchard. She often records on Tzadik, as well as designing the covers for many of their albums.

Mori has drawn inspiration from visual arts. Her 2000 release, One Hundred Aspects of the Moon was inspired by famed Japanese artist Yoshitoshi. Her 2005 recording, Myrninerest, is inspired by outsider artist Madge Gill.

2003 commissioned by RELACHE Ensemble to write a piece for film In the Street and premired in Philadelphia. Started working with visual played by the music since 2004. In 2005 Awarded Alphert/Ucross Residency.

Ikue received a grant from the Foundation for Contemporary Arts in 2006. In 2007 the Tate Modern commissioned Ikue to create a live sound track for screenings of Maya Deren's silent films. In 2008 Ikue celebrated her 30th year in NY and performed at the Japan Society. Recent commissioners include the Montalvo Arts Center and SWR German radio program. Current working groups include MEPHISTA with Sylvie Courvoisier and Susie Ibarra, PHANTOM ORCHARD with Zeena Parkins, KIBYOSHI project with Koichi Makigami and Mark Nauseef and various ensembles with John Zorn